“Booksmart” came into the entertainment world with this description in the2009 edition of The Black List, an annual list that gets passed around Hollywood of the best screenplays not yet produced:

“Two overachieving high school seniors realize the only thing they haven’t accomplished is having boyfriends, and each resolves to find one by prom.”

Ten years (two more screenwriters, a relentless producer, and an ambitious actress making her feature directing debut) later, the movie, now with a one-word title instead of two, has critics gushing and is one of the most anticipated movies of the summer.

How in the world did we get here?

Let’s pick things up around 2014. At that point, the Halpern and Haskins (producers/writers on “Black-ish” and “The Mayor”) script had made the rounds but not gotten anywhere. Then Susanna Fogel (director of “The Spy Who Dumped Me”) came on the give it a pass. She made one of the characters gay and tweaked the plot from overachieving high-school girls trying to get boyfriends by prom, to overachievers realizing their two crushes are single and seeking them out at an after-prom party.

Megan Ellison’s Annapurna Pictures saw potential and bought it. The company then teamed with Jessica Elbaum of Gloria Sanchez productions, the female-focused production shingle of Will Ferrell and Adam McKay’s Gary Sanchez Productions, to make it.

“It was something that I was instantly attracted to and something that I wish I had as a kid,” Elbaum told Business Insider of why she signed on. “It was reminiscent of ‘The Breakfast Club’ and ‘Fast Times at Ridgemont High’ and I had not made one of those yet so I was like, ‘Yes, sign me up!'” 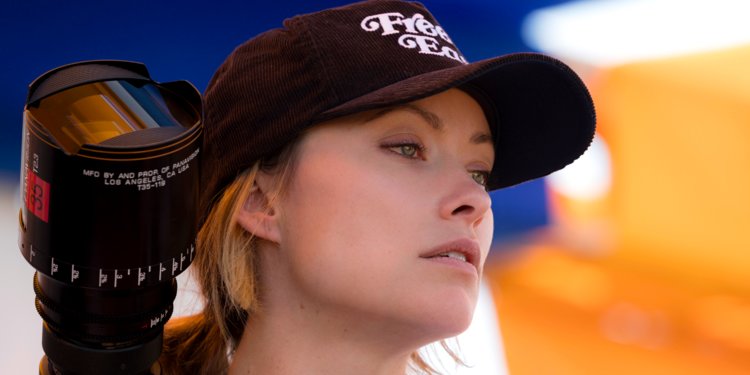 Olivia Wilde on the set of “Booksmart.”Annapurna PicturesAnd Elbaum thought she had the perfect director for it: her friend, Olivia Wilde.

Wilde is known best as an actress with a filmography that ranges from “The O.C.” to “TRON: Legacy,” but recently she has been putting her focus into producing and directing shorts and music videos as well.

“We were driving one day and I told her that I had the perfect project for her,” Elbaum recalled telling Wilde. “I sent her the script and literally two days later she said she loved it.”

Wilde came in and pitched for the directing job. But she didn’t stroll in thinking she had it locked up because of her Hollywood pedigree. She showed up with a full outline of how she wanted to do the movie with visual aids that included one sequence that would be in stop-motion animation, in which she wanted the two leads to become Barbie dolls.

Wilde got the job.

Next, Elbaum connected Wilde with screenwriter Katie Silberman, who had recently wrapped on what would become the romantic comedy sensation for Netflix, “Set It Up.”

“What we wanted to do was update the story to 2019, because so much had changed for young women,” Silberman told Business Insider. “We really clicked when we realized we wanted to do the same thing.”

And that “same thing” was telling a high-school story that would pay homage to the classics in the genre, but also resonate with young people today.

Then Silberman pitched Wilde the idea that would make “Booksmart” stand out:

What if the two friends realized that they did high school all wrong? What if they realized that everyone they thought just partied and wasted their high-school years were going to Ivy League schools just like them? 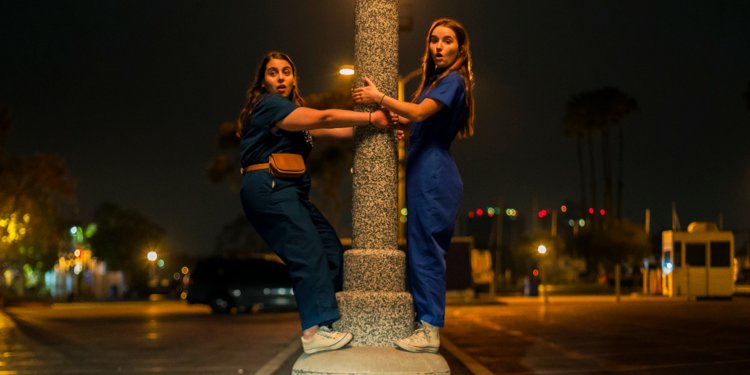 (L-R) Beanie Feldstein and Kaitlyn Denver in “Booksmart.”Annapurna PicturesThey scrapped the prom plot and the story now revolved around the two friends, Molly (Beanie Feldstein) and Amy (Kaitlyn Dever), embarking on a night out to find the end-of-school-year party.

The film was shot last summer in 26 days around Los Angeles with four weeks of night shoots. That wasn’t an ideal situation for any filmmaker, let alone someone making her first feature. But Silberman, who was also a producer on the movie, said it was Wilde’s focus that kept everyone on task.

“You need someone at the helm who has a fundamentally strong idea of what the story is,” she said. “Olivia not only understood it so well but was really brilliant at making sure we knew it too and conveying it to us.”

That was a necessary element because — from casting through shooting — Silberman was constantly tweaking the script to fit the actors’ strengths. Wilde was less focused on choosing actors who would fit what was on the page and instead selected those who wowed her.

Read more: “Booksmart” is more than just the must-see movie of the summer: it’s generation defining

“She would come back from a casting session and say, ‘We don’t have anyone like this yet, but we have this incredible actor and we have to put them in the movie,'” Silberman recalled. “So we would either create new characters or adjust what was on the page to make it fit that person.”

There were also whole new sequences made from scratch that needed to be fit into the story, like Wilde’s idea for a stop-motion sequence.

In the movie when Molly and Amy accidentally take drugs for the first time, Wilde wanted their hallucination to be specific. And for two feminists, nothing would freak them out more than being turned into Barbie dolls. So Silberman crafted the scene in the middle of the movie, and gave it a little kick at the end.

“Their version of the drug nightmare would be being stuck in the body of a Barbie doll, which represents everything they think is wrong with society, and then one of them actually likes it,” Silberman said. 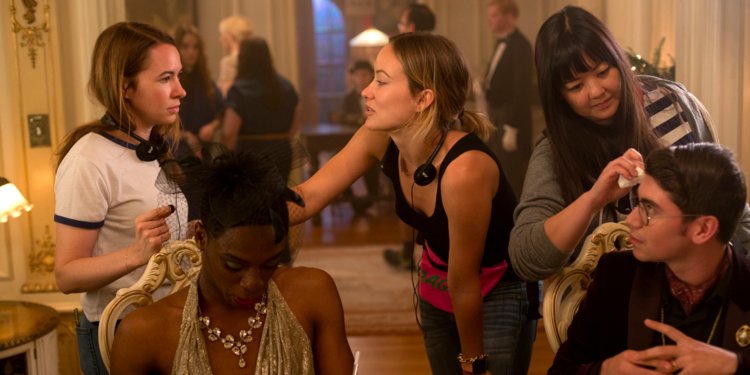 (L-R) Katie Silberman and Olivia Wilde on the set of “Booksmart.”Annapurna Pictures

It was the ambition of Wilde that thrilled both Silberman and Elbaum.

“As a producer, you hear about shooting, say, an underwater shot, [and] all you think is it’s going to add time and money — and the stop-motion sequence is typically something that would be the first thing on the chopping block — but she pulled it off,” Elbaum said. “She made the movie feel bigger than what it should have been, that’s not easy.”

The movie had its world premiere at the South By Southwest Film Festival this year and was an instant hit. Critics are almost universally in love with it and it has a 98% rating on Rotten Tomatoes.

“We wanted young women to see themselves, especially if they have felt they haven’t been given that before,” said Silberman, who is currently developing another female buddy movie with Wilde. “But I think it’s really rewarding that men are responding to it as well as women. Older people as well as high schoolers. Because it’s meant as much to be nostalgic as it is modern.”

But Elbaum added that the changing tide in Hollywood has helped women-led stories like “Booksmart.” Back in 2009 (when “Booksmart” was “Book Smart”), it would have been difficult to get the movie released in a significant way.

“What I have set out to do is work with women in front and behind the camera, and tell stories that are by women but for everybody,” Elbaum said. “What has changed is not what I’m trying to do, it’s just that everyone is really into it now.”

“Booksmart” is currently playing in theaters.