This weekend I have … an hour, and I’m wilting 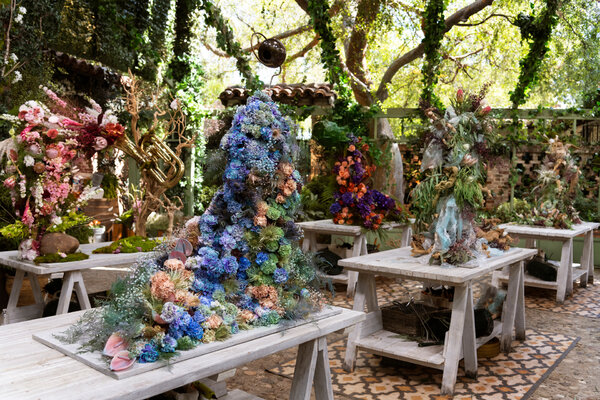 ‘Full Bloom’
When to watch: Now, on HBO Max.

At this point, skill-based reality contest shows are part of a balanced breakfast. Somewhere between doomscrolling, “Jeopardy!,” rewatching an excellent but depressing prestige drama and maybe bingeing a midrange British murder show, you need a little something else — something light and bright. The vibe of this competitive floral arranging show is more “Top Chef” than “Great British Baking Show,” and it also includes occasional festive tips for the home florist. (Netflix has a flower competition show, “The Big Flower Fight,” but this one is better.) The first four episodes are available now, and two new ones come out the next two Thursdays.

… a few hours, and I’m a chorus person

‘Voices of Fire’
When to watch: Starting Friday, on Netflix.

This new six-part series about assembling a gospel choir, in which performers are assessed not only on their pipes but also on the potency of their Christian testimony, is just OK as docudramas go. But if you’re someone who usually finds joy and sustenance by singing in groups, and the last 10 months have left a hole in your heart where that usually goes, this is great. There is no faster, more transcendent way to understand the difference between the power of an individual and the power of a community than by singing together, and while no show can quite engender that emotional electricity, “Voices” captures it beautifully.

… a few hours, and I want a political drama but only sort of

‘Humans’
When to watch: Now, on Amazon.

A few weeks ago I set out to rewatch a few episodes of this grounded three-season sci-fi show, but instead I binged the entire thing and have been thinking about it ever since. Gemma Chan stars as a “synth,” a widely available helper robot — but she has developed sentience, and maybe she’s not alone. “Humans” is a solid domestic drama beyond its robot stories, and it has plenty to say about xenophobic hostility and the purpose it drains out of our lives. If you want something between “Battlestar Galactica” and “Borgen,” watch this.