Our critic recommends an emotional sports documentary, a ghost show and a terrific coming-of-age comedy.

This weekend I have … 40 minutes, and I need an emotional journey. 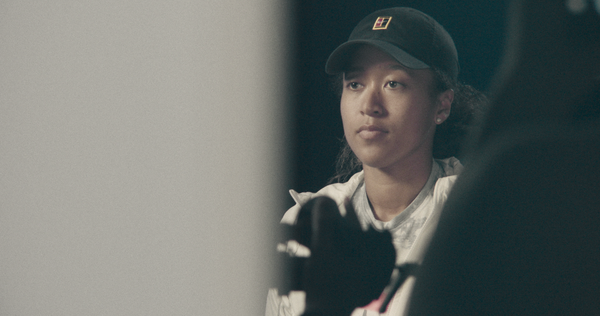 ‘Naomi Osaka’
When to watch: Arrives Friday, on Netflix.

“Did you think by the time I was 22, I would have done more?” the tennis star Naomi Osaka murmurs to her mother. “Or do you think this is, like, acceptable?” A moment later, her festive birthday cake is placed in front of her as she stews uncomfortably. It’s one of the most haunting scenes I’ve ever seen in a sports documentary. Sure, there are also robust training montages and glimpses of unusual gym devices (the highlight of all sports docs), but the focus of this new three-part mini-series is more on the psychological aspects of Osaka’s game rather than on the strictly athletic ones.

If you miss “Wynonna Earp,” or if you’ve ever watched more than two episodes of “Bones” in a row, or if you are obsessed with “Evil” and need to scratch that itch more than once a week, try this new horror procedural. Tim Rozon stars as a mystical real estate agent who, with his band of merry weirdos, rids homes of ghosts, demons and various scary creatures the way other agents stage furniture. The show radiates mid-budget Canadianness, a perfect vibe for a summer show: thrills and chills, a little romance, a few decent jokes, a few lousy jokes, some great hair, a brooding dude with a sad back story, a savvy lady with a different sad back story and secondary characters who are very extra.

‘Never Have I Ever’
When to watch: Now, on Netflix.

Season 2 of this wonderful young-adult series, created by Lang Fisher and Mindy Kaling, is now streaming, and the high schooler Devi (Maitreyi Ramakrishnan) has her hands full: Suddenly, she has two guys interested in her, which is both a huge achievement and a major headache. Everything that was good about Season 1 is just as good or better here, especially John McEnroe’s jokey narration, Poorna Jagannathan’s performance as Devi’s recently widowed mother and the show’s overall sense of humor. Everything that was not as successful — namely that Devi’s BFFs seem as if they’re from a different show — has worsened slightly.