Hunter Biden’s new memoir Beautiful Things is a searingly candid portrayal of addiction and its equalizing force on President Joe Biden’s son’s life, who spent untold amounts of money on his alcohol and drug addictions over the years — and, as he details in the book, untold more thousands in his unsuccessful attempts to procure drugs. Once his crack addiction took hold, Hunter Biden made friends where he could in order to avoid being ripped off or sold something dangerous. One such friend was a woman he calls Rhea: “a homeless, middle-aged Black woman” whom he first met as a college senior, buying crack. A decade later, they reunited in DC, and Rhea wound up moving in to Biden’s apartment for five months, an experience he documents in detail in the book. 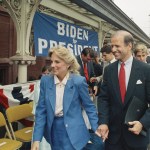 
Meet the Bidens! Our Favorite Photos of Joe, Jill, & Their Giant Family Over the Years

Biden first introduces Rhea by explaining how she took pity on him after someone scammed him out of $100 when he was trying to buy crack, and bought some for him when he was in college. A decade later and struggling with addiction worse than ever, Biden once again goes looking for her while he’s living in Washington, DC.

“Almost anyone who lives or works in DC has at one time or another seen Bicycles [Rhea] weaving in and out of traffic or swerving around sidewalk pedestrians on a mountain bike that looks three times too big for her,” Biden writes. “She usually sports a backpack and a baseball cap, and has a sharp, piercing voice that can be heard a block away as she shouts for everybody to get the hell out of her way.”

“Rhea eventually moved into my apartment and stayed for about five months. It was raining cats and dogs one evening when she stopped by under my window to see if there was anything I needed. She was soaking wet, and I insisted she come inside,” he continues. “She lugged her bike up to the second floor, saw a mattress in my empty second bedroom, and fell asleep there. The next morning, I went to work and left a spare key…Five days later, I cut her her own set of keys.

While Biden knew it was an unconventional arrangement, everything about his life at the time was unconventional, starting with the fact that he was smoking crack all day and night and couldn’t see a way out.

“I probably bugged her more than she bugged me. She got mad when I left dirty clothes on the coffee table or spilled vodka on a rug,” he describes. “Mainly, however, we just planted ourselves on the couch and smoked a ton of crack. For endless hours, day after day, it was the same numbing ritual, over and over and over: pipe, Chore Boy, crack, light.”

Biden describes many friendships like this with other fellow addicts or homeless people throughout the book: people who take his money or stay in whatever lodging he has in exchange for procuring him drugs. And while he looks back on other relationships with shame and regret, it’s clear that this one-time roommate holds a special place in his heart.

“I loved Rhea as much as I’ve ever loved a friend. She’s the only person from that period of my life I actively maintain good memories of,” he writes, adding: “Rhea breaks my heart more than any friend I’ve ever had.”

As far as Hunter Biden knows, “Rhea” is still living on the streets of DC. He said he hopes to visit her again one day, but it’s clear he doesn’t yet feel there’s enough distance from his addiction to safely reach out.

“One day I hope to be strong enough to go back to see Rhea, in that very dark place she resides,” Biden writes. But the lesson of their shared humanity lives on.

If you or someone you know is struggling with addiction, you can get help by calling the Drug Addiction Hotline at 1-877-813-5721.

Before you go, click here to see our favorite photos of Joe Biden being a loving dad. 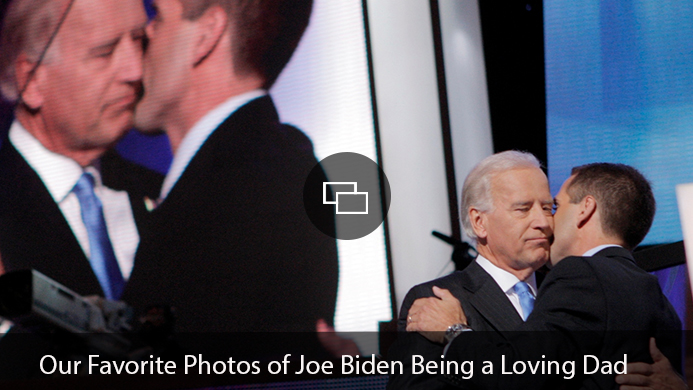