Matt Hancock’s reunion on the bridge with his girlfriend Gina Coladangelo during the I’m A Celebrity bridge during the final couldn’t help but remind viewers of the moment the pair were caught kissing in CCTV footage when they were both married.

Last night on the ITV programme, Lioness Jill Scott was officially crowned the new Queen of the Jungle, becoming the first LGBTQ+ woman ever to receive the title.

Following his elimination from camp, Hancock spoke to Ant and Dec about his time on the series, as well as the qualms his fellow celebrities and members of the public had about him taking part in the first place.

He then ventured over to the infamous bridge for his exit photo op, leaving his hat on the side ahead of posing for photographers, before he and his girlfriend Gina embraced on the bridge.

The sight of Gina wrapping her arms around her partner while he hugged her around her back couldn’t help but remind viewers of the moment in June 2021 when CCTV captured them sharing a passionate kiss, confirming their affair. 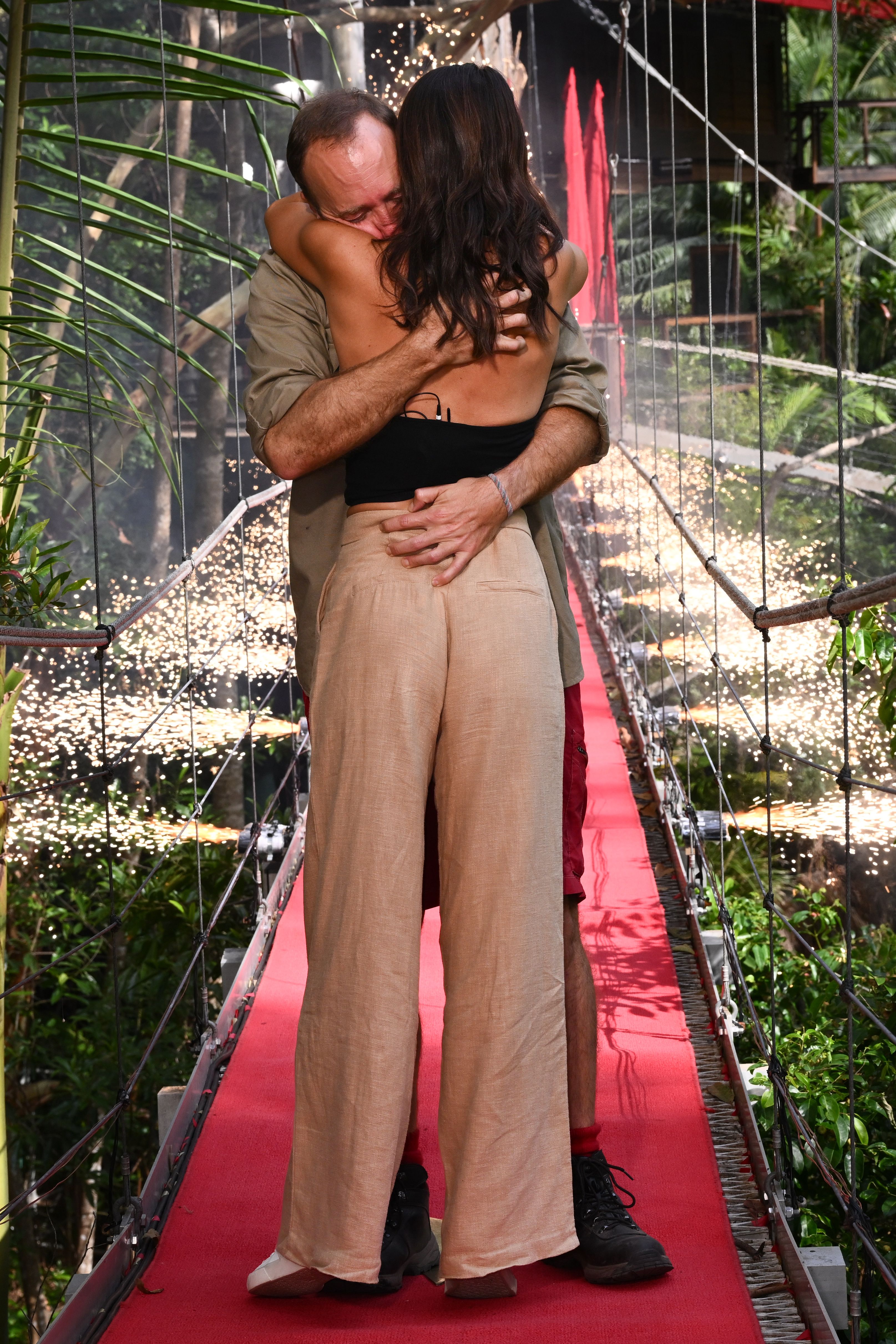 Not only did the footage spark controversy due to the fact that they were both married to other people at the time, but it also took place at a time when social distancing guidelines were still in place amid the Covid-19 pandemic.

Millionaire lobbyist Gina worked for Hancock at the time as an aide, having been hired as an unpaid advisor the previous year.

While on I’m A Celebrity, Hancock addressed his cheating scandal, telling comedian Babatunde Aléshé: ‘I messed up and I fessed up. I resigned and it’s no excuse, but I fell in love, right? That also had a lot of other consequences obviously.’

The comic joked in response: ‘You didn’t just “fall in love” – you were grabbing booty bruv!’

As Hancock and Gina were reunited, after she flew out to Australia to support him alongside the friends and family of the other campmates, several I’m A Celebrity fans were reminded of the moment their tryst was made public.

‘Did anyone notice that Matt kissed and cuddled his GF the same way he did when he got caught on the CCTV?’ one person tweeted, while another wrote: ‘Not Matt Hancock recreating that CCTV footage on the bridge…’

‘Did I just watch Matt Hancock re-enact the CCTV footage?’ someone else remarked, as one person penned: ‘Just what we all needed: seeing Matt snogging in HD and not just on CCTV.’