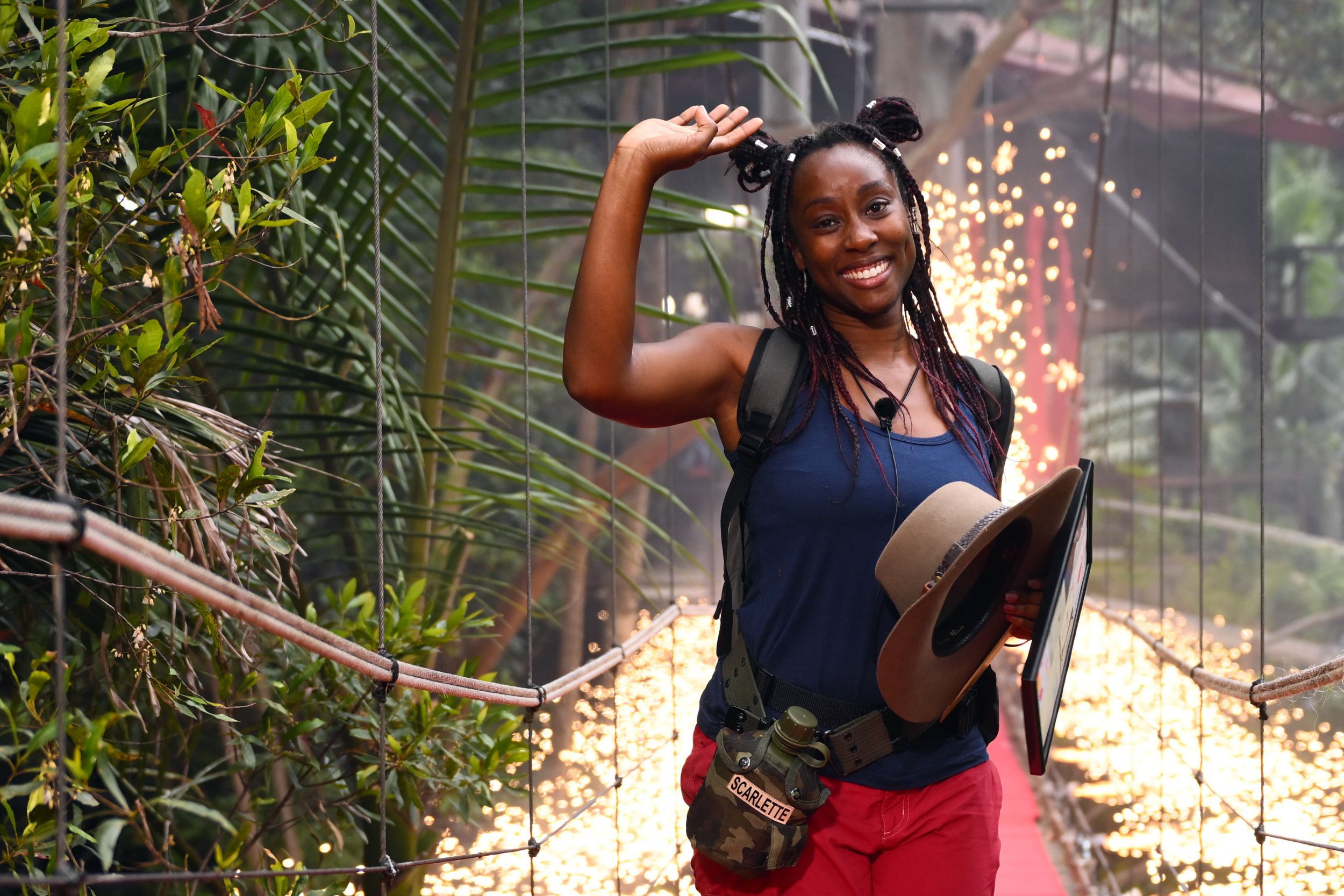 Many I’m A Celebrity…Get Me Out Of Here viewers have been left angry after the British public voted Charlene White and Scarlette Douglas – two Black women – out of the jungle first.

Loose Women star Charlene was the first star to leave the jungle, making her departure on Friday.

Fans were then shocked by A Place In The Sun star Scarlette being voted next to leave on Monday. It was between her and Babatunde Aleshe to leave (although hosts Ant and Dec confirmed the names are read out ‘in no particular order’, meaning he didn’t necessarily receive the next lowest amount of votes).

Some have accused the voting public of racism.

Another said: ‘The first 2 out of I’m a Celebrity are black women. Hancock is still there. Be ashamed British public’.

‘People are so obviously racist. the first two people to leave are black women and in the odds one of the people most likely to leave, is a black man. im actually sick of this, theres never been a black winner either. this was supposed to be the year, with scarlette,’ one more said.

I’m A Celebrity, which has been on air for 22 series, has never had a Black winner.

Holly Willoughby addressed fuming fans after Scarlette’s exit, telling them to pick up the phone and vote.

She argued: ‘But that’s what happens! We have this on Dancing On Ice and all these sorts of shows.

‘You can be in uproar, but if you didn’t pick up the phone and vote for somebody, this is what happens.’

Holly’s This Morning co-host Phillip Schofield pointed out that Babatunde’s name being called out at that moment doesn’t necessarily mean he was actually the closest to Scarlette.

‘Although… we know that that’s not necessarily true. They have the bottom one and they pick a random person which is the most controversial,’ he said, while Holly – who hosted the show alongside Dec Donnelly in 2018 – insisted she couldn’t remember.

He added: ‘I’m pretty sure that it is not the bottom two.’

A Place In The Sun star Scarlette became incredibly tearful as she said her goodbyes and hugged her fellow celebs, while Babatunde seemed particularly shocked.

In her exit interview, Scarlette spoke about being a ‘team player’ and how she loved to ‘keep busy’ in camp.

When Ant told her the camp are going to miss her because she’s been such a ‘positive force’, Scarlette grew tearful once again, as she said she already misses everyone.

I’m A Celebrity returns tonight at 9:15pm on ITV.