The first major international art event since the lockdown started took place as smaller gatherings around the city, rather than under a single roof. 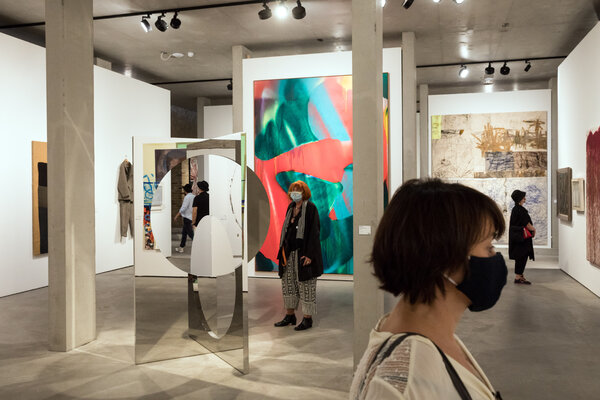 BERLIN — It has been a long time coming, but after six months of coronavirus-enforced inactivity, the international art world was re-energized by a hectic week here of live exhibitions and events. With all the summer’s most important live art fairs, exhibitions and auctions canceled, Berlin Art Week, which ended Sunday, became the art world’s first significant international event since March.

Anchored by Gallery Weekend Berlin, a collaborative promotion of dealer-organized exhibitions that was postponed from its usual slot in April, the event also included the Positions Berlin fair, a platform for less-prominent dealerships, primarily from Germany, and numerous satellite shows at which the art was also on sale. These coincided with the openings of longer-term, noncommercial exhibitions like “Studio Berlin,” a collaboration between the local married collectors Christian Boros and Karen Lohmann and the techno club Berghain, and the Berlin Bienniale. 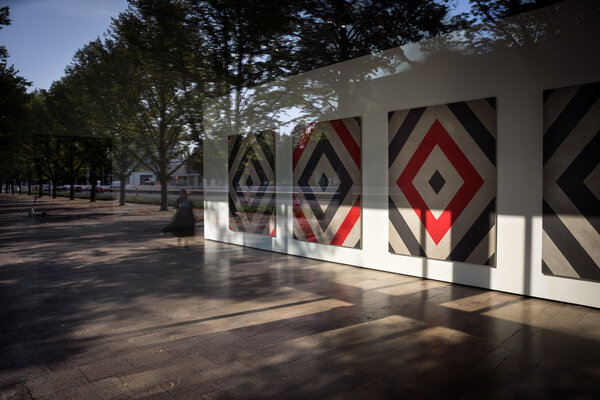 “For this moment, it’s the perfect event,” said Maike Cruse, the director of Gallery Weekend. “The exhibitions are decentralized and localized, and it’s nice for visitors to be outside.”

The spread-out format of Gallery Weekend, with shows by 48 galleries around the city, is better suited to these virus-conscious times than the enclosed convention centers of fairs such as Art Basel. But many international collectors continue to be wary of — or prohibited from — boarding airplanes. As a result, this year’s Gallery Weekend Berlin attracted a smaller, more local crowd, leaving dealers to rely on online transactions to top up their sales.

To ensure safe visits for those who could be here, opening hours were created for V.I.P.’s from Wednesday through Friday, before the galleries welcomed the general public over the weekend. A lively Saturday night dinner for more than 1,000 guests that usually takes place on Gallery Weekend was canceled, replaced by an open-air brunch.

Face masks were mandatory in galleries. But, as Michael Short, a local art adviser pointed out, overcrowding is rarely an issue for Berlin’s widely scattered art dealerships. “They don’t have a problem with social distancing,” Mr. Short said. “There aren’t that many people in the galleries. Most galleries don’t sell here. They have long-term relationships around the world.”

Berlin has a reputation for lacking the ultrawealthy local buyers that can sustain a major international art fair. But city authorities estimate that more than 5,000 artists live in the city, and they are served by an impressive array of serious-minded dealers.

In recent years this combination, with its promise of discovering fresh talent at source, has attracted a global audience of discerning collectors to Gallery Weekend. This year, travel restrictions made it difficult for visitors from countries like the United States, Spain and China to attend.