Fewer headaches. Less severe hangovers. Better gut health. How do these health claims stack up against the science? 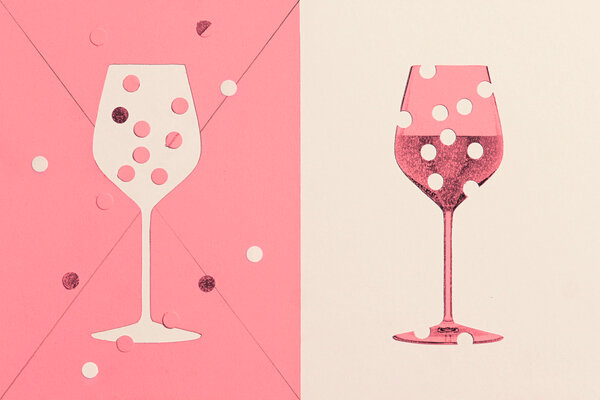 Natural wine is one of the hottest categories in booze right now, and the health claims are equally intoxicating: Drink natural wine, proponents say, and your headaches and hangovers will be less severe; you won’t feel as dehydrated; your gut health will improve.

So is natural wine actually better for you than its conventional counterparts, or is that just a bit of savvy marketing? We looked at some of natural wine’s most common health claims, and asked experts if they had any science to back them up.

What is natural wine, exactly?

Before assessing the health claims of natural wine, it’s important to agree on what we are talking about. Unlike products with the certified organic label, which must adhere to a clear and regulated set of federal requirements, natural wine is at best the result of a set of well-intentioned, voluntary production principles: Use organically farmed grapes; don’t add anything (like yeast) or modify anything (like acidity levels) during the fermentation process; don’t filter the final product (so as to retain its funky natural flavors and microbes); and add few to no sulfites (chemicals naturally produced during the fermentation process or added to preserve freshness or minimize oxidation).

At worst, natural wine is a marketing buzzword, capitalizing on a hugely popular cultural trend.

“It’s not like the term is regulated, so if a company tells you they’re selling natural wine, it’s impossible to know what they’re actually claiming,” Dr. Oberholster said.

One recurring argument is that conventional wines may be loaded with toxic pesticides, while natural wines — grown using organic viticulture practices — are not.

The evidence: According to Dr. Oberholster, all wine sold in the United States — whether conventional or otherwise — can contain only infinitesimal amounts of pesticide residue. Anything higher than that, regulators say, and it would pose risks to human health. “The levels of pesticide allowed in wine are barely even detectable,” she said. “You wouldn’t be able to pick them up without very advanced instruments. The levels are way below anything that could impact human health.”

Of course, there’s no evidence now that such small exposures to pesticides could affect health. But it’s possible we might later learn that cumulative exposures over time could. “Research evolves,” Dr. Oberholster said, “and what we know to be true now may not always be true.”

There’s a sense among aficionados that natural wine is less harsh or damaging to your overall constitution — “gentle on one’s system,” as Simon Woolf, a journalist and wine expert, said in a 2020 interview with Wine Scholar Guild.

Alice Feiring, a celebrated wine writer in New York City, said, “I don’t want to sound like other fanatics about this, but natural wine really feels better in your body,” though she was careful to note that this was not a scientifically backed claim.

Because natural wine tends to have a lower alcohol by volume (A.B.V.) level than conventional wines, some say, it’s easier to process the next day.

The evidence: Andrew Waterhouse, a professor emeritus and director of the Robert Mondavi Institute of Wine and Food Science at the University of California, Davis, said that natural wine was not going to ease your morning after.

“There is absolutely no proof that your natural wine hangover will be any less severe,” he said. Ms. Feiring agreed, noting she drinks “almost exclusively natural wine, and I have had more than my share of hangovers.”

“There’s no magic trick to avoiding them,” she continued. Ms. Feiring added that while some natural wines do have lower A.B.V.s, this is by no means a rule — and some natural wines have very high alcohol content. “Just go to your local wine shop and look at the labels if you want to clear up that common myth,” she said.

Is This A Scam?