ITV News presenter Chris Ship is usually on his best behaviour when presenting the news, but the public got a bit of a shock when he used some strong language on air.

The journalist was on the desk for ITV News at Ten on Thursday night when he introduced a segment by warning viewers they were about to get an earful.

‘Finally from me, a word we wouldn’t usually use anywhere in the bulletin but we will following a charity auction in New Zealand,’ he explained.

‘The money was raised after Prime Minister Jacinda Ardern called an Opposition politician, and these are her words not mine, an “arrogant p***k”.

As Ship explained, Arden was caught on microphone hurling the insult last week.

However after she issued an apology, she and ACT Party Leader David Seymour signed the official record of the exchange and decided to auction it for charity.

The gaffe ended up grabbing so much attention that the document was sold for £52,000, with the money going towards a prostate cancer charity. 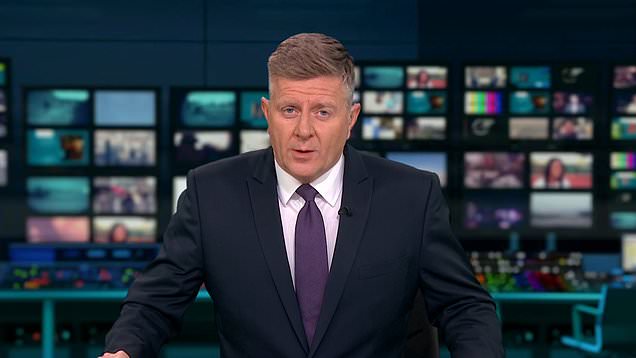 Ending the segment with admitting they had to ‘write that one very carefully’, Ship later shared the clip to Twitter, joking that ‘it’s not everyday you end up saying the words “arrogant p***k” on the news’.

His post picked up plenty of replies, including one where someone pointed out it was ‘surprising given you’re a royal correspondent’.

Since 2017, Ship has been the Royal Editor for ITV News.

Others commended his effort to the cause.