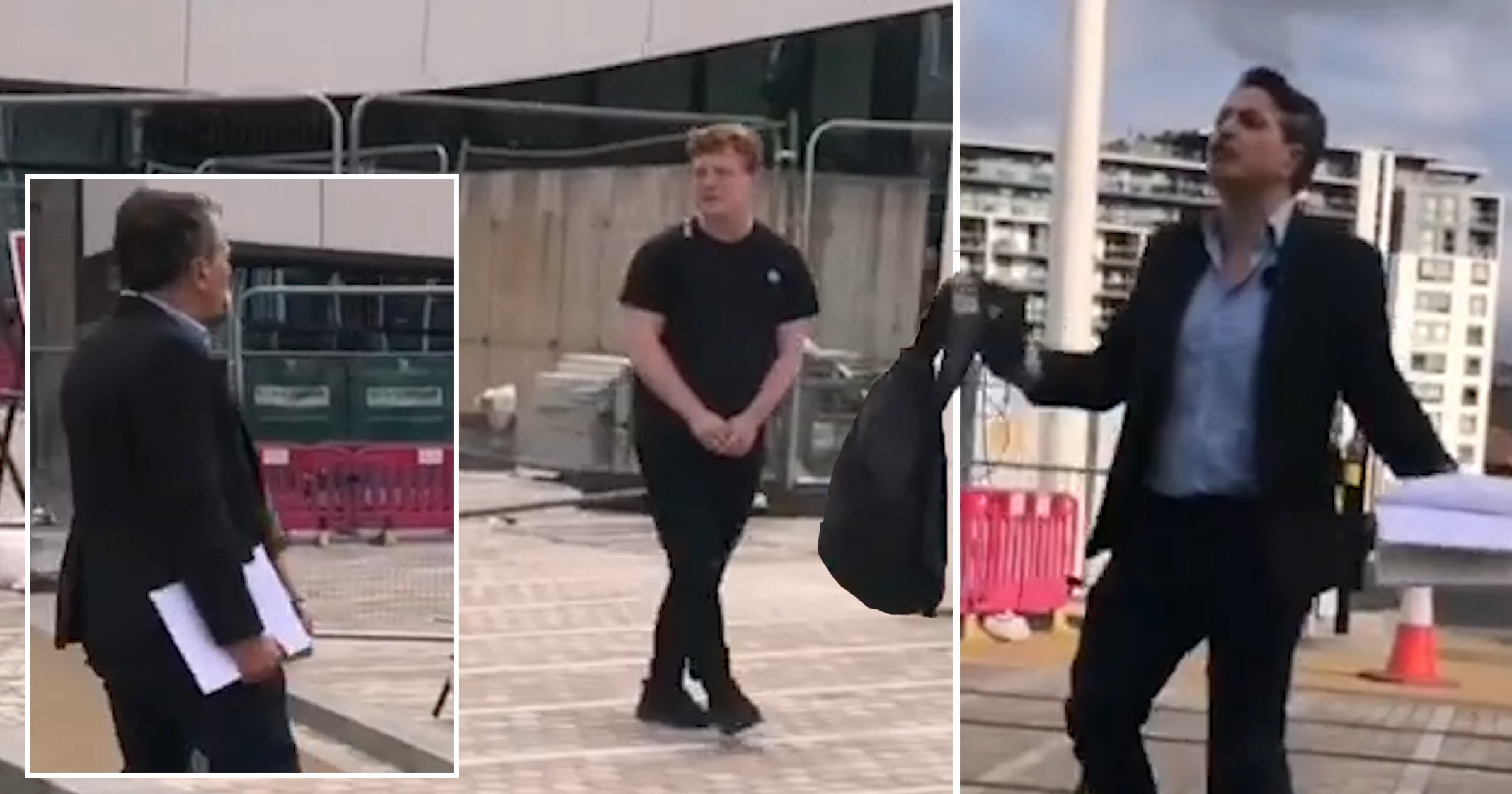 A reporter for ITV has become the news himself after losing his temper and shouting ‘I’ll f***ing bang you out’ at a man who he claims interrupted his piece to camera.

Callum Watkinson asked the man if he had a job himself, then suggested it was likely to be at either McDonald’s or Footlocker if so.

A 53-second clip of the altercation was posted to Twitter on Friday, showing Watkinson swear at the other man who he accused of walking into his shot.

ITV has now apologised for any offence, said they had spoken to the reporter and the matter was being dealt with internally.

It happened on Broad Street in Birmingham city centre, where Watkinson told the man: ‘Don’t f***ing do it and I won’t come into your workplace and start f***ing with you idiot.

‘You get me behind me again, I’m gonna f***ing bang you out. 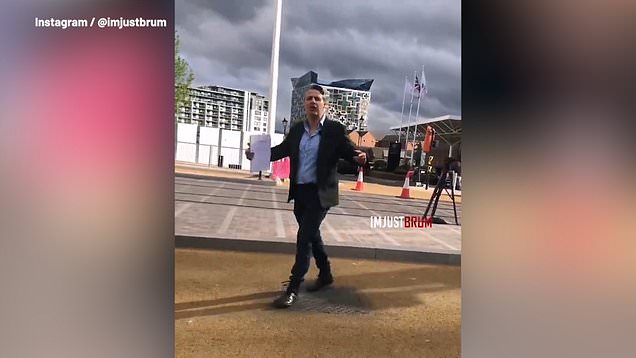 ‘Why don’t you go and get a job and then I’ll come behind you and start being an idiot?

‘Do you know how hard it is to broadcast live to half a million people?

‘Do you know how hard it is to concentrate? It’s quite hard, without someone in the background going “Ooh I’m on TV!”‘

Watkinson works for ITV Central, which covers the Midlands.

Posting on Twitter, one viewer said: ‘I’m a Brummie, therefore from a city whose foundations are built on working class people jobs. And proud of it.

‘I trust @itvnews will be asking for Callum Watkinson’s resignation for treating people with such arrogance and disrespect.’

Another wrote: ‘Fair enough he should tell the lad not to do what he did, but to threaten him and also mock low paid workers at Footlocker/McDonald’s is absolutely shameful!’

An ITV spokesperson said: ‘ITV has spoken to the reporter and the matter is being dealt with internally.

‘We apologise for any offence the comments have caused and will not be commenting further at this time.’

For more stories like this, check our news page.