After months of Ivanka Trump’s hiatus from Twitter, the former president’s daughter has returned to the social media platform with a splash. Ivanka’s latest tweet features photos of her receiving the COVID-19 vaccine — and it’s caused quite a disturbance in the Twitterverse. What’s surprising, though, is the reaction of her own supporters, who appear to be unhappy that Donald Trump’s daughter has decided to get vaccinated. 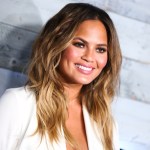 “Today, I got the shot!!! I hope that you do too! Thank you Nurse Torres!!!” Ivanka tweeted alongside a blue heart emoji. Attached to her tweet were two photos of Ivanka — who is notably wearing a face mask despite her family’s previous dismissal of CDC recommendations — as she receives the shot.

Ivanka is among the first in her family to publicly encourage others to get vaccinated after it was revealed by The New York Times that her father and Melania Trump quietly received their immunizations in January before leaving the White House. While Ivanka may have tweeted with the belief that she would get praise for her call to get the vaccine, her attempt to dissociate herself from her family’s previous comments about the virus quickly backfired.

Some people online were upset to see the ex-first daughter embrace the vaccine now instead of using her voice to warn people about the dangerous effects of the coronavirus during her time in the White House. For many, Ivanka’s tweet was simply too little, too late.

One tweet even called out Ivanka for seemingly using her vaccine photos as a ploy to rehabilitate her image to seem more “relatable” to the public as she plans her comeback. The user made note of Ivanka’s dressed-down appearance as opposed to her usual glam looks and wrote, “Ivanka dressed in jeans, a t-shirt with elastic bracelets on telling people to get a covid shot. Looks like she wants seem relatable and for people to like her again. Hoping someone in New York might invite her to a party again one day now that she’s been ostracized.”

While one could argue that some angry responses from her non-supporters were to be expected, her supporters had equally disparaging remarks.

“WHY???? Don’t you read? They change your DNA or do you get a special kind?? I don’t understand this,” one user commented.

Ivanka might not be able to change the minds of people who still believe COVID-19 is a hoax, but her post did find at least one fan: U.S. Army vet David Weissman, who tweeted, “I know you’re getting backlash from both sides, out of principle, I do appreciate your attempt to encourage Trump supporters to get vaccinated. There’s aways be echo chambers on Twitter, but just maybe you might have changed a person’s mind of their antivaxx stance & saved lives.”