One of the most closely watched #MeToo-related legal battles in classical music — pitting the eminent conductor James Levine against the Metropolitan Opera, which fired him in 2018 amid accusations of sexual misconduct — came to an inconclusive end on Tuesday, when the two sides announced that they had quietly settled their claims against each other.

The terms of the settlement between the Met and Mr. Levine, 76, were not disclosed in a stipulation discontinuing the case that was filed in State Supreme Court in Manhattan. Neither side would comment on the details, or whether money changed hands.

“I can’t comment, other than to say it’s settled,” Edward J.M. Little, an attorney for Mr. Levine, said in a brief telephone interview. Tim McKeough, a spokesman for the Met, said in an email that he could not comment except to say that the “legal dispute with James Levine has been resolved, and as a result the case will not be moving forward.”

The settlement brought the court battle to a close just as it threatened to air more dirty laundry about both Mr. Levine, who at his zenith was the most acclaimed American conductor since Leonard Bernstein, and the Met, which, with an annual budget of roughly $300 million, is the largest performing arts organization in the United States. Mr. Levine, whose musical leadership defined the Met for four decades, is unlikely ever to return to the company.

The Met initially suspended Mr. Levine in late 2017 after The New York Times published the accounts of several men who said that they had been sexually abused by him as teenagers; Mr. Levine denied their accusations. The Met fired him in March 2018, saying that its own investigation had “uncovered credible evidence that Mr. Levine engaged in sexually abusive and harassing conduct towards vulnerable artists in the early stages of their careers.”

Mr. Levine then sued the Met for breach of contract and defamation. He sought more than $5.8 million, noting that his 10-year contract as music director emeritus, the title he took after stepping down as music director in 2016, entitled him to a salary of $400,000 a year and an additional $27,000 per performance. The Met responded by filing a counterclaim against Mr. Levine for roughly the same amount — detailing accusations that Mr. Levine had abused or harassed people for decades, and accusing him of violating his duties to the Met and harming the institution.

A judge dismissed almost all of Mr. Levine’s defamation claims against the Met this spring, but Mr. Levine’s breach-of-contract claims may have been strengthened by the fact that his agreement with the Met did not contain a so-called “morals clause” holding him to certain standards of behavior. Mr. Levine’s lawyers, who denied all the allegations against him, argued in court papers that the contract contained no provisions that would have allowed the Met to remove Mr. Levine “due to alleged or actual misconduct or wrongdoing.”

Were the case to have entered the deposition phase, there would have been risks to both sides. The case could have put into the public record more details of the accusations against Mr. Levine, and about his closely guarded private life; before the suit was settled, Mr. Levine’s lawyers had been fighting a request by the Met for his medical records. And it could have renewed questions about what the Met knew, or should have known, about the behavior of its longtime music director, given the misconduct it said it had found evidence of.

The lawsuit was already a major public relations concern for the company. In one court filing, the Met’s lawyers said the company had incurred “significant reputational and economic harm as a result of the publicity associated with Levine’s misconduct.”

But the confidential settlement leaves some of the big issues raised by the case unresolved, at least in public.

The Met detailed some of the allegations against Mr. Levine in its counterclaims, which described a pattern of abusive and harassing conduct dating back to the mid-1970s, soon after Mr. Levine’s debut with the company in 1971, saying that he had “demanded and received sex acts” from a musician whose opportunities in the Met orchestra he had exerted “influence and control over.”

Among other incidents, the Met said that Mr. Levine had groped and kissed an opera singer, against the singer’s will, after an audition at the Met in the 1980s, and then placed the singer in a prestigious program at the Met. And in 1999, the company said, Mr. Levine had “inappropriately touched” a member of the Met’s young artist program, which he oversaw, “on his knees, legs and hands,” and then invited the singer to his dressing room “to engage in sexual activity.”

Lawyers for Mr. Levine emphatically denied the Met’s allegations. “The Met’s so-called ‘investigation’ of Levine’s conduct,” they wrote in court papers, “was nothing more than a pretext for the Met to suspend, fire and defame him.”

From the start, Mr. Levine’s lawyers described his firing as a result of a vendetta by the Met’s general manager, Peter Gelb, whom they accused of “cynically hijacking the good will of the #MeToo movement” and of seizing upon the allegations of misconduct “as a pretext to end a longstanding personal campaign to force Levine out of the Met.”

The first public allegations came out in late 2017, when The New York Post and The Times reported detailed accusations by a man, who later identified himself as Ashok Pai, who said Mr. Levine had abused him for years, beginning when he was a teenager, at the Ravinia Festival in Illinois.

Mr. Pai had reported his experience to the Lake Forest Police Department in Illinois in 2016. No criminal charges were brought against Mr. Levine; Illinois officials noted that, among other things, while the state’s age of consent is higher now, it was still 16 in 1986, the age Mr. Pai was and the year in which he said Mr. Levine, then in his early 40s, had first sexually abused him.

The Met suspended Mr. Levine the next day, when The Times reported the accounts of more accusers, including Chris Brown, a bassist who said that Mr. Levine had abused him in 1968, when he was a 17-year-old student at the Meadow Brook School of Music in Michigan and Mr. Levine, then 25, led the school’s orchestral institute; and James Lestock, a cellist, who said that he, too, was abused at the school and later, when he joined a tight-knit clique of musicians known as Levinites who followed Mr. Levine as his career began to flourish. In addition, Albin Ifsich, who became a violinist in the New Jersey Symphony Orchestra, said that Mr. Levine had abused him when he was a member of the clique.

Met officials said at the time of Mr. Levine’s suspension that they were only aware of two occasions when allegations of misconduct by Mr. Levine had been brought to the company’s leaders. In 1979, Anthony A. Bliss, the Met’s executive director, wrote a letter to a board member who had received anonymous allegations about Mr. Levine, saying that he had “no knowledge of criminal activities on the part of Mr. Levine” and that “scurrilous rumors” had circulated for months. And in October 2016, after Mr. Levine had become music director emeritus, Mr. Gelb was contacted by the Lake Forest Police about Mr. Pai’s report. Mr. Gelb said that he had briefed the board’s leadership about the inquiry and that Mr. Levine had denied the accusations; Mr. Gelb said that the company took no further action at the time, waiting to see what the police determined.

But the company said that the investigation it commissioned had found numerous instances of misconduct. “During the course of the investigation, the Met for the first time uncovered credible evidence that Levine (during his association with the Met) engaged in sexually abusive and harassing conduct towards numerous artists,” it wrote in court papers.

The day the allegations against him were first made public in 2017, Mr. Levine had just conducted his 2,577th, and very likely final, Met performance: the Verdi Requiem. 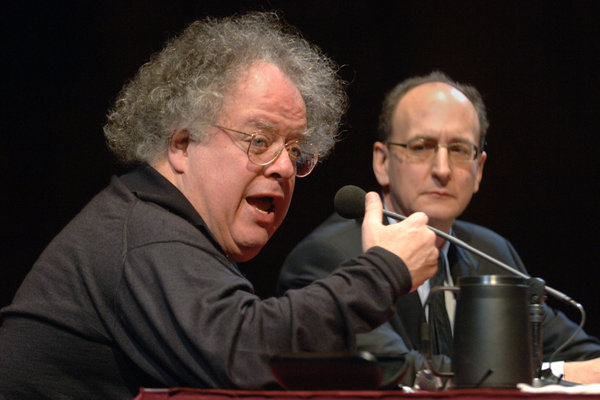 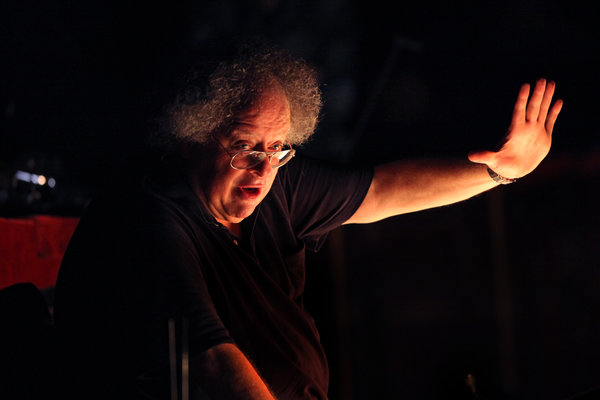