It’s 50 years since Janis Joplin died of an overdose in Los Angeles aged only 27. Her sad death is the one main fact many people know about her – but for true fans she remains the best female rock singer there’s been.

For half a century, interest in Joplin has barely diminished. In fact the list of biographies has been growing with the anniversary of her accidental death on 4 October, 1970 at the Landmark Motor Hotel in Hollywood. Jimi Hendrix had died only two weeks earlier.

Books about Joplin generally list her earliest musical influence as Bessie Smith – the powerful African American blues singer who died in Mississippi six years before Joplin was born into a middle-class family in Texas.

Her biographer Alice Echols agrees but thinks there are other important influences too. 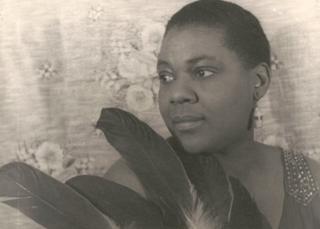 “You might say that musically Janis had very big ears – by which I mean she admired a whole spread of folk and blues performers such as Lead Belly and Odetta and Big Mama Thornton. And certainly at times she regarded herself almost as Bessie Smith reincarnated.

“Interviewing people for my book I realised she’d actually been quite a serious student of music. But she was never open about that in public because the image was always wild and raunchy rock-chick.”

Echols says as a singer Joplin had extraordinary talent. “There was no one like her then and maybe still isn’t. But the key thing about Janis, and other performers of the time, such as Jerry Garcia of the Grateful Dead, is that they were in revolt against a system.

“They’d seen their parents living a risk-averse lifestyle and Janis was desperate to avoid a life which would be diminished in the way theirs had been.

“She was always going to be this sky-rocket chick: she ran with the rough crowd and she drank hard and she lived hard.

“But there’s a less obvious side too – for instance that she was very well-read. But she died young and in her short lifetime she was never forthcoming about many things we would love to understand better today – her relationships with heroin and with other women. In many ways she’s a tough proposition for a biographer.”

Joplin’s dependence on drugs, including alcohol, was obvious before she was famous. In 1965 she’d abandoned a first attempt to make a name for herself on the San Francisco music scene to return home to Port Arthur in Texas.

But she was still using her striking bluesy voice in solo gigs, at times travelling the 250 miles to Austin to perform. She linked up with the band Big Brother and the Holding Company and in June 1967 she made her name performing with them at the Monterey Festival in California.

The one-off event has come to be regarded as a turning point in American counterculture. There were appearances by Ravi Shankar, the Jimi Hendrix Experience, Otis Redding and many others.

Suddenly Joplin was unrivalled as the leading female rock and blues singer of the era.

She remained mainly an album artist but in 1968 had a hit single with her cover of Erma Franklin’s Piece Of My Heart.

Holly George-Warren has written a new biography of the singer. Does she think that in 2020 Joplin might stand accused of the appropriation of black culture in a way that she wasn’t in her lifetime?

“You have to remember that where Janis grew up in Texas black people and white people were almost forbidden to intermingle. It was even difficult for her to find blues recordings.

“Then she first heard the original Big Mama Thornton version of Hound Dog and that completely opened her head up to a different kind of singing.

“Before that she’d had this beautiful little soprano voice which she’d used in church and school. But she saw the power and emotion which can come through the human voice and that became her goal.”

George-Warren says the question of cultural appropriation isn’t a new one. “When the album Cheap Thrills came out in 1968 there was a review in the magazine Downbeat which made the same point about borrowing black culture – but I think it was never fair.

“In interviews and on TV Janis was always name checking female artists she loved like Etta James and later on Tina Turner. She adored the talent of Nina Simone.”

Although Joplin died of a heroin overdose, George-Warren says what had undermined her health had usually been alcohol.

“Intermittently she had been a heavy drinker since she was a teenager. She was actually trying to cut back when she was recording the final album Pearl, partly because she worried about what it did to her vocally. She’d also been clean of heroin for four or five months – then she got hold of a purer form of the drug which had just arrived in the US and it killed her.”

With someone with such obvious talent and ambition it’s inevitable that people speculate what Joplin would have moved on to if she’d lived.

George-Warren says Joplin was clearly moving in the direction of producing. “There are tapes of her working on that final album and it’s definitely her calling the shots, discussing tempos and alternate guitar parts. She was more of a tech-head than you might expect and that was extraordinary at a time when no women were allowed to produce.”

Joplin’s vocal talent is frequently described as unique. But does that mean that in the last half-century no female rock or blues singers have been influenced by her recordings?

George-Warren says that’s to fall into a trap – to assume that only female singers would follow her lead.

“There have been women I’m sure she’s influenced such as Beth Hart. But I would say that Janis was an influence on men too. When Led Zeppelin came to the States, I think Janis was a definite influence on Robert Plant.

“Also David Johansen of the New York Dolls was a huge fan and Steven Tyler of Aerosmith. She’s been gone 50 years but I think she had a big influence on male and female performers.”