Jay-Z and Beyoncé’s eldest child Blue Ivy Carter made plenty of headlines this year when she won her first Grammy award at all of 9 years old — not the first accolade for the young songwriter, and, just our gut feeling here, not the last. With music superstars like Beyoncé and Jay-Z for your parents, Blue Ivy has grown up in the world of fame and entertainment, as comfortable on music video sets and dodging paparazzi as she is riding a bike, and 3-year-old twins Rumi and Sir’s lives will play out within the Carter empire too. Jay-Z, in a rare, vulnerable interview about his family with the Sunday Times, acknowledged the legacy that’s built up around his family and how he thinks about his own children’s futures — and it’s clear that Blue’s fans aren’t the only ones who have dreamed about the idea of her becoming a big star just like her mom and dad. 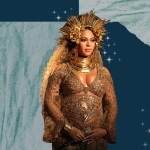 While Jay-Z admits that it’s easy for a parent to envision certain futures for their kids, he’s acknowledging it in himself in order to make sure it doesn’t color his parenting decisions, not because he thinks it should be the guiding influence in their kid’s life.

“What if my child doesn’t want to be in music or sports? I have no idea, right?” he told the Times. “But as long as your child feels supported, and feels loved, I think anything is possible…It’s easy for us, as human beings, to want our children to do certain things, but we have no idea. We’re just guides.”

Music or sports, eh? We wonder if Jay-Z has ever tried and failed to bring out an athletic side in Blue Ivy, and yeah, we’ll be keeping our eyes peeled for pics of dad Jay playing catch with the twins as they get older. But mostly, we respect that Jay can acknowledge he has big dreams of what he might want for his kids, and that he recognizes it’s not the same as what they need.

“Feeling loved is the most important thing a child needs, you know? Not ‘Here’s this business that I’m going to hand over to you, that I’m creating for you,’” Jay-Z adds (though of course, he’ll have the latter to offer to his children too). “[The goal is to] just make sure we provide a loving environment, be very attentive to who they want to be.”

Whether or not Blue Ivy, Rumi, and Sir decide — of their own accord! — that they want to follow in their famous parents’ footsteps, Jay sounds committed to letting them choose for themselves, and supporting them either way. The Carter kids can view mega-stardom as just one more avenue they have open to them, if they want it — not a birthright they’re obligated to claim.

Before you go, click here to see the net worth of 15 mega-rich celebrity kids.