You can imagine how someone must feel when they make their way to the White House, especially when they know they’re about to live in it for the next four to eight years. It seems like every President or First Lady puts their own spin on the White House, whether it be in the gardens or redecorating for Christmas. However, the upcoming book The Fight of His Life, author Chris Whipple alleges that President Joe Biden wanted a serious redecorating task done: to get rid of everything from former President Donald Trump’s time in the house.

Pre-Order 'The Fight of His Life: Inside Joe Biden's White House'$27.00, originally $30.00on Amazon.comBuy now

In the upcoming book, many say Biden allegedly unleashed his anger on an upstairs room where Trump had multiple electronics installed, which the new staff hadn’t gotten rid of. In the room, there was a big-screen TV and a golf simulator that Trump installed so he could practice his swinging abilities. Along with being angry, it’s alleged that Biden said, “‘What a f—king a–hole,” in response to seeing this.

Now, there was reportedly another thing Biden wanted to get rid of: the Resolute Desk from the Oval Office. While it was there since John F. Kennedy’s term, Biden wanted it removed for two reasons: in favor of his hero Franklin D. Roosevelt, and because Trump touched it, he wanted it gone.

While some find this deep cleaning a bit out there, others have been in support, saying they too, wouldn’t want Trump’s things in their house.

I’ll Take Your Questions Now: What I Saw at the Trump White House by Stephanie Grisham 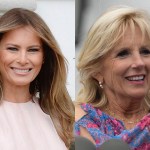 With the fallout of the Trump presidency, everyone involved in those four years seems to be rehabilitating their public image in the most obvious way: selling a book and spilling supposed secrets. Everyone was ready to talk, especially Former White House Press Secretary Stephanie Grisham. The author of the Trump tell-all I’ll Take Your Questions Now: What I Saw at the Trump White House, gives readers a first account of what the Trump presidency was like behind closed doors. Grisham’s claims and allegations are serious enough to consider picking up this book and potentially never putting it down.

I'll Take Your Questions Now: What I Saw at the Trump White House$10.15on Amazon.comBuy now