June Finch, a dancer, choreographer and teacher who specialized in the technique of the choreographer Merce Cunningham, imparting it to generations of students, died on June 18 in a hospital in Manhattan. She was 81.

The cause was lung cancer, her niece Amy Verstappen said.

Known for her sophisticated sense of rhythm, egalitarian spirit and fierce devotion to the Cunningham technique — a system of movement that Cunningham developed to prepare the body for his complex choreography — Ms. Finch began teaching at the Merce Cunningham Studio in Manhattan in the late 1960s.

Often one of the first instructors people encountered in their study of Cunningham’s work, she trained hundreds of dancers who passed through the studio, including many who went on to join the illustrious ranks of the Merce Cunningham Dance Company. (Ms. Finch never joined the company herself.)

On March 30, 2012, three years after Cunningham’s death, as the school prepared to close, Ms. Finch taught the final class at its longtime home, on the light-filled top floor of the Westbeth Artists Housing complex in the West Village. About a hundred people came to dance and watch. “Thunderous applause greeted June when she entered to teach,” the choreographer Pat Catterson wrote in an account of the class for Dance magazine. 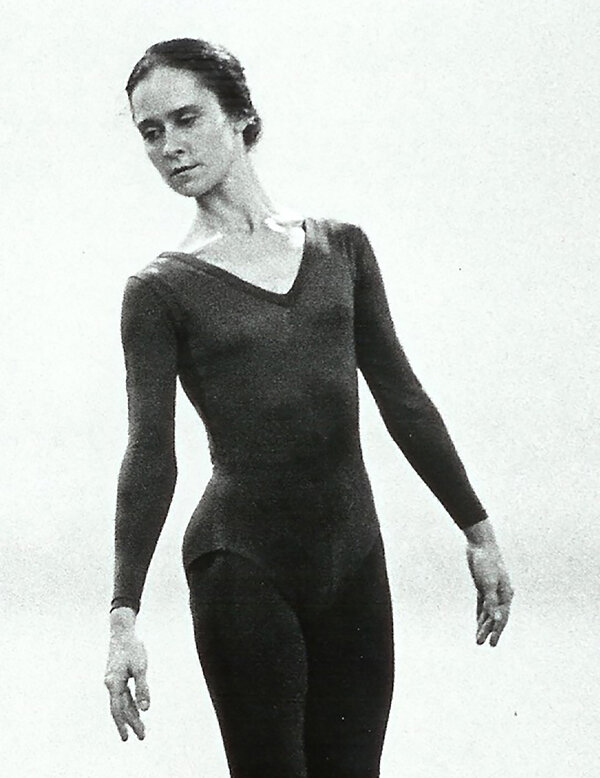 In the competitive environment of the Cunningham studio, where dancers were often vying for coveted spots in the choreographer’s company, Ms. Finch stood out for the attention she gave students regardless of their star potential. Ms. Catterson, who trained with Ms. Finch for decades beginning in 1968, said most teachers at the school did not offer individualized attention “unless you were company material in their eyes.”

“June was not like that,” Ms. Catterson said in a phone interview. “She was really there to teach everyone in the room.” That approach continued through her recent teaching at 100 Grand, a loft in SoHo where Ms. Finch offered Saturday morning classes until March 2020, when the pandemic forced her to stop.

The dancer Janet Charleston, also a respected teacher of Cunningham technique, attended those weekend classes, where no dancer was too seasoned to learn from Ms. Finch.

“It was so nice, after studying that technique for decades, that someone would still have this eagle eye and could give very, very experienced dancers really valuable feedback,” Ms. Charleston said. “She watched people like a hawk. She was just completely involved.”

In a concise letter of recommendation dated Jan. 9, 1989, Cunningham himself expressed a similar sentiment, summing up his esteem for Ms. Finch in a single sentence: “To Whom It May Concern: June Finch is a fine teacher, with a rare and direct concern for the individuals with whom she is working.”

June Gebelein was born on June 13, 1940, in Taunton, Mass., the youngest of three siblings. Her mother, Roberta (Seaver) Gebelein, did volunteer work for families in need. Her father, Ernest George Gebelein, ran a factory that made bags and boxes for silverware and was later the president of a bank. (His father was George Gebelein, a famed Boston silversmith.)

From ages 4 to 17, Ms. Finch studied ballet in Taunton and Provincetown. She also took piano lessons and, from her great-aunt, learned a bit of country folk dancing.

She attended Sarah Lawrence College in Bronxville, N.Y., where she earned bachelor’s and master’s degrees in dance, studying with the revered dance composition teacher Bessie Schonberg. She began training at the Cunningham Studio in 1965 and within a few years joined the faculty. From 1969 to 1977, she danced in the company of Viola Farber, a distinguished founding member of Cunningham’s company, who started her own troupe in 1968.

She married Caleb Finch, a scientist who also played fiddle in a bluegrass band, in 1965. Ms. Finch — whose deep, melodic voice was a hallmark of her classes — occasionally sang with the band. She and Mr. Finch, who is now a prominent researcher of human aging, divorced in the early 1970s, when he accepted a job in California and she chose to keep dancing in New York.

From 1977 to 1982, she created work as the artistic director of June Finch and Dancers. Reviewing an evening of her choreography at the Cunningham Studio in 1979, Jennifer Dunning of The New York Times called it “a program of fluid and elegant dance, performed by an equally elegant company of eight men and women.”

One of those women was the choreographer Elizabeth Streb, who first took a class with Ms. Finch in the mid-1970s. Ms. Streb said in an interview that students flocked to Ms. Finch in part because of her ability to get to the root of a technical problem, in a rigorous yet humane way. “She knew what part to fix that allowed everything else to come into line,” Ms. Streb said.

Ms. Finch also reached dancers outside of New York, teaching and staging Cunningham’s work at universities around the country and internationally. She spent summers throughout her life on Cape Cod, where she developed a small but dedicated student following and organized performances in Provincetown.

A dancer of small stature and impressive power, Ms. Finch performed with choreographers including Margaret Jenkins, Meredith Monk and Jeff Slayton, in addition to her work with Ms. Farber. Ms. Jenkins, who also taught for many years at the Cunningham studio, described Ms. Finch’s dancing as “wild and clear at the same time.”

As a teacher, Ms. Jenkins added, Ms. Finch was deeply loyal to Cunningham’s aesthetic but, within that loyalty, “inserted her own wit and precision and rhythm that was uniquely hers.”

Ms. Finch is survived by her sister, Peggy Sovek, and her brother, Robert Gebelein.

Jennifer Goggans, the program coordinator for the Merce Cunningham Trust and a former member of Cunningham’s company, recalled the inspiring, almost daunting force of Ms. Finch demonstrating movement in class. “I remember her going across the floor and bounding through space,” she said, “and thinking to myself, ‘How am I going to do that?’”

Students were also drawn to Ms. Finch’s nuanced musicality, which infused the exercises she taught.

“A rhythmic phrase, when it’s right, has an inevitability to it,” Ms. Catterson said, “and she really understood that.”