Scott Disick has officially turned 38 years old, but his longtime love Kourtney Kardashian hasn’t wished him a happy birthday on Instagram. In the wacky world of reality TV stars, if it didn’t happen on social media, it didn’t happen, so this seems like a major snub — especially considering both Kim Kardashian and Khloe Kardashian posted birthday wishes of their own for their former almost-brother-in-law. 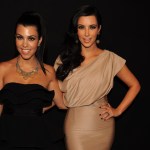 Kim wrote in her birthday message, “Happy Birthday Lord!!!! OMG it’s crazy to think we’ve spent so many birthdays together. From Vegas to Calabasas our memories are endless and I’m so grateful that I have a brother like you to always keep it real with me no matter what and celebrate our milestones together! I am always here for you no matter what!!! Love you always.”

Khloe shared the same photo with the caption, “The Lord and The Lady featuring some of the Bridgerton Cast,” but Kourtney’s IG feed and stories made no mention of her ex’s birthday.

Disick and Kourtney have had a long on-again, off-again relationship, going in and out of each others’ romantic lives from 2005 to 2015. Of course, many of their ups and downs have been chronicled on Keeping Up With the Kardashians. Despite no longer being in a romantic relationship with Kourtney, Disick is still featured on this final season of the show, as he’s become a de facto member of the family. Of course, he is the father of three Kardashian progeny, Mason, Penelope and Reign, and seems to still carry quite a torch for his ex. A recent episode of KUWTK even revealed that Scott would happily propose to Kourtney if she would say yes.

“Well, I love you and I’m ready to marry you. Right here, right now,” Scott told Kourtney in the episode. “Kourtney knows that eventually we’ll get married and live a good life.”

That revelation makes it seem exceptionally cruel for Kourtney not to public wish Disick a happy birthday on Instagram, like her sisters did. Plus, Kourtney used her most recent social media post to feature a carousel of photos of her and new flame Travis Barker at Disneyland. With the kids she shares with Disick. Yikes.

Kourtney did, however, attend Disick’s May 24 luxurious birthday bash with Rolex and diamond necklace party favors and food trucks serving churros and fried chicken. An arch of giant silver balloons also spelled out “Happy Birthday Lord,” a reference to Disck’s self-given nickname after her purchased a knighting ceremony on a trip to England.

While Kourtney as well as the rest of the Kardashians attended the party, her new flame Blink-182 drummer Travis Barker was notably absent. It’s been no secret that Disick is not a fan of Kourt’s new relationship, with reports indicating it has made the mood between the two co-parents very frosty. Earlier this month, an insider told Life & Style that Kourtney has established founder “firm boundaries” for her Disick as a result of her serious romance with Barker, which became Instagram official in February.

“It’s what’s best for everyone,” the insider said. “They talk about the kids and figure out the kids’ schedules … there’s no room for added communication at all.”

Meanwhile, Disick actually has a hot-and-heavy romance of his own with 19-year-old model Amelia Gray Hamlin, the daughter of Lisa Rinna and Harry Hamlin. His new girlfriend went all out for his birthday, gifting him a new Harley motorcycle.

“Amelia was, of course, invited to his party but her and Kourtney do not necessarily have a relationship,” a source told E!. “Kourtney is cordial. There’s no bad blood but they just kept to themselves at the party. Kourtney doesn’t mind having her around. She’s just not looking to get close with her.”

“She’s very happy for Scott and wants him to be happy,” continued the source. “Kourtney is very enthralled in her own relationship right now and wants the best for Scott so he stays on track.”

So much drama! Maybe they’ll considered filming another season of KUWTK? But if not, thank goodness we can always count on reality stars to give us glimpses inside their lives on social media!

Before you go, click here to see celebrity exes who will always be friends.