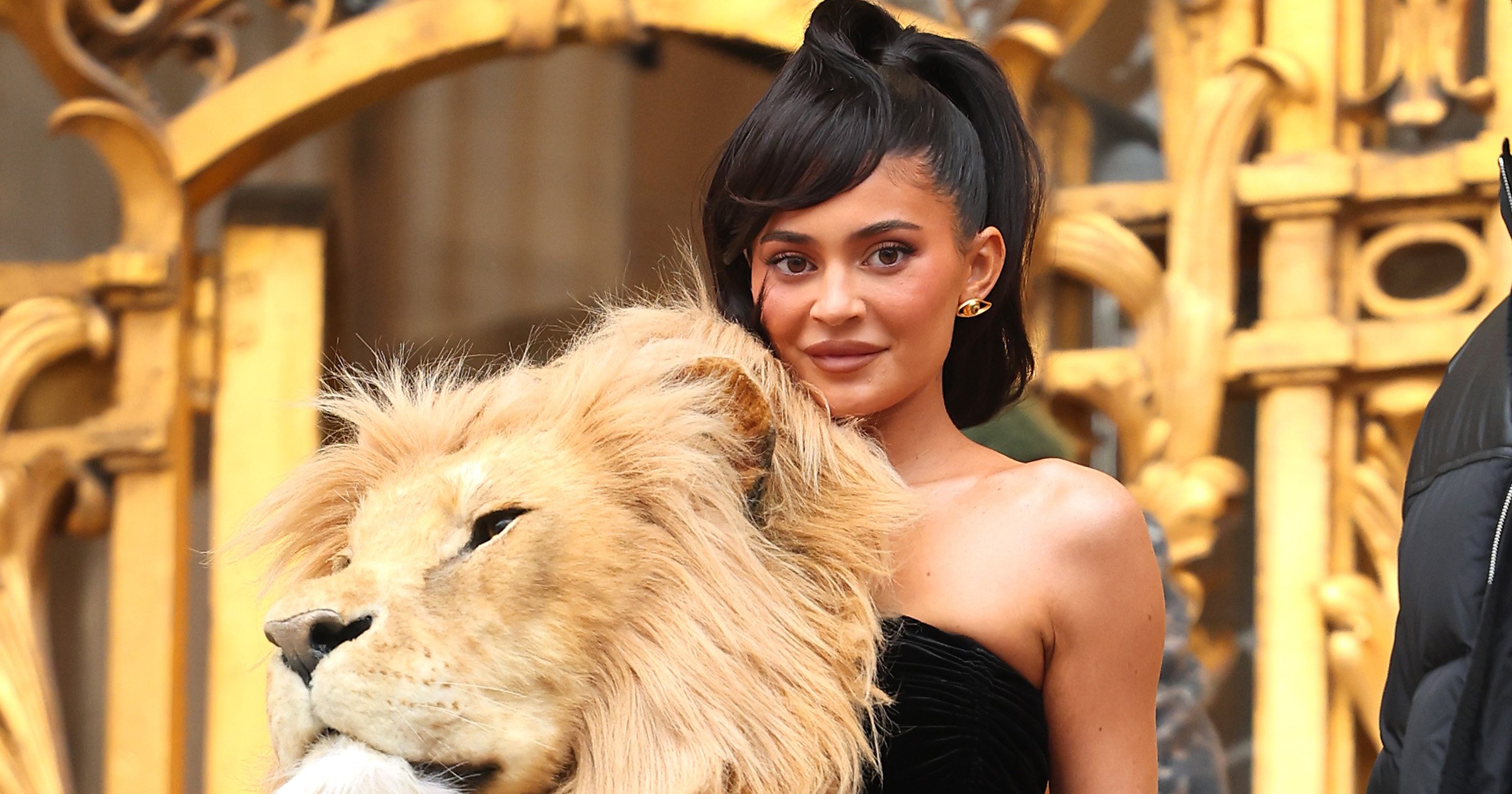 Kylie Jenner attached a massive lion’s head to her sleek black dress as she made an unusual appearance at the star-studded Paris fashion week Schiaparelli show.

The 25-year-old reality turned heads with the quirky accessory that protruded from the right side of her outfit in all its glory.

Posing up a storm, the businesswoman wore a figure-hugging black shoulderless gown that pooled around her gold-toed shoes as it hit the floor.

The star kept the rest of her ensemble simple to highlight the fake animal that was sown onto the chic dress and carried her belongings in a beige snakeskin bag.

Kylie pulled her dark hair into a slicked-back up-do and opted for her usual full glam make-up look.

Her ferocious statement came after the mother-of-two finally revealed her 11-month-old son’s real name on Saturday.

Perhaps wearing the furry accessory as a nod to her latest announcement, the famous face said she was now naming her little one Aire – which means Lion of God.

Kylie and the father of her children Travis admitted they felt the boy’s original name – Wolf – didn’t suit his personality and kept fans in suspense for months as they deliberated on the best replacement moniker.

In the same post that revealed the new name, she also showed off her child’s face for the first time in a series of adorable snaps.

However, the new name attracted some attention for the wrong reasons as social media users were quick to point out the cosmetics mogul’s faux pas.

Journalist Antoinette Lattouf took to Twitter to question the interesting choice: ‘Umm should someone tell Kylie Jenner she renamed her son Aire which is a common Arabic expression for “my penis” or nah?’

Other social media users weighed in on the star’s decision: ‘Kylie Jenner named her son “AIRE” only if she knows what the means in Arabic’.

Another penned: ‘kylie named her son “aire” and it means something real nasty in arabic lmaoooo. [sic]’

Also in attendance at the star-studded fashion week bash, Diane Kruger embodied the spirit of the city and accessorised a black and white mini dress with a black beret and gold heels.

Doja Cat gave Kylie a run for her shock-factor money in head-to-toe red, covering her body in bubble gems that matched the design of her quirky skirt ensemble.