The political uprising in Puerto Rico this week, which led to the governor’s announcement that he would step down on Aug. 2, is the culmination of decades of grievances with the island’s leadership.

Protests over the governor, which were some of the largest in the island’s history, began after the publication of 889 pages of offensive messages between Gov. Ricardo A. Rosselló and a dozen advisers, cabinet officials and lobbyists. To critics, the messages revealed the type of cronyism, corruption and political back-stabbing that they believe the government has long practiced.

Many Puerto Ricans saw this as the last straw for Mr. Rosselló.

We asked Puerto Ricans to tell us how years of economic mismanagement, cuts to public services and a 12-year recession have affected their lives. We heard from nearly 150 readers, in both English and Spanish. Below is a selection of those responses, which have been lightly edited.

‘Anger and frustration’ in trying to meet basic needs

My brother Anthony died on July 8. He is on a waiting list to get a Christian burial, and they cannot give us a time frame of when he’ll get one.

Where I live, they pick up the garbage every two or three weeks and there is no debris collection whatsoever. When someone wants to dispose of an old refrigerator, they dump it on the side of a road because if they put it in front of their house, months will go by and no one will pick it up, no matter how many times you call.

After Hurricane Maria, the main roads were partially fixed because of federal funds, but municipal roads are not being fixed at all unless you have someone with political influence living in the area. My husband and I started to fix the potholes with concrete because the road to our house is becoming impassable.

The anger and frustration is everywhere. Sometimes I wonder what will happen if it really gets out. The protests against Mr. Rosselló have been nothing compared to what could be.

Struggling to make a living

For 10 years, I’ve needed a hip replacement, but never had the deductible. I receive Medicare with which a doctor’s visit consumes an entire day and can only be scheduled at three-month intervals because there are so few doctors available. The doctors I have seen are either in their 70s or their 30s.

The apartment I was able to find within my budget does not have a kitchen, no hot water, and is not walking distance to any stores or grocers. It has problems with old electrical wiring and roof leaks, in a place where it rains every day. And yet, I am truly grateful to have a place of my own and one I can fix up slowly.

Everyone I know is one step away from an economic catastrophe, an unthinkable daily pressure that is not relieved by ever-worsening economic forecasts. I’ve lost hope of ever feeling economically secure, and take every day as it comes. This is my “new normal.”

I am a U.S.-educated lawyer in private practice for over 30 years. I was born and raised in Puerto Rico and have lived here all my life.

I have seen my practice and income go down 90 percent in the course of the recession that has never abated and was only made worse by the commonwealth government’s bankruptcy and the devastation wrought by Hurricane Maria.

I have depleted my retirement fund and taken clerical jobs to make do over the past few years.

Speaking for myself, I can say that the systemic corruption and mismanagement of public resources, historically presupposed in theory and exposed in practice by Gov. Rosselló’s leaked chat, has provided both a coherent explanation for the island’s longstanding social and economic ills as well as a rallying point for a frustrated, traumatized, mentally exhausted and economically diminished people that could simply take no more.

I am the son of a public-school teacher. I’ve had to see her take money out of her salary to buy school supplies and other things to offer a better learning experience to her students. This is not to mention the multiple retirement benefits that are being cut.

As a recent engineering graduate, I haven’t decided whether to go to a new country or stay here for a job under the new labor law. It’s difficult to try and form a family in an insecure environment and with many variables that push you to search for a better place.

Problems began before ‘that nasty and shameless chat’

I have a postgraduate degree and I was unemployed for years. I’m still only partially employed.

I plan on leaving Puerto Rico and that’s common. I’d say almost half of my family is already on the mainland. Three of them who are engineers had to leave after most of the pharmaceutical companies left.

Public services are a bad joke. Not even the most basic needs, like animal control, are addressed. It wears you down mentally to know there are useless, corrupt politicians living comfortably off the government. They can’t, or won’t, fill basic public health needs like not having hundreds of thousands of stray dogs, cats and horses roaming around, hurt and starving.

You can’t rely on an ambulance ever arriving in under 30 minutes anywhere on the island.

Stupid things here would drive anyone nuts, like allowing any contractor willing to pay to skip building sidewalks in new developments. They also keep building new commercial buildings that then sit empty for years because there’s no planning or thought at all, just dumb greed.

And this is not new. This has been going on since there was a Puerto Rican government. So maybe it’s partially our fault for picking them in election after election. And being a U.S. colony has never helped either.

Corruption has affected my people ever since I was a child attending school (and probably before). Few funds for materials were sent to schools to improve the buildings themselves, or pay the low salaries of teachers.

Hurricane Maria — God, what can I say! Corruption is a word that is too short to describe the deeds that have occurred. My family and I were partially roofless because funds were being held back. We lived for almost a year under a roof that we repaired ourselves.

The government funds didn’t come in for a long time and what managed to get approved was always being held back. Two years after the storm, some people still don’t even have the basics to have a decent life or are still in the process of reconstruction.

This is not something that started a few days ago or that even occurred only after the hurricane. It’s even more than that nasty and shameless chat. This is something dragged by previous parties and previous governors. Now this person, Gov. Ricardo A. Rosselló, has spilled our cup, admitting to all what we suspected and worse.

During the hurricane, the help never arrived. I am 23 years old and have a pulmonary deficit. I was worried about my medication. I couldn’t find it anywhere.

We didn’t have money for an electrical generator so we had to use candles.

When the storm hit, everything was shaking. We didn’t know if we would survive.

People buried their loved ones in the backyard after waiting days for someone to help them, to pick up the bodies. Where was the food, the water, the help? 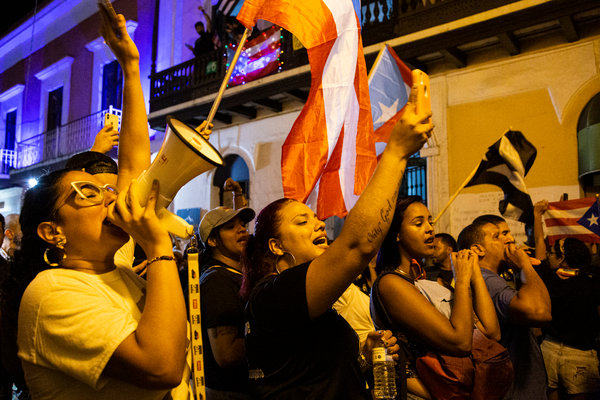 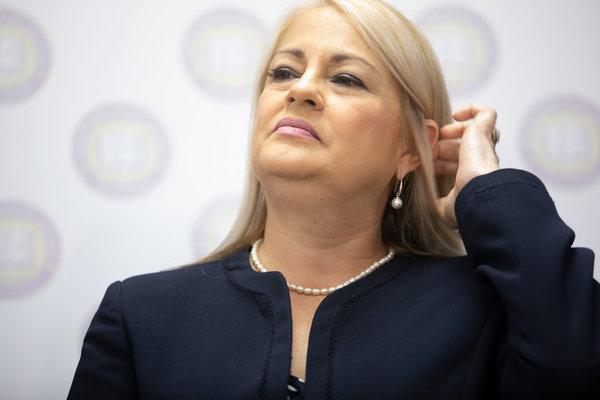 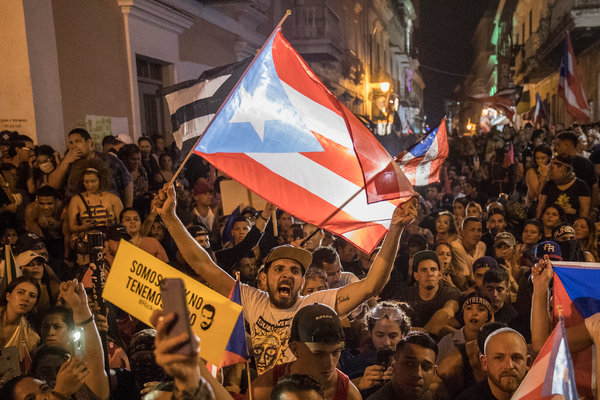 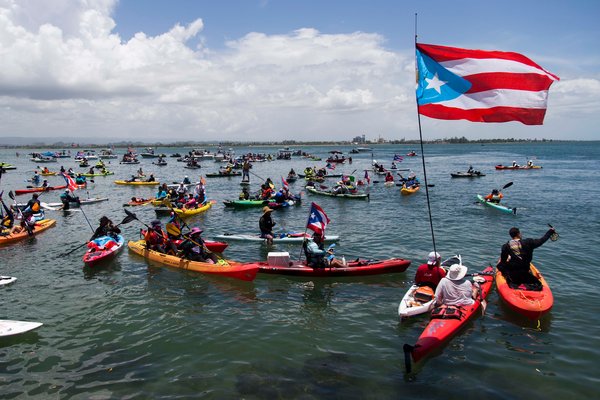 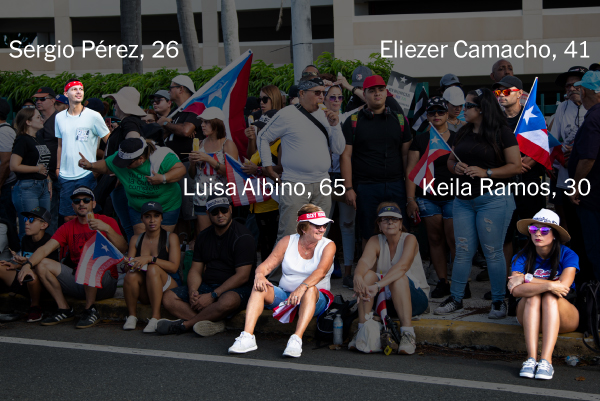 A note to readers who are not subscribers: This article from the Reader Center does not count toward your monthly free article limit.