On Sunday, President Trump acknowledged that he had spoken about former Vice President Joseph R. Biden Jr.’s son Hunter in a July phone call with President Volodymyr Zelensky of Ukraine. News outlets have reported that this call was part of a whistle-blower’s complaint against Trump and that the president asked Zelensky to investigate Biden and his son before the 2020 election.

“He brought it up eight times on one phone call. Eight times makes it seem like a pretty obvious crime. It’s like if you went on trial for stabbing a guy and said, ‘It was an accident. He fell on the knife,’ and they said, ‘Eight times?’” — SETH MEYERS

“Yeah, Trump asked Ukraine for election help, or as he put it, ‘I was just trying to make Putin jealous.’” — JIMMY FALLON

“Today reporters asked Trump if he did anything wrong. He was like, ‘Yeah, I probably should have asked for dirt on Elizabeth Warren.’” — JIMMY FALLON

“We spent years talking about Russia; it might be Ukraine that takes down Trump. Who saw that coming? That’s like looking both ways before you cross the street then getting hit by a drone.” — JIMMY FALLON

“Maybe even crazier is the fact that Trump did this on July 25th, the day after the Mueller testimony. So a day after the conclusion of a major investigation into whether he got help in an election from a foreign leader, he gets on the phone and asks for help from another foreign leader. It’s like the only thing I can compare it to is when Mike Tyson bit Evander Holyfield’s ear and then bit Evander Holyfield’s other ear.” — JIMMY KIMMEL

“The bottom line is it would appear the president used his office to ask a foreign country to dig up dirt on his opponent, and Democrats in Congress are thinking very seriously about threatening to maybe consider almost doing something about it.” — JIMMY KIMMEL

“Today Nancy Pelosi said, ‘Another five or 600 violations and we might think about impeachment.’” — JIMMY FALLON

“While addressing the whistle-blower complaint about Ukraine, Nancy Pelosi accused President Trump of endangering national security. Yeah, Nancy, where you been? You’re like, my mom’s friend who is watching Season 4 of ‘Breaking Bad’ and says, ‘I think this guy might be dealing meth.’” — SETH MEYERS

“I know they say that history repeats itself, but usually it’s after a few generations, not, like, two years later with the exact same person.” — JAMES CORDEN

“Only seven million people watched the Emmys, and one million of those were ‘Game of Thrones’ cast members.” — CONAN O’BRIEN

“This was the lowest-rated Emmys ever by a lot. They’re saying if things get any worse they may have to add themselves to the in memoriam reel.” — JIMMY KIMMEL

“The Emmys in memoriam section — you know, where we say goodbye to people — accidentally broadcast a photo of a person who’s not dead yet. Yes. Yeah. Today, the producers apologized profusely to Bernie Sanders.” — CONAN O’BRIEN

“So many of the awards last night went to foreigners. There were so many British people onstage, I didn’t know if I was watching the Emmys or the ‘Downton Abbey’ movie.” — JIMMY KIMMEL

Kimmel sidekick Guillermo caught Sunday night’s Emmy winners as they came off the stage for another series of his Back to Back interviews.

What We’re Excited About on Tuesday Night

Ta-Nehisi Coates will talk with Stephen Colbert about his new novel, “The Water Dancer.” 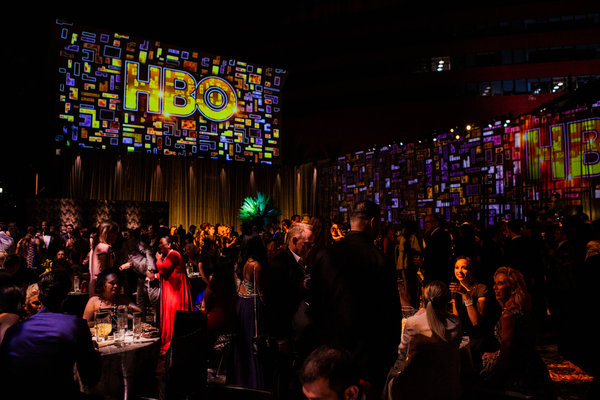 HBO may have won big at this year’s Emmys, but with companies like Apple and Disney getting into content streaming, the premium cable network is facing fiercer competition than ever before.