When Leonardo Drew was invited by the Madison Square Park Conservancy to make his first outdoor public artwork, he came to realize he couldn’t compete with the Empire State Building in the distance and other skyscrapers surrounding this urban oasis off Fifth Avenue just north of East 23rd Street.

“The city is just a monster!” howled Mr. Drew, well-known in the art world for his dynamic assemblages of hand-weathered materials, some of charred wood, that seem to erupt floor to ceiling across gallery walls.

In his tall, chaotic studio space in Brooklyn, where sculptural reliefs project off the walls, Mr. Drew, 58, was in constant motion, applying ground charcoal to a tabletop work throughout the conversation. He described scrapping a number of concepts for the park, including “an exploding tree with flying parts” that he feared could be dangerous in a high wind. Ultimately, he reoriented his center of gravity to the ground, with the proposition: “What if you are Gulliver looking down at Lilliput?”

One might feel like a giant clomping through a miniature land when Mr. Drew’s “City in the Grass” opens on June 3 and park-goers are allowed to roam over it all. Sprawling more than 100 feet by 30 feet across the Oval Lawn, a topographical mosaic of wooden blocks — based on photographs of New York taken from an airplane — rests atop an undulating aluminum structure. Colorful sand adheres to the metal in patterns that evoke a gigantic Persian rug in motion. (New Yorkers facing weekend L train shutdowns might appreciate a flying carpet to get around.)

“The most beautiful Persian rugs have a worn and lived-in quality,” said Mr. Drew, who has purposefully left holes where the grass pops through. Towers burst out of the design, 16 feet high, referencing the cinematic illusions in Metropolis and The Wizard of Oz.

“Cities can be places of great inspiration but also great denigration, and that complexity is in this project,” said Brooke Kamin Rapaport, deputy director and senior curator at the Madison Square Park Conservancy.

“I think he’s conjuring ideals of domestic contentment — the comfort and stability a carpet denotes,” she said. But “Leonardo’s carpet is purposely filled with voids. He’s confronting the promise but also the lapsed commitment of home life.”

Mr. Drew’s introduction of vibrant color is an outgrowth of his experimentation in China with porcelain and glazes. Over his career the artist has developed techniques to rust, stain, cook, corrode and burn his materials, but this marks the first time that public use, and wind and rain, will temper his art.

“I would love it to take abuse because my work really is about a weathered history of our journey on this planet — the cycle of birth, life, death and regeneration,” said Mr. Drew, whose sculptures are in the collections of Crystal Bridges, the Hirshhorn Museum and Sculpture Garden and the Metropolitan Museum of Art. “The piece is going to find itself in a whole other level of loveliness if it’s allowed to live.”

Born in Tallahassee, Fla., and raised in Bridgeport, Conn., he found beauty in distressed objects he saved from the city dump across the street from his childhood home. One of five boys raised in a housing project by a single mother, he remembers pushing her to the limit by drawing all over the walls and television screen. “I was crazy,” he said, adding that his grandmother advised giving him art supplies to focus his energies.

At 13, Mr. Drew had his first exhibition at a Bridgeport bank. In the studio he unearthed an extraordinary photograph that ran in the local paper showing him with a forlorn expression and missing coat button standing next to one of his virtuosic superhero canvases. “The photographer was laughing because he sees the political ramifications of this poor kid painting a life-size Captain America,” said Mr. Drew“Leo was a prodigy,” said Mary Sabbatino, vice-president and partner of Galerie Lelong in New York, where Mr. Drew currently has an exhibition on view through July (and where his works sell for up to $600,000). When the artist applied to Parsons in New York, Ms. Sabbatino worked there as an admissions counselor. She still can remember his portfolio.

“It’s very easy when you have talent at a young age to just ride on what you know,” she said. “What’s remarkable is Leo’s always forcing himself into a new field.”

At Parsons, he shifted to the language of abstraction, finishing up his BFA in 1985 at Cooper Union where the sculptor Jack Whitten was his teacher and an inspiration. Mr. Whitten, who died last year, lent Mr. Drew his studio in 1992 to construct a monumental grid made of stacked bales of raw cotton, a symbolically charged material weighted with the history of slavery. The work was shown to great acclaim in Mr. Drew’s first New York solo exhibition that year at Thread Waxing Space and is now in the Rubell Family Collection in Miami.

Mr. Drew has long resisted a signature material or style. “People like to believe that I made a whole bunch of cotton works, but you only have to do that once,” he said. “Once I’ve done something well, I’m looking to move on to the next thing.”

After years of making darkly patinated installations, the exploration of vivid color is “pulling me by the nose,” he said. His project in the park informed the mammoth centerpiece at his current show at Galerie Lelong. For this, he painted plywood sheets with polychrome sand in Persian rug designs and then splintered the boards. The fragments project in a visual cyclone from the wall.

“I completely bastardized and abstracted” the carpet motif, the artist said.

He will complete commissions for the San Francisco International Airport and Facebook headquarters in Menlo Park, Calif., later this year. For now, he intends to watch how park-goers respond to “City in the Grass,” believing that the viewer is central to the completion of his works.

“In the end, it can be your flying carpet transporting you to wherever you need to be,” he added. “It is definitely doing that right now in my life.”

Leonardo Drew: City in the Grass 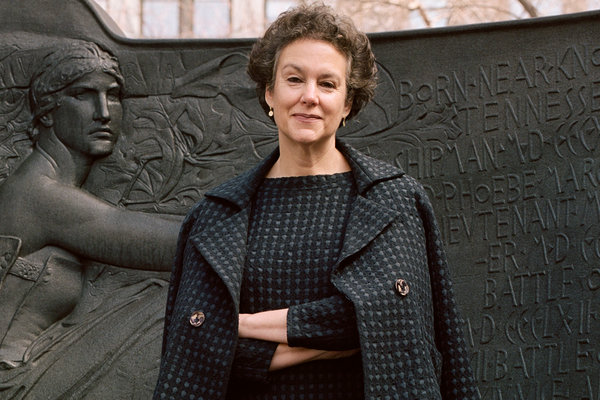 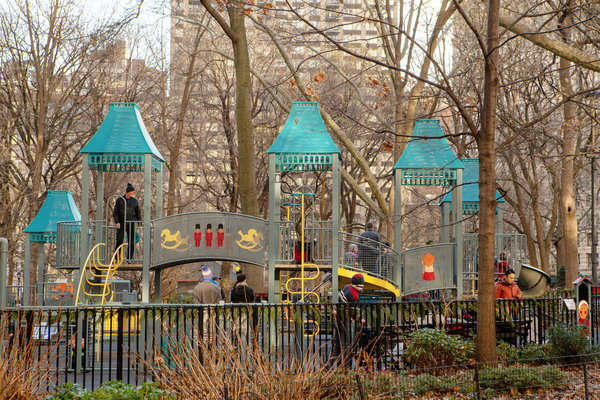 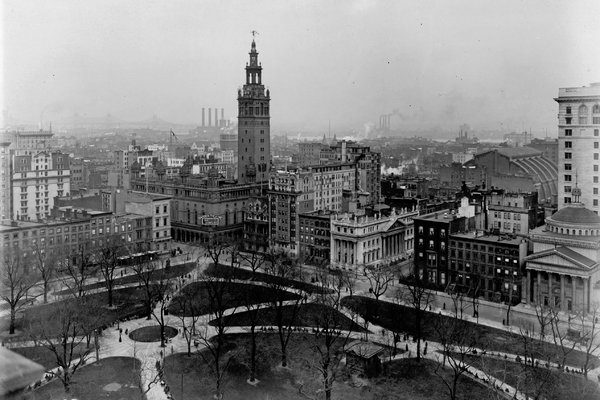