Though crowds won’t fill Regent’s Park for in-person fairs, some galleries remain determined “to show the best of the best during these times.” 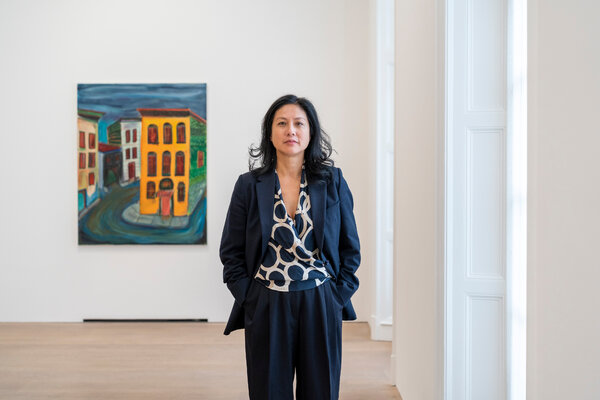 LONDON — Normally at this time of year, an army of gallerists, collectors and curators descends on London for the Frieze Art Fair, swarming the event’s tents by day and partying furiously by night. Not this year.

The coronavirus pandemic has forced the cancellation of nearly every major international art fair this year. Frieze — held every October since 2003 in Regent’s Park — is no exception.

The habitually dizzying period known as “Frieze Week,” starting this week, will this year be a predominantly local affair. That hasn’t stopped some of the world’s leading galleries from putting their best feet forward.

Hauser & Wirth is going ahead with its long-planned exhibition of the American artist Rashid Johnson, which will stretch across both of its Mayfair spaces. “Waves” will feature large mosaics made of glazed ceramic fragments. 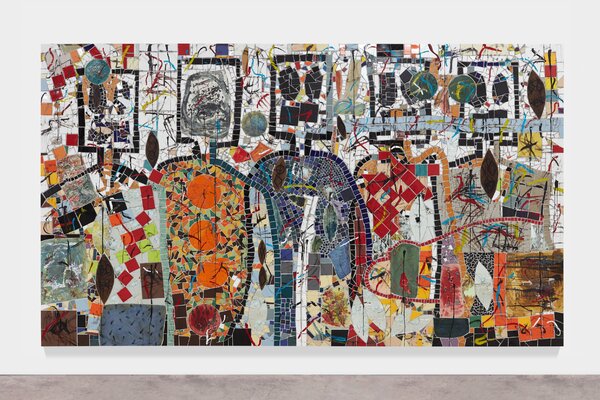 “The only option we have is to show the best of the best during these times,” said Iwan Wirth, the gallery’s co-founder and president. He said that despite the pandemic and the likelihood that the works would have sold well in an online-only presentation, Mr. Johnson was keen to exhibit in London, because artists “make work for people to visit, and see, and smell.”

When London went into lockdown earlier this year, galleries, fairs, auction houses and museums were initially shuttered. For weeks, there was no physical place to view, show, buy or sell art. The Masterpiece London fair, programmed in June, was canceled and turned into an online-only event. Even now, restrictions on international travel and drastic crowd limitations have made it very difficult to show art safely and securely.

As a result, Frieze’s two fairs — Frieze London and Frieze Masters — have gone online. Of the 280 galleries that normally sign up, about 250 have paid to get on the digital viewing platform, while 85 groups of museum patrons have registered for online visits, said Victoria Siddall, global director of Frieze Fairs.

Only two parts of the program can be experienced in person this year: a sculpture show in Regent’s Park (featuring artists such as Sarah Lucas, Richard Long and Lubaina Himid), and a series of livestreamed performances staged in a temporary Mayfair space with a small on-site audience.

Otherwise, the only major fair still scheduled to happen physically during Frieze Week in London this year is the 1-54 Contemporary African Art Fair.

“For the art world, it’s been a rapid embrace of the digital, which would not have happened without Covid,” Ms. Siddall said. “There’s always been a resistance to putting high-value art online. And that all happened overnight.”

Gallerists agreed that their investments in a more sophisticated, high-tech digital showcase — where viewers can zoom in, see what works look like on a wall and read all about them — were paying off.

Thaddaeus Ropac, founder of the Galerie Thaddaeus Ropac in London, Paris and Salzburg, Austria, said works were now selling online internationally, which was not the case before. He said the group show currently at Ely House, the gallery’s stately premises in Mayfair — curated by the gallery’s Julia Peyton-Jones, with works by the painters Dona Nelson, Alvaro Barrington, Mandy El-Sayegh and Rachel Jones, all priced in four to high-five digits — had sold online and in the gallery.

“This very successful online business doesn’t compare to what we normally do at an art fair,” he explained. “But at least it avoids us having a catastrophic year.”

Mr. Ropac described this year’s Frieze Week as “a very local event” and said “nobody will come” from Latin America, Asia and the United States. As a result, he said, it would be “naïve to think that it will be anything comparable to what it usually is.”

At the nearby David Zwirner gallery, Angela Choon, the gallery’s London director, said its digital platform and online viewing rooms had been running as early as 2017.

The difference now is that works are selling online at higher prices.

Zwirner’s townhouse gallery in London has gone ahead with its long-planned exhibition of paintings by Josh Smith, a New York-based artist who is showing concurrently in the Zwirner space on East 69th Street. “Spectre” is a selection of Brooklyn streetscapes that were painted during the lockdown, at a time when there was little outdoor life and the city looked deserted.

In financial terms, of course, everyone has taken a hit.

“Volumes are clearly down,” Mr. Wirth said, noting that the logistical complexities of shipping art during lockdown had had “an enormous impact on sales.” His gallery (which has 11 branches around the world) has canceled 40 physical shows this year, he said, but staged 24 online ones, which sold well.

Hauser & Wirth continued to offer art in upscale resort towns — Gstaad and St. Moritz in Switzerland — and even opened a new outlet in Southampton, N.Y., earlier this year.

“In times like these, you have to be close to your artists, but also close to your collectors,” Mr. Wirth explained, adding that those locations had “outperformed.” A $15 million Calder stabile, for example, sold online by the Gstaad gallery to a collector who saw the work online.

Ms. Choon recalled that before the pandemic, Zwirner teams would participate in at least two fairs a month. Fairs are a big revenue generator, she said, so 2020 turnover “will be less.”

For small and midsize galleries, it’s a far bigger struggle to stay afloat and meet overhead costs such as rent, which in London is prohibitive. So collective marketplaces are emerging where resources and costs can be pooled.

One is Cromwell Place, an exhibition and office-space hub made for the art world. It has 14 flexible gallery spaces (big and small), and opens to the public on Saturday. Lehmann Maupin, a New York gallery, is opening its first London space there.

“There are all these factors: Covid, travel, people being nervous about getting on planes and going far,” she said. “Also, we have to worry about our carbon footprint.” She also predicted that the overall art market would become somewhat smaller, though she added that demand for art works “is not going to waver.”

As soon as a vaccine becomes available, “people will turn the page faster than you think,” he said. “I think it’s not in the nature of people to be cautious and careful when there is no danger. We react to danger, but when it’s over, it’s over.”

“I think we will have a boom which we haven’t even seen before,” he added.

Mr. Ropac is, however, worried about Britain’s end-of-year exit from the European Union and the likelihood of a “hard Brexit,” or a collapse in trade negotiations with the union, which would make it much more difficult for continental Europeans to do business in Britain.

“Politics will decide if London can stay as the hub of the European art market,” he said. A hard Brexit would make it “so complicated to move works” and involve so much red tape that art businesses would likely “look for other places,” he said.

It would also be particularly tough on galleries working only in Britain, Mr. Wirth said. He recommended not putting all of one’s eggs in one basket and recalled a lesson he learned when he was an exclusively Swiss-based gallerist.

“It’s tough just to be in Switzerland, not being in the European Union, not being in America, so you learn that you’ve got to diversify,” he said. “That’s why we went global.”