Lorraine Kelly has revealed she underwent keyhole surgery on her shoulder over the festive period, meaning she had ‘the most quiet [New Year’s Eve] ever’.

The 63-year-old opened up on the procedure as she returned to her ITV morning show for the first time since celebrating Christmas and the New Year.

Speaking to resident health expert Dr Hilary Jones, she said: ‘I had a wee operation on my shoulder, it’s been annoying me for ages.’

As a photo of her showing off her sling appeared on screen, Lorraine continued: ‘Thank you to Professor Levy and his brilliant team because, oh my goodness, keyhole surgery is incredible.

‘I just had to remove some calcification and a little bit of bone and, yeah, I’m doing my physio and I’m all fine. But we had a really quiet one at Christmas and New Year.

‘Rosie and Steve looked after me and Rosie obviously takes after me in the cooking department, not,’ she giggled as a video of a dessert made by her daughter was shown on screen. 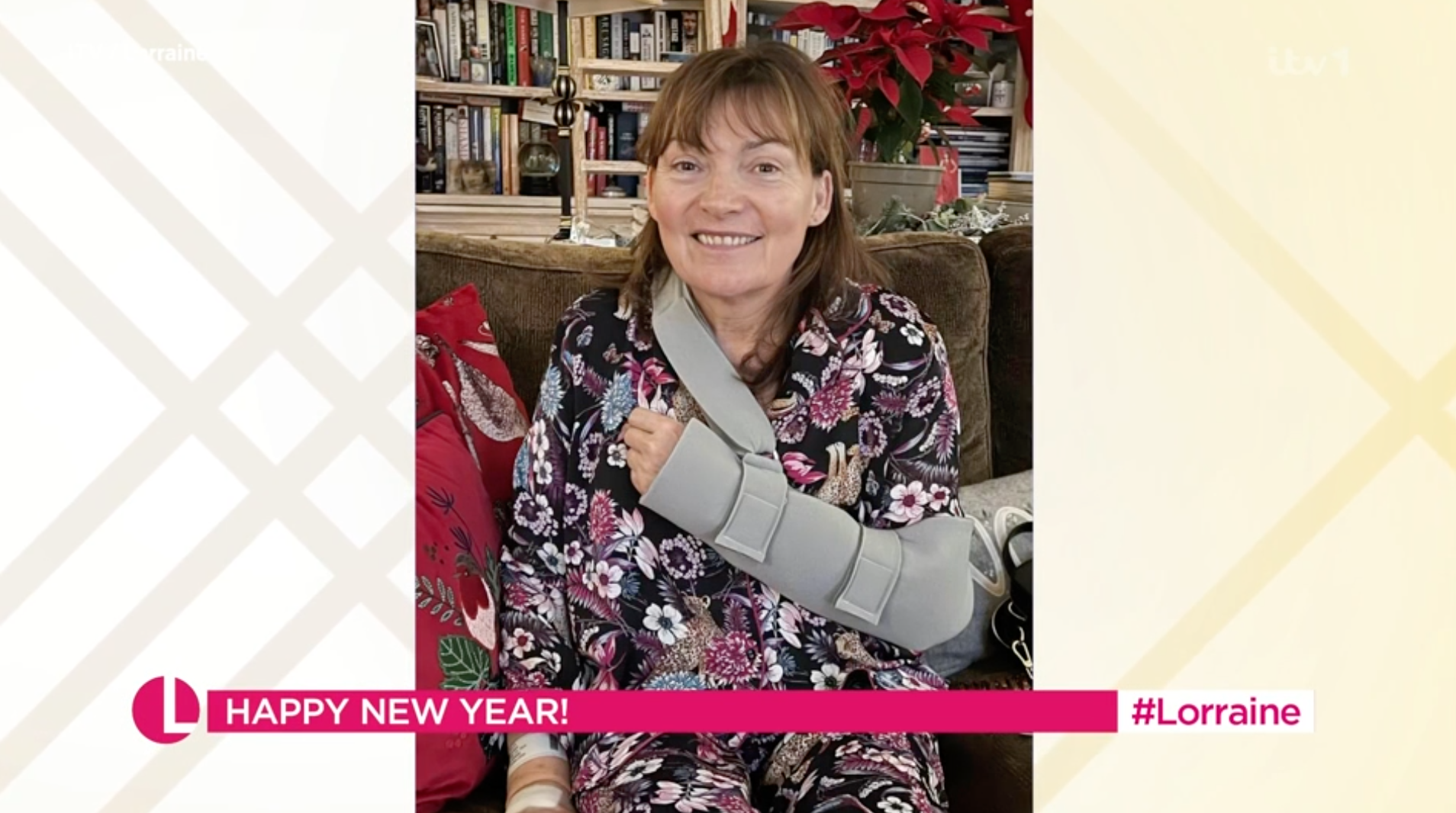 Questioning if she had managed to have a drink over the festive period, Dr Hilary asked: ‘Did you have a wee dram as well for the pain?’

Lorraine replied: ‘Yes, you said it was alright to have one or two. I was actually very, very well behaved and I’m fine and I’m doing lots of different exercises, I’m getting there.

‘How amazing is keyhole surgery?’ she repeated. ‘It’s extraordinary.’

Another ITV daytime presenter who fell ill over the festive period is Good Morning Britain’s Richard Madeley – who suffered a month-long superbug.

Sharing details of his rather poorly time, Richard told audiences: ‘I had that [superbug] all Christmas for a month.

‘Never had anything like it before. In fact, I’m beginning to wonder if there’s a new strain of Covid going around.’

‘I took a test every week, it was always negative, but I can’t help thinking that’s what I had,’ he continued.

Luckily, Richard was able to enjoy some downtime with his granddaughter Bodhi, who was born to his daughter, Chloe Madeley, and her partner, James Haskell, in August.

He appeared every inch the doting grandfather as his family enjoyed a Boxing Day lunch together last month.

The TV presenter’s daughter Chloe, 35, shared a series of snaps from the outing, including one of loving grandad keeping her daughter entertained.