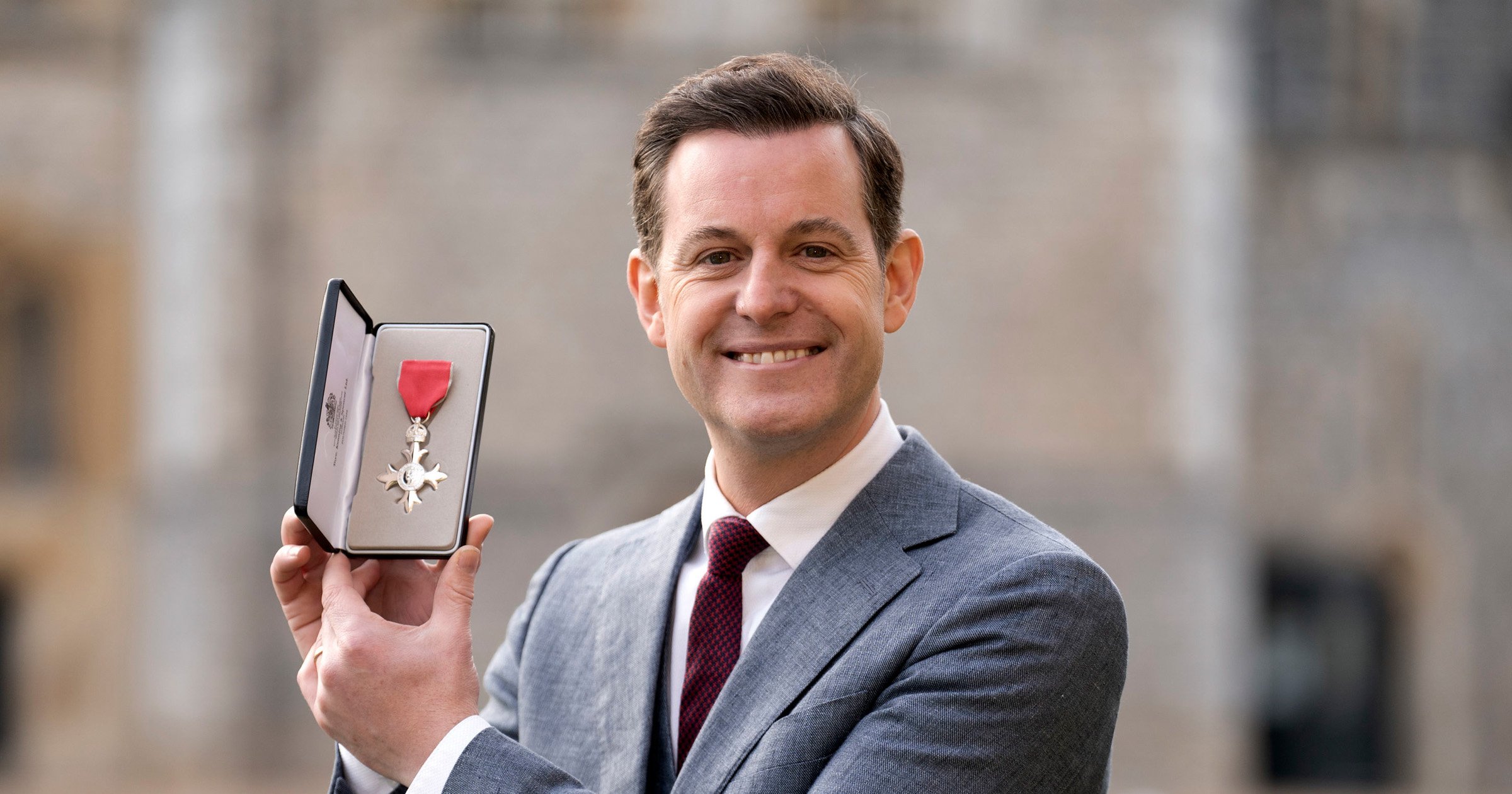 Matt Baker and King Charles discussed sheep as the new monarch made the BBC presenter an MBE during an investiture ceremony at Windsor Castle on Wednesday.

The Countryfile star and former Blue Peter presenter was awarded the honour for his work for the charity Children In Need, of which he is a trustee.

His support of the organisation has involved multiple gruelling cycling challenges over the years – 12 to be exact – and he has raised over £43 million in total for the organisation by cycling various rickshaw routes.

This year, the rickshaw relay went from Edinburgh to London and raised around £2 million.

Talking about the moment he received his MBE – for which he wore a grey suit and maroon tie – the Countryfile host revealed that he and the King had caught up on a heard of Hebridean sheep.

Baker had purchased the sheep off the then-Prince of Wales around a decade ago, during the filming of Countryfile when Charles acted as guest editor.

‘I told him, because I was feeding them this morning before I came – obviously with it being so frosty – and they’re still going strong so we had a bit of a natter about it, he told the PA news agency.

‘I think for Britain, I love the concept of the royal family,’ he added, reminiscing about how mucking out the Queen’s horse Emma was a real highlight in his TV career.

Emma went on to capture the public’s hearts when she was seen lined up to pay tribute to her late owner outside Windsor Castle as the Queen’s coffin was brought from her state funeral in London for burial back in September.

Coronation Street legend William Roache, 90, and AstraZeneca’s chief executive Sir Pascal Soriot were also among a number of people recognised at the ceremony on Wednesday, as well as Billions and Homeland star Damian Lewis.

Lewis was made CBE in the final Queen’s Birthday Honours List for his services to drama and charity.

During the coronavirus lockdowns, he and his late wife Helen McCrory co-founded Feed NHS, a fundraiser to give food from high street restaurants to NHS staff and by April 2020 they had raised around £1million for the charity.