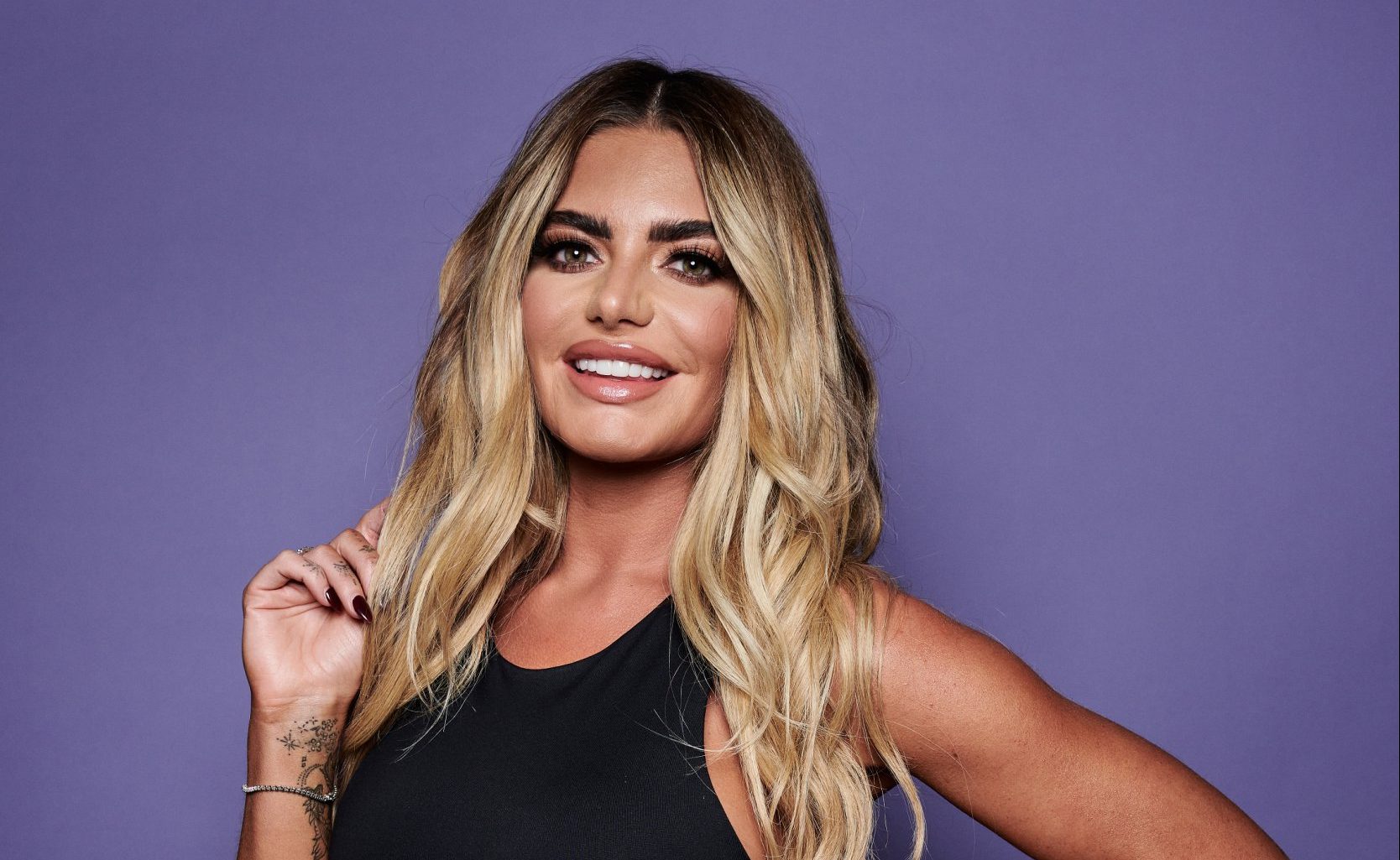 On a night out with a female friend of mine, a man came up to us and said we looked cute.

She had a boyfriend so didn’t want to, but that was the first time I had opened up to someone about my desire for both men and women – even if I ended up playing off my idea as just a drunken suggestion.

Since then, I’ve been on Love Island and publicly come out as bisexual. I try not to pigeon hole myself and often call myself pansexual interchangeably, but there’s one thing I’m absolutely sure of – bisexual people need to be more visible.

It’s why I’m out and proud.

The first bisexual representation I saw on screen wasn’t until I was in my teens when I watched the film Cruel Intentions. When I saw Kathryn (Sarah Michelle Gellar) teach Cecile (Selma Blair) how to kiss, my first thought was how hot it was, how soft and perfect it looked.

Even then, I obviously knew that I liked it but I didn’t think I was gay or bisexual, I just pushed it to the back of my brain.

At that point, I was still fancying men. That’s the thing with being a bisexual woman – it’s not like you don’t feel any attraction to men as well. I used to wonder: Does everybody feel this way? Am I just being greedy?

By the end of my teenage years, I heard about the film Blue Is The Warmest Colour and the fact that there was a same-sex relationship in it. So I absolutely had to watch it. Sure enough, there was a pretty long sex scene – that I rewound and watched back several times – and that’s when I realised I had to explore this side of myself.

I also felt weirdly protective about her, critiquing how her boyfriend was treating her, and when she’d say she was hanging out with him over me, I felt jealous.

A few years after leaving school, I started working as a stripper and that’s when I started fully exploring my sexuality. I was surrounded by beautiful women and one in particular, who took me under her wing.

She’d meet up with me before work and help teach me stuff on the pole. Then we’d do dances together where we’d both be completely naked and I remember thinking I was obsessed with her.

But before the date, a girl my brother was dating came up to me and said that she found out the woman I was due to go on a date with was her colleague. She bluntly ended up asking me: ‘Please tell me you’re not a big fat lesbian?’ My heart just dropped and I couldn’t believe how homophobic it was.

Thankfully, I still went on the date and I’ve tried not to let comments like that phase me since.

I’m grateful for supportive parents, too. Ever since I can remember, my mum would always lightheartedly joke about how stressful dating men is and that it’d be easier to date a woman. She actually said it to me around the time I was still figuring things out and I just replied, ‘No, I actually really do like women’. She was – and is – fully my champion.

Then I was approached by Love Island producers.

They wanted me for series three of the show, but during my conversation with them, I let slip that I was seeing a couple (male and female) at the time and they had an open relationship. I told them that I fancied them both but that I was falling in love with the girl a little bit. I said I was more into girls at the time, but that I was still open to men. After this discussion, I didn’t hear anything back from the producers.

The year after, Love Island producers approached me again for series four, but I didn’t mention the fancying girls thing. I got on the show straight away.

As for conversations about my bisexuality in the villa, I didn’t really feel a vibe with any of the girls there so I just didn’t bring it up. I also knew the narrative of my character on the show – that I was this highly sexual, liberated woman – so I didn’t want to add to that with my bisexuality and feed the stigma.

I honestly think an LGBTQ+ version of the show is so needed – especially for bisexual men. We need more representation on mainstream TV for sure. If they need a host or a contestant, I’m open to doing both – just get me in there!

Since appearing on the show, I came out publicly in 2019 and I’ve grown in leaps and bounds. I have my OnlyFans account, a successful podcast and column and I just launched a new lingerie line with Wolf and Whistle that I’m really excited about.

It’s always been a dream of mine to have my own underwear range. I spend 95% of my time in underwear anyway, so it seemed like the perfect thing to do! Since its launch this week, I’ve been busy gifting people – especially guys who aren’t afraid to step out of the gender binary. I feel like that’s not represented enough.

You’re going to see the collaboration spammed all over my Instagram and OnlyFans accounts, so brace yourselves for a lot more of me naked!

In all seriousness, my OnlyFans has been a great way for me to connect with people and to start conversations about sexuality. In fact, I’ve been inundated with messages from men who identify as straight, telling me they want to explore their sexuality without women thinking they’re just gay.

I always tell them that they shouldn’t need to feel this pressure to label themselves or conform to stereotypes. Open up to close friends or family about your desires to explore and they should be able to support you.

I also warn them that if they open up to a woman about exploring their sexuality but they have a problem with it, run for the hills! It’s a massive red flag and it speaks more about her insecurities than anything else.

I’m so lucky that I have this platform and can be this kind of agony aunt to people who are questioning their sexuality because I didn’t know where to turn when I was still figuring myself out.

There was hardly any representation for LGBTQ+ people that I knew of growing up – or an extensive community that I was a part of – so I think being so open about my sexuality can be so helpful to others. I feel so privileged and honoured that people come to me and all I can do is speak from my own experience and hope that resonates.

Stigma about bisexuality will sadly always probably exist. I’ve had people assume I’m just talking about it for attention or to make headlines, then demanding I prove it to them somehow. It shouldn’t matter what others think or say about you.

But there is no cardboard cutout of what a bisexual person should be. You can dress how you want and date who you want, too.

Representation for LGBTQ+ people seems to be improving but I want us to get to a point where we don’t have to fight for it.

It should just be a natural thing that shows like Love Island are representative of all our lives – that we exist in real life and on screen.

I just want to be that person that I never had growing up.

You can find Megan’s Wolf and Whistle collection here