Meghan Markle and Prince Harry are not afraid to tell their side of the story – even if it means ruffling some feathers. In another glimpse of their highly-anticipated docuseries titled Harry & Meghan, the new trailer shows the couple talking specifics of their royal life including leaked stories, family hierarchy, and Harry’s fear of “history to repeat itself.”

“It’s really hard to look back on it now and go, ‘What on earth happened?’” Harry said in the beginning of the video with a somber shot of the parents of two in a car.

“There’s a hierarchy of the family,” Harry said in another moment, as a video showed the entire British royal family at 2019’s Trooping of the Color. Harry then added, “You know, there’s leaking, but there’s also planting of stories.”

In the next moment, which showed videos of the late Princess Diana surrounded by a crowd, Harry continued, “The pain and suffering women marrying into this institution, this feeding frenzy.” Markle, who underwent her fair share of paparazzi harassment, added, “I realized, they’re never going to protect you.”

“I was terrified,” Harry said, referring to his mom, “I didn’t want history to repeat itself.” 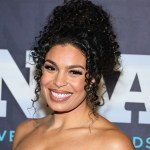 Promising a docuseries full of bombshells, Netflix also took the trailer’s release to announce its premiere date. Per their posts on social media, the docuseries will be released in two parts: Volume I on Dec 8 and Volume II on Dec 15. We can’t wait to tune in!