While we know Meghan Markle is home at Frogmore Cottage enjoying maternity leave with her newborn son Archie, we’re half-convinced she’s running to be the new mayor of Madrid. In reality, though, Meghan has a lookalike in politics — and the resemblance is, TBH, jarringly uncanny. This lookalike’s name? Begona Villacis. And even more uncanny? Villacis, like the Duchess of Sussex, just gave birth. In fact, her newborn daughter is a mere 11 days younger than baby Sussex. Prepare to have your mind officially blown.

Although Villacis has presumably always born a resemblance to Meghan, the similarities between the two began gaining notoriety due to Villacis becoming a more prominent public figure at the same time Meghan was becoming well-known on the global stage. Just last Sunday, Begona was photographed pushing her newborn daughter in a pram. Without additional context, that’s just a normal mom moment, right? Only, Villacis’ classic white trench coat was practically a dead-wringer for the white dress Meghan wore for baby Archie’s first official photocall earlier in the month.

The examples of the women’s shared style don’t stop there. That, coupled with the fact that the ladies physically resemble each other, makes it easy to see how Villacis could be mistaken for Meghan. Both women look phenomenal in gray while greeting fans. 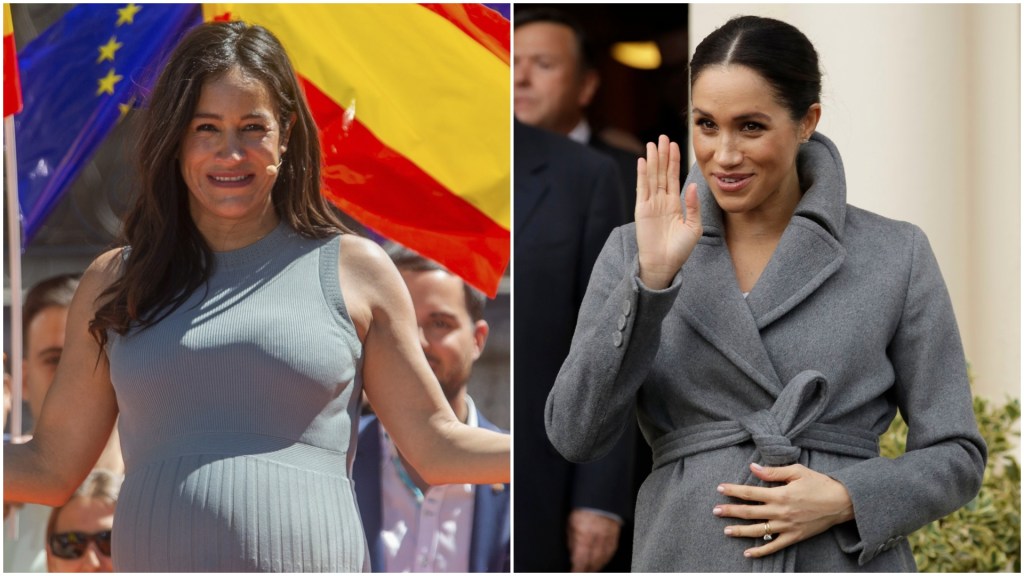 And they both have a penchant for pairing form-fitting black beneath elegant trenches. 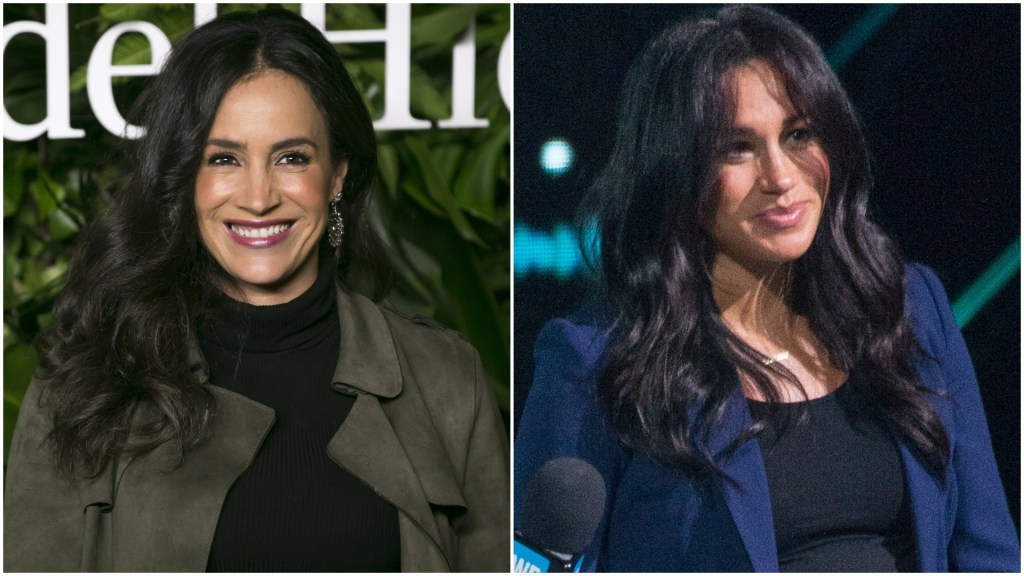 Not to mention, they both know how to nail a casual monochromatic look. 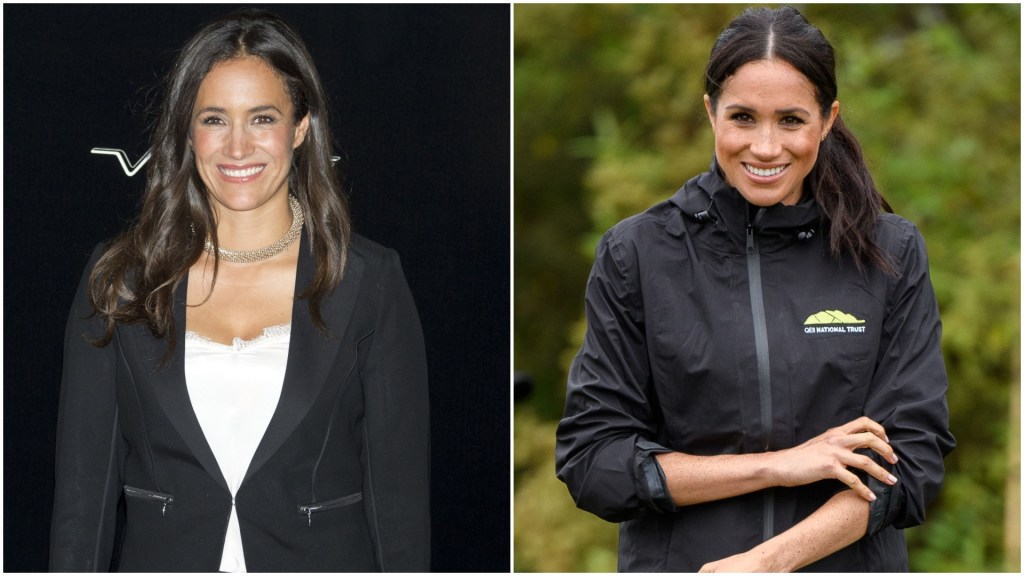 There are a few other uncanny similarities between Villacis and Meghan too, though. Villacis got hitched to husband Antonio Suarez-Valdes last year on May 19. That date should sound familiar, and for good reason — it was the date of Prince Harry and Meghan’s iconic royal wedding. Plus Villacis, who serves as the Ciudadanos party spokeswoman on the city council in Madrid, is close in age to Meghan. She is 41, while the Duchess of Sussex is 37. And while they clearly weren’t born in the same year, they were born on the same date: the 4th of November for Villacis, and the 4th of August for Meghan.

The twinning factor isn’t lost on Villacis, who has grown accustomed to comparisons. “People always stop me in the street to ask me if I am Meghan,” the mom-of-three reportedly said during her election campaign, per the U.K.’s The Sun. “It can be very funny sometimes. My daughters tease me about it a lot.” However, for as much as she seems to emulate Meghan’s style, Villacis isn’t necessarily interested in emulating anything other than the Duchess of Sussex’s wardrobe. “Between Buckingham Palace and the City Hall, I am sorry but I am going to stay in Madrid,” she joked last year.