The City of Lights is having one of the biggest events of the year: Paris Fashion Week is back, and for the past several days, we’ve been fawning over some incredible looks from established and up-and-coming designers. We’ve also spotted a number of famous celebrity kids taking the runway, and showing off their love of fashion, too. But nothing could really top Paris Jackson’s look at Stella McCartney’s fashion show, where the young star’s sartorial statement paid homage to McCartney’s own 1999 Met Gala look.

During the Stella McCartney Womenswear Spring/Summer 2022 show, the daughter of late pop singer Michael Jackson wore a shirt with the phrase “Rock Royalty” embossed on the white fabric. The 23-year-old model and singer really did look like true, modern music royalty in her garb — but the look has significance that goes back more than two decades. 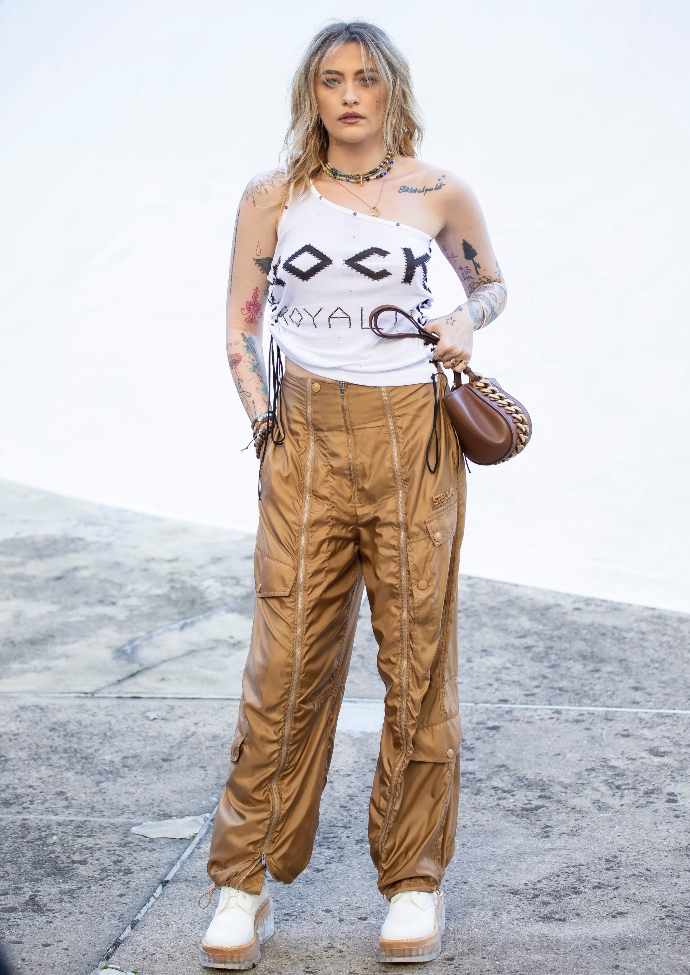 Over 20 years ago, Stella McCartney and Liv Tyler attended the 1999 Met Gala. The theme that year was “Rock Style,” and while Stella, the daughter of Beatles legend Paul McCartney, was privy to rock style was for her, she had no idea what it meant in terms of the Met Gala. “Who better to embody ‘Rock Style’ than Liv Tyler and Stella McCartney,” Vogue editor Anna Wintour said of the ladies’ late ’90s look. Liv, an accomplished actress, is the daughter of Aerosmith’s Steven Tyler.

Wintour shared in the above video, which breaks down 13 Met Gala looks from 1974 to today, that Stella “really had no idea what the Met Gala was and went to the East Village that afternoon and sewed these T-shirts herself.” The designer later “arrived on the red carpet and was, as she told me later, completely in shock. She, of course, was the life and soul of the party. And this is the image that everybody remembers from that night.”

More than 20 years after McCartney’s bold look made its debut on the Met Gala red carpet, it’s amazing to see the next generation of “Rock Royalty” step into the limelight. Paris looked as cool as ever in McCartney’s vintage threads, and we loved seeing this timeless, chic shirt back in the spotlight. Who knows? Perhaps, one day, Paris will pass the look on to someone new.

Before you go, click here to see photos of Michael Jackson’s kids over the years.