Jasmine, a student at Brooklyn College, sprints across the platform to catch an idling train. She had lingered on the No. 2 a second too long, distracted by a performer-cum-mystic doling out free advice that felt eerily relevant. Now she was moments away from missing her transfer.

So ends the first episode of “The M.T.A. Radio Plays,” a new series of audio dramas created by the playwright Ren Dara Santiago and directed by Natyna Bean. The series, presented in collaboration with the Rattlestick Playwrights Theater, brings listeners inside a No. 2 train as it snakes from the Bronx to Brooklyn.

Conceived as a love letter to city life in pre-pandemic times, each 10-to-15-minute episode is set at a stop on the No. 2 and tells the story of various New Yorkers as they navigate chance encounters with strangers, arguments with lovers or conversations with friends aboard the train.

There are the subway buskers who storm train cars like tornadoes. There are eavesdropping riders who offer unsolicited advice and, often, welcomed camaraderie. There are the strangers who will not stand clear of the closing doors, the spirited child staring through a train window with glittering eyes and the omniscient voice of a conductor who keeps the train, and the city, moving through it all.

Taken together, the plays elevate those once ubiquitous moments from the mundane trials of a daily commute that bind the city’s collective DNA.

“When you claim New York, then naturally everyone who exists here is community,” Santiago said in a phone interview one recent morning. “You can exist in a neighborhood that is very specific, ethnically or otherwise, and feel like that is all of New York. But it’s on the subway where we get to encounter all these other identities.”

For New Yorkers, the series may feel like a nostalgic embrace. In the scrum of a rush-hour train, everyone from executives to office cleaners were pushed and shoved in a daily reminder that the New York hustle leaves few unscathed. Here too were the round-the-clock performances of Manhattan’s least expensive show, in which New Yorkers were at once audience members and leading actors performing scenes from their private lives on a public stage.

That choreography is one Santiago knows well. The 28-year-old Harlem native spent her middle school days squeezing into packed No. 1 trains each morning and her early 20s slipping into No. 2 cars for her daily three-hour round-trip commute to work. (Like many of the playwrights involved in the series, she still relies on the No. 2 today).

The first three episodes, which are available online at the Rattlestick website, begin at the northern tip of the line at the Wakefield-241 Street station in the Bronx. There, in a play by the 29-year-old Julissa Contreras, listeners meet the character named Jasmine as she is consumed by thoughts of a recent breakup and a subway performer offers her seemingly prophetic advice.

The next episode, written by Alexander Lambie, 29, picks up 15 stops later at the Intervale Avenue station, where a single mother bumps into a friend and abandons a plan to visit a questionably committed lover. And at the Prospect Avenue station, the writer Dominic Colón, 44, introduces a young man whose angry call with his boyfriend prompts another rider to offer some sage advice.

In a nod to the New Yorkers who make up the bulk of subway ridership today, every play also features at least one essential worker.

Implicit in each vignette are the lofty life questions the playwrights wrestled with as the shrinking of urban life turned their gaze inward: What does a healthy relationship look like? How can you tell when to let go of love? How do we survive a love lost?

“A lot of the inspiration are the unspoken love stories that we pass by as commuters each day,” Contreras said. “We wanted to focus on millennial lovers who are in this complicated space of finding themselves.”

Of course this spring, those connections felt even more distant. With a suddenness as stunning as its deadly wake, the pandemic brought the city to a standstill. 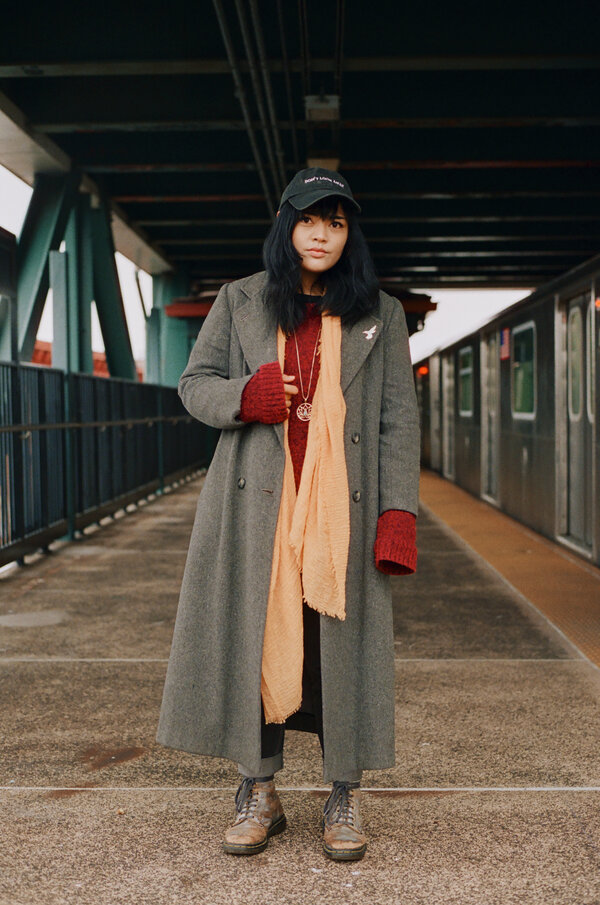 As theaters went dark in March, Santiago’s own Rattlestick debut production, “The Siblings Play,” was shut down days before its world premiere. By April, the subway had emptied of riders. Lives that were lived in multiple boroughs were suddenly confined to single neighborhoods.

“We’ve lost perspective,” said Bean, 28, the series director. “Being in our homes every day, we are left to our own assumptions and prejudices. We aren’t forced to engage with people we might not have otherwise if we hadn’t gotten on the train.”

That is exactly the void that she and Santiago, approached by Rattlestick, set out to fill. In May they enlisted 17 playwrights to craft stories that reflected the people living in the communities served by the stations.

By then, many theaters had moved online, with prerecorded performances and virtual play readings, many of which translated awkwardly onscreen.

“There was no creation of community,” Santiago said. “It felt like we were pretending it wasn’t through a screen, instead of embracing that the person watching online also exists and we can write new plays for a new medium.”

But if intimacy is where those onscreen productions fall short, it is where radio thrives.

The ambient sounds alone can transport a New Yorker into the sprawling underground: The familiar clink-clink-clink of a turnstile grinding forward. The earsplitting screech of a train as it winds across metal tracks. The crackle of a conductor’s voice broadcast inside a subway car.

“The voices are in your ears, you can walk around, close your eyes and feel like you’re inside the story. You can see these characters or you put their voice on people walking by you,” Santiago said. “That feels more like true theater to me because it allows the person to be immersed.”

The next set of episodes in the series will be available online in February, with the remaining plays released every few weeks through May.

As this season nears its end, listeners arrive at the Church Avenue station in Brooklyn, where two friends debate whether or not to help a sick fellow passenger. And just before the train ends its run, Jasmine’s ex-boyfriend enters the car and encounters the same mystical performer whose spiritual counsel opened the series.

Santiago plans to continue the series in subsequent seasons devoted to every train line that winds across the city.

“I hope the stories will resonate with people,” she said. “They’ll think ‘Oh, I had a moment like that on the train!’ Those small interactions make people feel recognized and now, listening to them, maybe less alone.”