Brunch crowds are back. Rush-hour traffic is back. Tourists in horse-drawn carriages are back.

But the best proof that New York City has returned to its full glory may be a mega-concert in the green expanse of Central Park.

Seeking a grand symbol of New York’s revitalization after a brutal pandemic year, Mayor Bill de Blasio has is planning a large-scale performance by multiple acts and has called on Clive Davis, the 89-year-old producer and music-industry eminence, to pull it together.

The show, tentatively set for Aug. 21, is still coming together, with no artists confirmed, though Mr. Davis — whose five-decade career highlights have included working with Janis Joplin, Bruce Springsteen, Aretha Franklin, Alicia Keys and Whitney Houston — said he is aiming for eight “iconic” stars to perform a three-hour show for 60,000 attendees and a worldwide television audience.

Mr. de Blasio said in an interview that the concert was part of a “Homecoming Week” to show that New York City is coming back from the pandemic — a celebration for residents and those in the region who might not have visited in a while.

The show would be the latest in a storied tradition of Central Park super-productions that tend to attract worldwide coverage and to paint New York as a peaceful, cosmopolitan haven for the arts. Many New Yorkers, especially the mayor, may welcome that view after the prevalence of pandemic-era images like a deserted Times Square and boarded-up storefronts amid last summer’s protests in the wake of the murder of George Floyd. 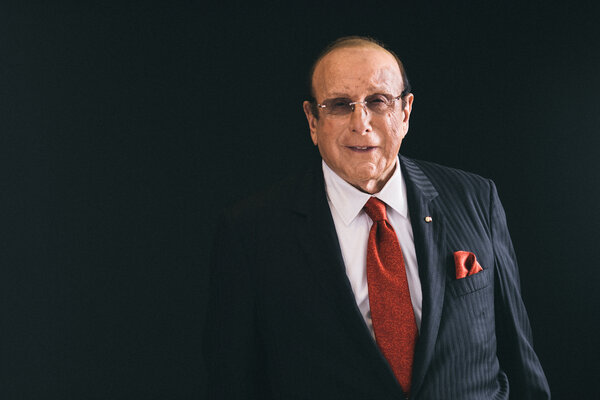 “I can’t think of a better place than the Great Lawn of Central Park to be the place where you say that New York is reopening,” Mr. Davis said in an interview.

Mr. Davis said that Mr. de Blasio called him three weeks ago, around the time of Mr. Davis’s latest Grammy gala, which he has been hosting each year since 1976. As Mr. Davis recalled, the mayor asked him to present a show in partnership with the city that would celebrate New York’s reopening and emphasize the need to vaccinate more young people. The event’s working title gives a sense of its intended gravity: “The Official NYC Homecoming Concert in Central Park.”

“I was greatly honored,” said Mr. Davis, who grew up in Brooklyn.

Mr. Davis said that he and his team, which includes his son Doug, a music industry lawyer, are still at work booking artists, and he declined to offer any names of those he has in mind. Sponsorship deals are also in the works, he said. The mayor’s office said it would announce a broadcast partner soon.

But a number of details for the event have already been set. Live Nation, the global concert giant, is involved with the production, and the majority of tickets will be free, although there will be some V.I.P. seating, Mr. Davis said.

The Great Lawn — a 13-acre oval in the center of the park near the Metropolitan Museum of Art, the Delacorte Theater and the reservoir — has long been the city’s the most prestigious setting for outdoor concerts, telegraphing a sense of the very heart of New York.

The Central Park Conservancy, which manages the park, has a reputation for being strict and judicious in doling out licenses for major performances there. The group’s website barely mentions concerts, noting that a renovation in 1997 “restored the lawn to balance both active sports use and quiet relaxation.” But the mayor’s office said the conservancy supports the idea.

The Great Lawn has been the site of concerts and other major public events since the 1970s. Carole King serenaded 70,000 people there in 1973. Elton John played in 1980 — in a duck suit, among other outfits —  and the following year Simon & Garfunkel reunited for an estimated 400,000 people. Diana Ross performed in 1983, Luciano Pavarotti in 1993 and the Dave Matthews Band in 2003.

The New York Philharmonic plays the Great Lawn as part of its tour of city parks each summer, and since 2012 the Global Citizen Festival has held regular events there with star-studded lineups including Beyoncé, Metallica, Neil Young and Coldplay. (Garth Brooks drew hundreds of thousands to the North Meadow, above 97th Street, in 1997.)

But even as New York, dormant for a year, now races toward a reopening for entertainment venues — at a recent news conference with Governor Andrew M. Cuomo, James L. Dolan, the chief executive of Madison Square Garden Entertainment, promised a “blockbuster summer” — the prospect of a large-scale public event may still pose complications for health and crowd control.

While the state has promoted its vaccine passport Excelsior Pass as a way for restaurants, theater operators and others to confirm patrons’ vaccination status, the system is still new and has not been very widely adopted by either the public or many businesses. According to the state, about 1.1 million passes had been downloaded as of last week, representing only a fraction of the 9.1 million New Yorkers who have been vaccinated.

The mayor’s office said there would be vaccinated and unvaccinated sections at the concert, and that about 70 percent of tickets would go to people who are vaccinated. The city has been working hard to vaccinate residents who are reluctant to get the shot.

A successful event could be a political triumph for Mr. de Blasio, a Democrat in his last year in office who has repeatedly clashed with Mr. Cuomo. Mr. de Blasio’s popularity sank after his failed presidential run in 2019, and many parents were frustrated over the chaotic reopening of schools during the pandemic.

But Mr. de Blasio has recently embraced his role as New York City’s cheerleader as millions of people have been vaccinated and the city has started to reopen. Several of the candidates who are running to succeed him as mayor say they want to hold a major celebration, including Andrew Yang who proposed a five-borough party hosted by his friend Dave Chappelle, the comedian.

Mr. de Blasio said he was excited to have Mr. Davis on board and compared the event to a homecoming at a college, where alumni gather to reconnect. He said he wants to show that the city is ready for September, when many more workers are expected to return to offices in Manhattan.

Mr. de Blasio said he had been to concerts on the Great Lawn, including seeing Stevie Wonder at the Global Citizen Festival several years ago.

“It’s an absolutely stunning place for the concert,” he said. “It makes you feel a deep connection to New York City.”

It could also be a late-career feather in the cap of Mr. Davis, who has spent more than 50 years as one of the reigning dons of the music industry.

Mr. Davis said he viewed the central message of the event as a simple and optimistic one.

“There’s a mental attitude that I think we are all looking forward to,” he said. “That the future is bright and healthy for this country, for the world and for New York City.”