The sounds of the 1970s and ’80s feel newly alive in pop today. Listen to Beyoncé cover Frankie Beverly, or Kendrick Lamar sample the Isley Brothers, or any Teyana Taylor track, and you’re also hearing the music of 30 to 40 years ago.

The same thing is happening in jazz, maybe to a greater extent. Musicians like Robert Glasper and Thundercat are also embracing hallmarks of the era: technological adventurism; smooth-but-deep textures; a desire for the comfort of a solid, encompassing groove.

What all this tells you is that we’re living in Patrice Rushen’s world. We just might not know it yet.

Ms. Rushen was 23 years old in 1978 when she began recording an impressive run of dance-pop albums for Elektra. Already she was the author of three recordings as a jazz bandleader, had played on dozens of other people’s albums as a session musician and was touring around the world. Along the way, she’d earned a music degree from the University of Southern California.

But what was to come was momentous. The five albums she released on Elektra seemed to confirm the notion that jazz musicians could make good dance music, and mean it, and be successful doing it. Somehow, in the dilemma between pop success and jazz legitimacy, Ms. Rushen never had to choose. (You can hear a spark-notes version of that era thanks to “Remind Me: The Classic Elektra Recordings 1978-84,” a thoughtfully assembled greatest-hits collection due Friday on Strut Records.) 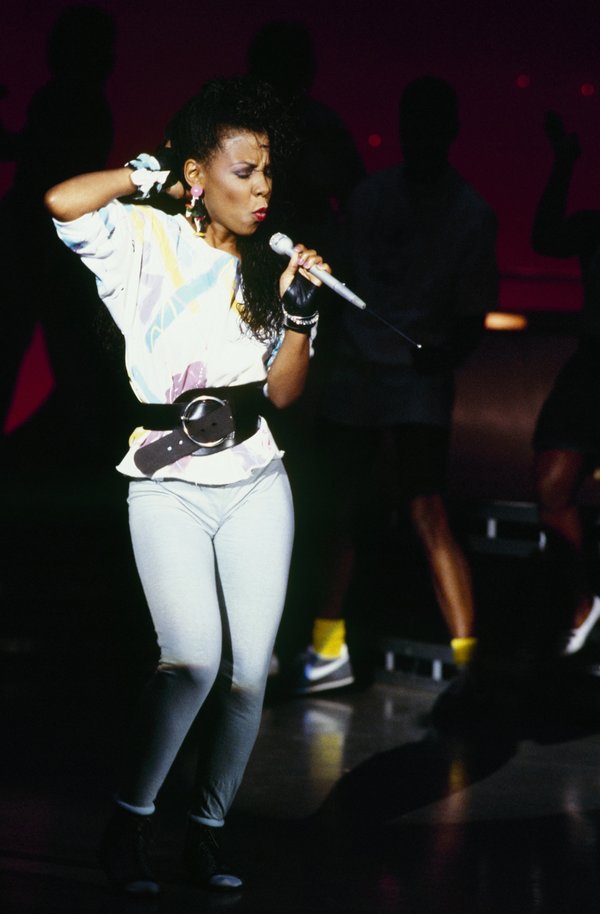 “When we were coming up, the prize was to be as versatile as you could be — to play with anybody,” she said in a recent phone interview before ducking into a rehearsal for her upcoming European tour. “You wanted to be able to play jazz with the greats, but you also wanted to know the nuances that allowed you to play dance music, and create music that people wanted to move to. The challenge became getting enough vocabulary to have that balance.”

On 1982’s “Forget Me Nots,” her biggest hit (later reconstituted as the “Men in Black” theme song), the point isn’t that anyone takes a blazing solo, or that the harmonies twist and turn surprisingly. It’s Rushen’s comfort with open space, and the rugged simplicity and sharp execution of her band.

It’s little wonder that Ms. Rushen has been name-checked by contemporary crossover stars like Thundercat and Robert Glasper, or that her new collection still feels like a usable how-to guide for musicians trying to convert conservatory chops into songcraft. Listen to “Remind Me: The Classic Elektra Recordings,” then put on Esperanza Spalding’s recent masterstroke, “12 Little Spells” — an album full of funk rhythm, electroacoustic textural play and cerebral-sensual poetry — and it’s hard not to hear history washing up onshore.

In her years with Elektra, Ms. Rushen seemed to be modeling an archetype that never ended up fully taking hold: a musician with an untroubled command of the jazz tradition, and a devotion to sharing that skill set with a popular audience without softening it up. Vested with a major label’s resources and an arms-length relationship to its executives, she made carefully produced, protean pop records that set dance floors aflame. Then she toured the material with a smallish band, relying on the talents of her ace jazz musicians to create something fresh on the road.

In 1982, with “Forget Me Nots” climbing the Billboard charts, Ms. Rushen appeared on the TV show “Soul Train.” After singing her hit to a flock of dancers in the show’s flashy studio, she stood for a short interview with a moonstruck Don Cornelius. He noted that her latest album, “Straight From the Heart,” seemed to come from just as genuine and nuanced a place as her early jazz records. Her eyes brightened at the thought.

“It more or less illustrates the change that I think black music is going through,” she told Mr. Cornelius. “We’re getting back to the groove again, and to the way things really feel — kind of blending the complexities with the simplicity, and putting it together for another thing. It’s very exciting.”

Born in Los Angeles in 1954, Ms. Rushen started playing piano at age 3, and she was giving classical recitals by 6. She attended Locke High School, which had a prestigious music program, where instruction often extended beyond the classroom. Reggie Andrews, a young instructor, invited figures like Herbie Hancock and members of Earth, Wind & Fire to speak at the school, or to rehearse there. He took his students to studios, to watch producers score movies and TV shows. So Ms. Rushen never felt like she had to choose between jazz or pop or writing for film: It could all be part of the same life.

When she was 17, Ms. Rushen and her band won a competition that earned them a spot at the Monterey Jazz Festival, and she found herself swarmed by interested labels. She signed with Prestige, and she released three albums between 1974 and 1976, all while attending U.S.C. From the start, her music was of the fusion zeitgeist: Some of the five original tracks on her 1974 debut, “Prelusion,” were full of wound-up swing and acoustic instrumentation, but on others, Ms. Rushen doubled her Fender Rhodes keyboard with a woozy ARP synthesizer, while the drummer Ndugu Chancler tended to a slinky rock beat below.

By 1976, when she released her third and final Prestige album, “Shout It Out,” she was writing funky jazz-pop — in the mold of the Mizell Brothers or the Stanley Clarke-George Duke Band — and she was singing on top of it, in a wispy, beguiling, ingénue’s voice that betrayed her age in ways that her musicianship never did.

She had also become an in-demand side musician, playing with jazz-fusion titans like Jean-Luc Ponty, Stanley Turrentine and Donald Byrd. By the time she signed to Elektra she had a significant following among jazz audiences, and among black radio stations’ more open-minded listeners.

With Elektra, she found that her mixed identity confused even the executives who’d signed her. “Haven’t You Heard,” a coy disco burner from her 1979 album “Pizzazz,” reached No. 42 on the Billboard Hot 100, but when she delivered the follow-up, the label told her there were no hits on it. The album was “Straight From the Heart,” and its first track was “Forget Me Nots.”

“Sometimes they wouldn’t be ahead of the curve,” Ms. Rushen said. She and her management paid to promote the record themselves, and “Forget Me Nots” became a radio mainstay, hitting No. 23 on the Hot 100.

When things caught on, the benefits didn’t escape her. Learning from jazz history, Ms. Rushen had been diligent about claiming her publishing rights. “That was a very big thing,” she said. “To know that the mechanism was in place, if things caught on, for that catalog to be of value.”

Today, as the chair of U.S.C.’s Popular Music Program, she preaches the importance of developing acumen and awareness, and then forging ahead with whatever it is that feels true. She’s found the message resonates, just as her music lives on in the hundreds of songs that sample her dance beats.

Ms. Rushen enjoys the experience of hearing how her songs have been repurposed, when samples come in for her approval as the copyright holder. “It’s very fulfilling to know that the music has a life of its own, beyond what it was for me,” she said. “That it keeps going.”