Before Meghan Markle became part of the British Royal Family, she was best known for her role as Rachel Zane in the long-running dramedy Suits. Since it ran for eight years (and Meghan was on for seven of them), it became a favorite show in many households: including with Prince William and Kate Middleton.

That’s right, William and Kate were reportedly fans of the hit TV show (with Harry noting that they watched it “religiously”) so they were very well aware of Meghan before meeting her in person.

In Prince Harry’s memoir Spare, he recalled that back in 2016, he was invited over to dinner at their home, because they could tell something big was happening in his love life. In the book, he wrote that they “wanted to find out” what it was, simply telling them that he had “a new woman” in his life. They reportedly “barraged” him with a series of questions, and Harry decided to give a redacted version of it all by saying he was seeing an American actress from the show Suits.”

And their reaction is truly what any die-hard fan would do. Harry wrote, “Their mouths fell open. They turned to each other. Then Willy turned to me and said, ‘F–k off?’”

It’s crazy to think how much they know of Meghan, how they’d watch her on TV all the time, and yet they now have the biggest Royal feud happening between the four of them. 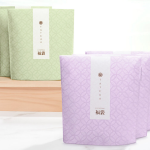 
Tatcha's Fan-Fave Lucky Bag Event Is Back: Score $200 Worth of Meghan Markle-Approved Japanese Skincare for Free

A common phrase with the British Royal Family is that you want “an heir, and a spare,” meaning you have secured the bloodline with an heir — and just in case something happens to the heir, you have a spare. And that’s exactly what Prince Harry was known as his entire time with the British Royal Family. After years of waiting, people are finally going to get to know an even closer, more vulnerable look at Prince Harry and his struggles. From losing his mother Princess Diana so suddenly and tragically, to how his life would play out afterward, Harry is baring it all for his memoir Spare.