Dear Bridgerton fans, we have some devasting news. In a statement shared by Lady Whistledown on Instagram, it was revealed that fan-favorite actor Regé-Jean Page a.k.a The Duke of Hastings a.k.a all of our mutual pandemic TV boyfriend will not be returning for the upcoming season two of the scandalous Netflix series. Like most people on the internet, we’re absolutely heartbroken and certainly did not expect to get dumped by Simon Basset. We’d like to pretend that this is a late April Fools joke but alas, Page has confirmed himself that he will be pulling out from the show (pun intended). See what the actor had to say about his departure below: 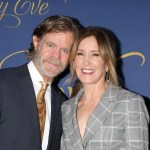 “It’s a one-season arc. It’s going to have a beginning, middle, end – give us a year,” Page told Variety, who recounted earlier conversations with Shondaland producers prior to signing on as The Duke. Indeed, it was the allure of a short-term role that drew Page to Bridgerton in the first place, he explained: “For the People” wrapped up. “[I thought] ‘That’s interesting,’ because then it felt like a limited series. I get to come in, I get to contribute my bit and then the Bridgerton family rolls on.”

Season two will follow The Duke’s brother-in-law Lord Anthony Bridgerton’s journey to find love, and as is the case with any subsequent seasons will focus on a different Bridgerton sibling similarity to the books.

“Dear Readers, while all eyes turn to Lord Anthony Bridgerton’s quest to find a Viscountess, we bid adieu to Regé-Jean Page, who so triumphantly played the Duke of Hastings,” the statement from the Bridgerton Instagram page began.

“We’ll miss Simon’s presence onscreen, but he will always be a part of the Bridgerton family,” it continued. “Daphne will remain a devoted wife and sister, helping her brother navigate the upcoming social season and what it has to offer – more intrigue and romance than my readers may be able to bear.”

Despite this, fans are understandably crushed. I mean, is this what it feels like to be broken up with via text?! While The Duke was not the central focus of the next season, in the books he makes small (but memorable) appearances — which fans of the books were looking forward to seeing on screen.

Even Kim Kardashian took to the comments to share her disappointment and wrote: “Wait!!! WHAT????.” Same Kim, same. Another commenter? None other than Page himself who wrote: “It’s been an absolute pleasure and a privilege! Joining this family – the connection on and off-screen, with our cast, our crew, all the incredible fans, has been like nothing I could have ever imagined – the love is real and will just keep growing ❤️❤️❤️💫.”

Yep, unlike Celine Dion — our hearts will, in fact, not go on. Though you bet we’ll be tuning in for season two of Bridgerton anyway. Sorry, Simon — it looks like now you’re just some Duke that we used to know (but we’ll love you forever).

Before you go, click here to see the best Bridgerton sex scenes.