Renée Zellweger and Ant Anstead have been together for over a year, and it sounds like they are in it for the long haul. The notoriously private 53-year-old actress and the TV personality are reportedly starting to look ahead to their future.

The duo is “so happy and super excited” to be making plans, which might include a wedding, according to an Us Weekly source. A possible marriage is “something they’ve both been leaning toward for a while” The insider added, “They’ve taken their time to do this right, living in separate houses and not rushing into anything. They’re trying not to get too far ahead of themselves and are both extremely private when it comes to their exact arrangements, but friends think an engagement could be very soon.”

The TV personality recently put his stunning Laguna Beach home on the market, but fans shouldn’t take that as a sign that they are buying property together just yet. A second source noted that the couple is “not moving in together at this time” — they are taking their time. “Ant is selling his home because he is ready for something new,” they said. We don’t know where he will land, but he’s sticking by Zellweger’s side.

Anstead might not want to take the plunge with the Oscar winner right now since he’s still in a tumultuous child custody case with ex-wife Christina Hall over their three-year-old son Hudson. Most recently, they argued in court over Hall’s use of their son’s image on social media and her reality shows — she’s now agreed to keep him out of the public eye. Perhaps once that battle is settled, Zellweger and Anstead can make more concrete plans and live out their dreams.

Before you go, click here to see all the celebrity couples who met on set. 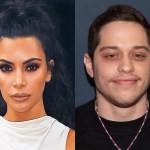