Watching Alvin Ailey American Dance Theater can change your life. If that sounds like a slogan, it’s truth in advertising, an established fact that this most self-congratulatory of companies has never been too modest to trumpet. Many testimonials to this Ailey effect come from inside the organization itself: from the dancers, directors and guest choreographers who cite their first experience of Ailey as life-altering.

Count the choreographer Darrell Grand Moultrie among them. Explaining the inspiration for “Ounce of Faith,” his first work for the main Ailey troupe, which had its premiere on Wednesday as part of the company’s weeklong summer season at the David H. Koch Theater, Mr. Moultrie has told a story about seeing an Ailey performance on a school trip when he was in third grade and how it set him on his path.

That story isn’t explicitly told in “Ounce of Faith,” but in a central section, Mr. Moultrie, in voice-over, thanks the music teacher who took him to that performance, and he explains the title of his dance: “If someone has an ounce of faith in you, it can change your life.”

The theme of inspiration and education is there from the start, as Khalia Campbell, a statuesque dancer who joined the company last year, emerges from a large ensemble to do a solo on the cover over the orchestra pit. The music is “Lift Ev’ry Voice and Sing,” an anthem often heard in African-American educational institutions, and the steps look like Ailey classroom exercises. Ms. Campbell does them grandly, heroically, but she also keeps quivering, exaggerating a student’s struggle.

Overdoing it is a problem with the work in general, including the garishness of Mark Eric’s costumes and Mark Stanley’s lighting. After Ms. Campbell’s solo, the dance explodes with “Logo Talk,” an irresistibly festive track of Afro-Cuban jazz by Wynton Marsalis. The choreography is lively yet frantic and oddly twitchy, skillfully showing off the incredible dancers but encouraging them to excess.

The middle is softer, using Mr. Marsalis’s tender playing of the ballad “Where or When” to color a tender interaction among three men. But Mr. Moultrie exacerbates the corniness of his own earnest text with hugs and more odd twitching. Finishing with “Bellhead,” a cowbell-heavy classic club track by Liquid Liquid, helps make “Ounce of Faith” a crowd-pleaser — the audience on Wednesday expressed its pleasure enthusiastically — yet it remains artistically indistinct, the essay of a student who has carefully studied better works in the Ailey repertory.

One of those followed it on Wednesday, Ronald K. Brown’s “The Call.” A standout piece made last year for the company’s 60th anniversary — another, Rennie Harris’s dark and dense “Lazarus,” returns Friday and Saturday — it was also inspired by its choreographer’s life-changing experience of seeing Ailey as a child. 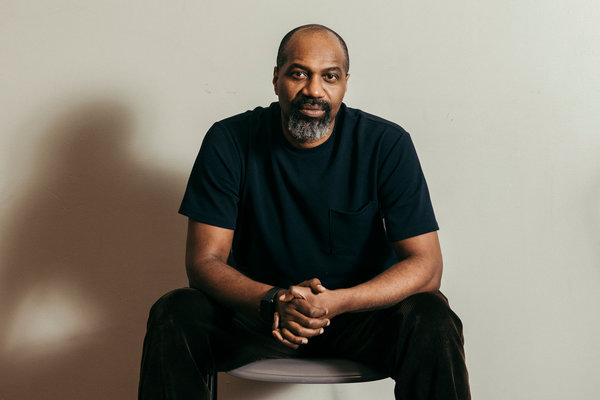 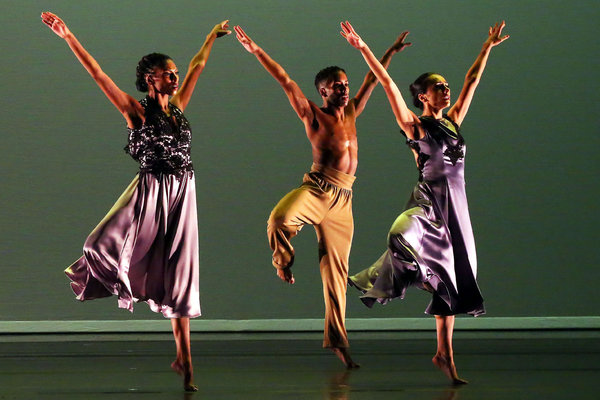 But how much more masterful this quiet work is. Mr. Moultrie arranges his musical selections in an effective order, but few can match Mr. Brown at telling a story though a mixtape suite. “The Call” starts with Bach, played on mandolin by Chris Thile, moves to swinging Mary Lou Williams jazz and ends with an undulating Malian groove, courtesy of Asase Yaa Entertainment Group.

If you think those musical selections sound unrelated, watch the dance. Observe how Mr. Brown’s West African-derived steps thread through all the modes, how both the Bach and the Malian groove become unclichéd jazz in his singular voice. The diasporic tale he’s telling is as understated and subtle as the allusions to Ailey’s choreography and biography. But it’s there, clear enough for a kid to feel — the start of another Ailey effect story.

Through Sunday at the David H. Koch Theater; davidhkochtheater.com.