Salma Hayek never disappoints when it comes to her red-carpet fashion — she always steps out in a glamorous curve-hugging ensemble that turns every head. On Tuesday, she made sure to bring her A-game to the 2023 Golden Globe Awards in a pale-pink outfit that gave off feminine, yet sexy, vibes.

The sweetheart neckline accentuated her gorgeous assets while cinching tightly at her waist as the crystals on the dress gave her a touch of sparkle. She wore her hair in a soft updo with tendrils grazing her cheeks, which gave a fabulous showcase for her chandelier earrings. Her makeup was all about the eyes as she wore long lashes and a pale lip — Hayek looked spectacular. 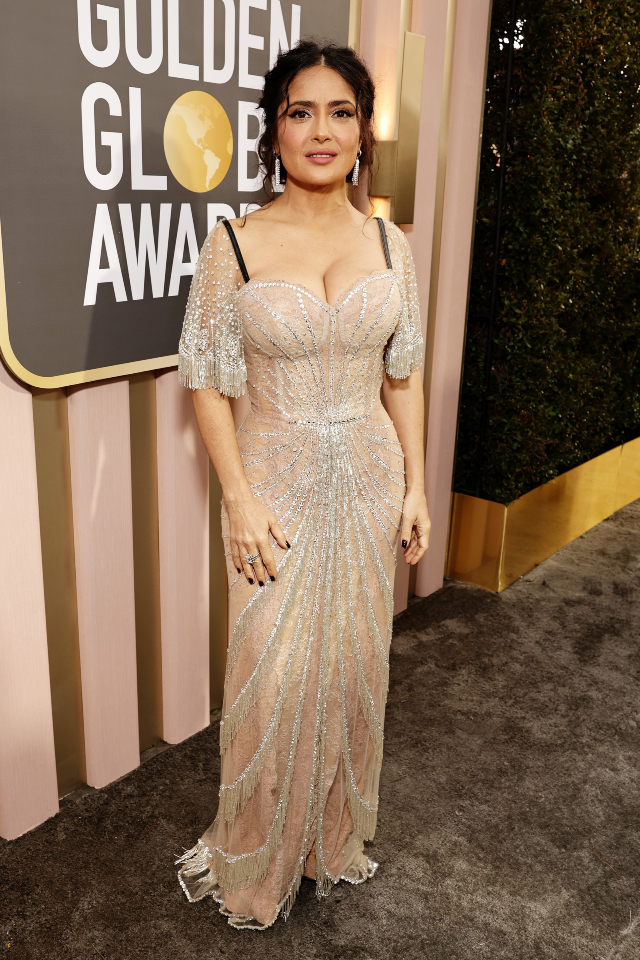 Hayek stumbled a bit early in her career when it came to finding silhouettes that fit her curvy figure on the red carpet, but now, she’s a total pro (and it certainly doesn’t’ hurt that she’s married to François-Henri Pinault, the CEO of Kering that owns designer brands like Gucci, Saint Laurent, and Balenciaga). Having these insider connections has tougher her “a lot about proportion” and dressing her body in the most flattering way.

“I’m not a typical model. When you don’t look like a model, you have to learn how to dress: what works and what doesn’t. At different points, they all taught me tricks: what to accentuate, what to stay away from, and what an inch up or an inch down does,” she explained to ES magazine. “It’s such a science. They’re kind of engineers, especially when they have a challenging body like mine. For fashion, my body’s challenging.” Whatever formula she’s coming up with — it’s working — because this Golden Globes gown is a winner.

Before you go, click here to see every couple who made their red carpet debut at the Golden Globes over the years below: 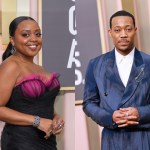