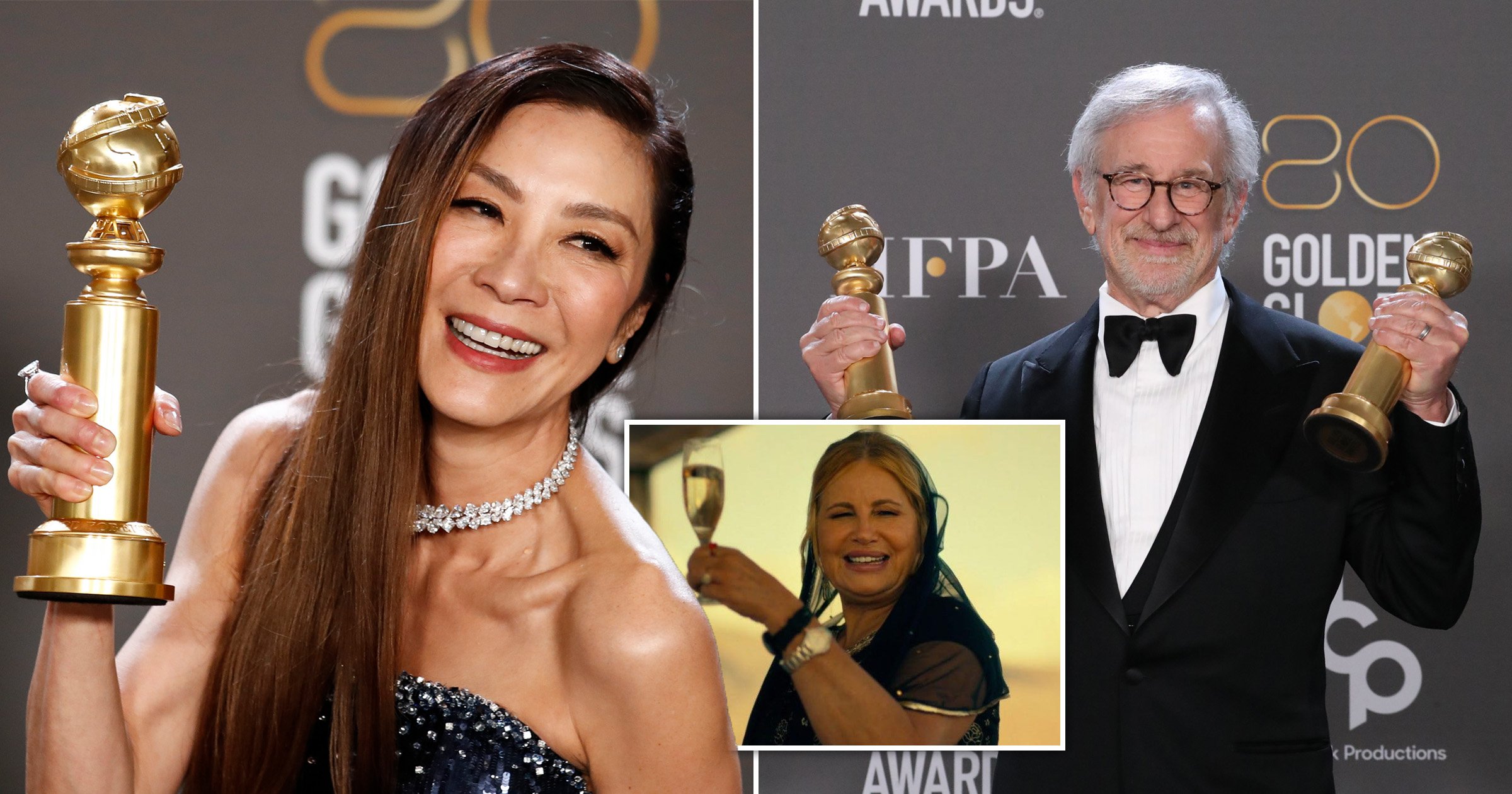 The Golden Globes 2023 were a star-studded affair to say the least, with famous faces from far and wide descending on the The Beverly Hilton to honour the best of the business.

Of course, the night wasn’t going to be void of controversy, with host Jerrod Carmichael kicking off the show by addressing the criticism of the event over lack of diversity in the past.

‘I’ll tell you why I’m here, I’m here because I’m Black,’ he said in his monologue, before stating: ‘This show, the Golden Globe Awards did not air last year, because the Hollywood Foreign Press Association, which I won’t say they were a racist organisation, but they didn’t have a single black member until George Floyd died – do with that information what you will.

‘One minute I’m making mint tea at home, the next you’re invited to be the Black face of an embattled white organisation. Life really comes at you fast.’

As the night proceeded, some of the favourites to win scooped up their awards, including Everything Everywhere All At Once star Michelle Yeoh, The White Lotus’ Jennifer Coolidge and The Fabelmans director Steven Spielberg.

Amid the plethora of accolades that were handed out, jokes were made at Will Smith’s expense after last year’s Oscar’s slap; individuals including Zendaya, Kevin Costner and Tom Cruise were missing from the line-up of stars in attendance; and the show saw President of Ukraine Volodymyr Zelensky offer a message of peace.

So who won at this year’s Golden Globes? Here’s the winners’ list in full:

Best Picture, Musical or Comedy: The Banshees of Inisherin

Best Performance by an Actor in a Motion Picture, Drama: Austin Butler (Elvis)

Best Performance by an Actress in a Motion Picture, Drama: Cate Blanchett (Tár)

Best Performance by an Actress in a Motion Picture, Musical or Comedy: Michelle Yeoh (Everything Everywhere All at Once)

Best Performance by an Actor in a Motion Picture, Musical or Comedy Colin Farrell (The Banshees of Inisherin)

Best Supporting Actor – Motion Picture: Ke Huy Quan (Everything Everywhere All at Once)

Best Performance by an Actor in a Television Series, Drama: Kevin Costner (Yellowstone)

Best Performance by an Actress in a Television Series, Drama: Zendaya (Euphoria)

Best Limited Series, Anthology Series or a Motion Picture made for Television: The White Lotus (HBO)

Best Performance by an Actress, Limited Series, Anthology Series or a Motion Picture made for Television: Amanda Seyfried (The Dropout)

Best Performance by an Actress in Supporting Role, Limited Series, Anthology Series or a Motion Picture made for Television: Jennifer Coolidge (The White Lotus)