For the music venue owners, theater producers and cultural institutions that have suffered through the pandemic with no business, the coronavirus relief package that congressional leaders agreed to this week offers the prospect of aid at last: it includes $15 billion to help them weather a crisis that has closed theaters and silenced halls.

The money, part of a $900 billion coronavirus relief package, is designed to help the culture sector — from dive-bar rock clubs to Broadway theaters and museums — survive. Many small proprietors described it as their last hope for being able to remain in business after a nearly yearlong revenue drought.

“This is what our industry needs to make it through,” said Dayna Frank, the owner of First Avenue, a storied music club in Minneapolis. She is also the board president of the National Independent Venue Association, which was formed in April and has lobbied Congress aggressively for relief for its more than 3,000 members.

As the news of the deal began to trickle out on Sunday night, a collective sigh of relief ricocheted through group text messages and social media posts. “Last night was the first time I have smiled in probably nine months,” Ms. Frank said. 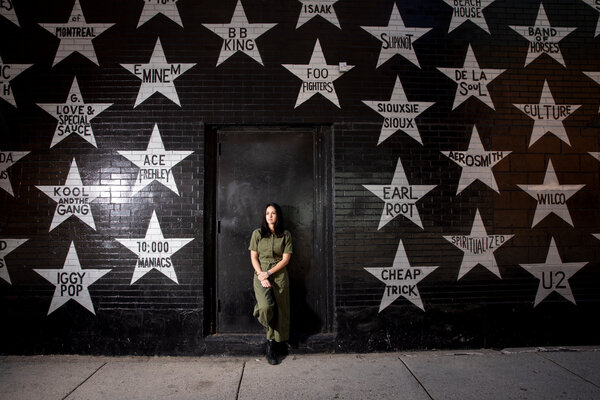 Broadway theaters, which have been closed since March, applauded the relief package.

“We are grateful for this bipartisan agreement which will provide immediate relief across our industry and a lifeline to the future,” Charlotte St. Martin, the president of the Broadway League, the trade organization for producers and theater owners, said in a statement.

Nataki Garrett, the artistic director for Oregon Shakespeare Festival, said that the aid would be crucial for nonprofit theaters. “Our situation was critical and dire,” she said.

But the leaders of some large nonprofit cultural organizations worried that the way the bill is structured — giving priority to organizations that lost very high percentages of their revenue before considering the rest — could put them at the back of the line for grants, since they typically get a significant portion of revenues through donations.

With the bill set to be approved in both chambers of Congress as early as Monday evening, arts groups around the nation were cautiously celebrating while studying the fine print to see what kind of aid they might qualify for. Most doubt the entertainment industry can fully swing back into action until well into next year, at the earliest.

The bill allows independent entertainment businesses, like music venues and movie theaters, along with other cultural entities, to apply for grants from the Small Business Administration to support six months of payments to employees and for costs including rent, utilities and maintenance. Applicants must have lost at least 25 percent of their revenue to qualify, and those have lost more than 90 percent will be able to apply first, within the first two weeks after the bill becomes law.

Grants will be capped at $10 million.

The core of those provisions were proposed in the Senate in July by Amy Klobuchar, Democrat of Minnesota, and John Cornyn, Republican of Texas. As relief efforts languished for months in Washington, venues and institutions began to give out. According to the independent venue association, at least 300 music spots have shut down since the start of the pandemic.

Senator Klobuchar credited the venue groups with a relentless campaign to persuade members of Congress of their economic and cultural value to local communities.

“It was the grass-roots efforts of musicians and theaters and fans all across the country,” Ms. Klobuchar said in an interview on Monday. “And it was the fact that the coalition stuck together. They didn’t infight.”

The pandemic forced small music venues and nonprofit theaters — normally strangers to Washington — to learn the fine art of lobbying. Proprietors spoke of the elbow grease they put into building their businesses, the ancillary benefit to local communities through tourism and dining, and the historical role that arts organizations have played in revitalizing blighted corridors of urban America.

The idea of cultural groups suffering in every corner of the country helped this part of the overall relief package obtain wide bipartisan support.

In addition to theaters and museums, the bill will allow talent agents and managers to apply for relief. The bill would restrict publicly traded companies and other large players.

“I wanted to make sure it didn’t benefit the Ticketmasters of the world,” Ms. Klobuchar said.

Chuck Schumer, the Democratic leader in the Senate, has been an aggressive advocate for cultural relief — he wore a “Save Our Stages” mask through the last flurry of negotiations on Capitol Hill last week — with, naturally, a particular focus on groups in New York, including Broadway theaters.

“It was not just Broadway,” Mr. Schumer said in an interview. “It was more the independent venues that were the lifeblood of New York. Young people come to New York, and that’s part of the reason they do come — to cities in general, not just New York.”

“The nonprofit and arts world is very important to the economies of cities,” he added. “People forget that.”

For some of the mom-and-pop venue operators who found themselves campaigning for relief, the process was a do-or-die necessity, if a bewildering one.

“We used to call managers and agents to book talent,” said Chris Bauman of Zenith Music Group, which operates a handful of venues in Chicago. “Now we got thrown into this crazy world of politics. Eighty hours a week of Zooms with mayors, senators, congressmen.”

“It shows there’s the ability to get it done,” Mr. Bauman added, fighting back tears. “Not be left behind.”