Terrance Dicks, who beginning in 1964 edited, wrote or co-wrote scores of episodes of the long-running British science-fiction series “Doctor Who” and helped establish some of its core elements, died on Aug. 29 in London. He was 84.

The BBC, which broadcasts the current incarnation of the show, posted news of his death on its website. The cause was not given.

Mr. Dicks came to “Doctor Who,” which involves the time- and space-traveling adventures of an extraterrestrial being called the Doctor, about five years after it began.

“I asked him how long it would be for, and he said it would be a three-month contract,” Mr. Dicks told The Airdrie & Coatbridge Advertiser of Scotland in 2014. “And there went the rest of my life.”

Producing the famously low-budget series was a seat-of-the-pants enterprise, and Mr. Dicks, who would continue as an editor or writer into the 1980s, provided stability and continuity. (The original show lasted until 1989; it was revived with much fanfare and a bigger budget in 2005.) In a 2013 interview with the British technology site The Register, he told a story that conveyed the disarray he dealt with regularly.

“When I arrived, the script situation was fairly diabolical and chaotic,” he said. “They were very often late, and shows were falling through.

“The most extreme example I can think of is when a four-parter and six-parter had fallen through, and Derrick Sherwin came into my office and said, ‘Terrance, we need a 10-part “Doctor Who” and you’re going to write it and we need it next week.’”

He recruited his friend Malcolm Hulke, who had previously written for the show, to help. The result was “The War Games,” a 10-part story broadcast in 1969 that is highly regarded by fans. Among other things, it fleshed out the back story of the title character, who, the story revealed, was from a race called the Time Lords. 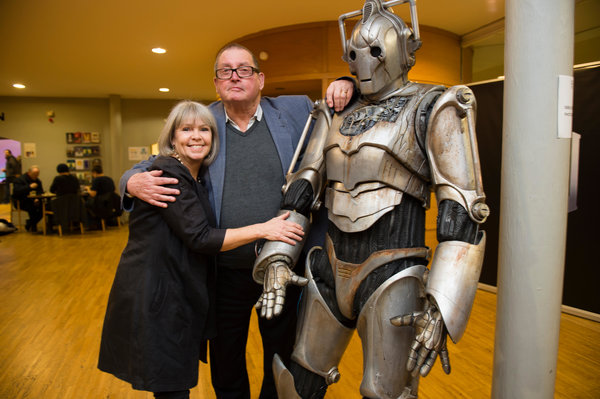 Mr. Dicks was not only a pivotal part of the TV series; he also wrote more than 60 novelizations based on its scripts, aimed at younger readers.

“My love of recreational reading came from devouring the many books of Terrance Dicks,” the actor Dan Starkey, a “Doctor Who” alumnus, said on Twitter.

As Alan McWhan, an organizer of “Doctor Who” conventions, told The Advertiser in 2014, Mr. Dicks “was truly the J.K. Rowling of his day, providing an entire generation of children a gateway to literature.”

Terrance William Dicks was born on May 10, 1935, in the East Ham section of London. His father, Bill, was a salesman, and his mother, Nellie (Ambler) Dicks, was a waitress.

He studied English at Cambridge University and, after graduating in the late 1950s, served two years in the British Army before becoming a copywriter. He also wrote radio scripts as a sideline. At the time he rented a room from Mr. Hulke, who was writing for the series “The Avengers,” and in 1962 Mr. Hulke got him some writing work on that show, his entree into TV.

The offer to join “Doctor Who” was not exactly a plum, the series not yet having become a cultural touchstone.

“The show was going downwards at that time,” Mr. Dicks told Doctor Who Magazine in 1990. “I thought it was like being given a job on the Titanic.”

Rumors of cancellation proved untrue, however, and Mr. Dicks, along with the producer Barry Letts, was instrumental in revitalizing the show, especially once Jon Pertwee took over as the Doctor in 1970. (He was the third actor to play the role; that list has now grown to 13. The Doctor, in the mythology of the series, periodically “regenerates,” taking on new identities. The current Doctor, Jodie Whittaker, is the first woman to play the part.) 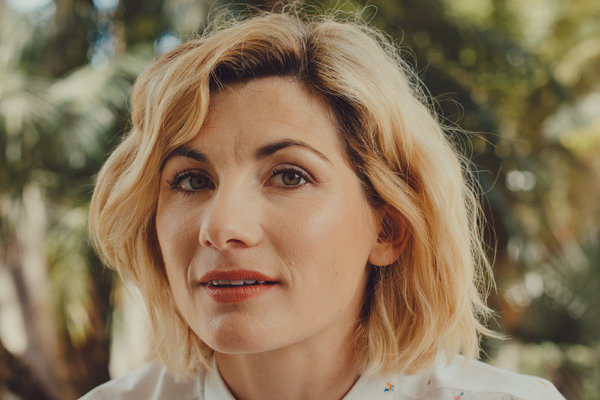 “The whole thing clicked,” Mr. Dicks said. “We suddenly took off again and started getting really good viewing figures. It was like a renaissance for the show.”

Among the high points of his involvement with the series, he said, was being asked to write the 20th-anniversary special in 1983. It was to be called “The Five Doctors,” and he was asked to come up with a story that would include all five incarnations of the lead character up to that point.

“It was like one of those games where you write a story out of objects found in a box,” Mr. Dicks said. “This particular box had an awful large number of objects in it. So you just started shuffling them around, trying to find a reason for them to fit together.”

By that time Mr. Dicks was working on other television projects, like mini-series of “Great Expectations” (1981) and “Beau Geste” (1982). Later in the 1980s he worked on mini-series of “Jane Eyre,” “The Pickwick Papers” and others.

He was also turning out his “Doctor Who” books and writing numerous other adventure books for children as well, like a series called “The Baker Street Irregulars,” drawn from Sherlock Holmes.

Mr. Dicks married Elsa Germaney in 1963. She survives him, as do three sons, Stephen, Jonathan and Oliver, and two grandchildren.

Mr. Dicks, though an ambassador for “Doctor Who,” was less serious about the mythology of the show than many of the show’s fans are. In 2008 he bristled when a writer for The Herald of Glasgow used the phrase “story arcs” in talking about the series.

“I don’t know what a story arc is!” he said, offering a different image from draftsmanship.

“It’s like a set of parallel lines,” he said. “You stay within those and you’ve got enormous liberty.”

In the 2013 interview with The Register, he noted that any big plans for the series, especially in the beginning, were shoved aside by practical necessities.

“My plan was to get the bloody show out, on the air,” he said. “When people asked me, ‘What were your aims and ambitions for the show?’ I’d say, ‘That the BBC did not have to show the test card at 6 p.m. on Saturday night.’”

Neil Genzlinger is a writer for the Obituaries Desk. Previously he was a television, film and theater critic. @genznyt • Facebook