Every month, streaming services add movies and TV shows to its library. Here are our picks for some of November’s most promising new titles. (Note: Streaming services occasionally change schedules without giving notice. For more recommendations on what to stream, sign up for our twice-weekly Watching newsletter here.)

The “12 Years a Slave” director Steve McQueen evokes the playwright August Wilson’s “Century Cycle” with his new five-part anthology series, set among London’s West Indian neighborhoods between the late 1960s and the early ’80s. Kicking off with the two-hour movie “Mangrove” — an intense courtroom drama, about the police harassment of a Black Power organization in Notting Hill — “Small Axe” proceeds through four hourlong episodes that capture the characters, the culture and the causes that animated Black immigrants in England during the period when McQueen came of age. As is the case with his theatrical films, these TV episodes (co-written with Alastair Siddons and Courttia Newland) aren’t dully polemical. Instead they plunge viewers into the sounds and sensations of their times, and are brought to life by memorable characters, played in “Small Axe” by the formidable likes of John Boyega and Letitia Wright. 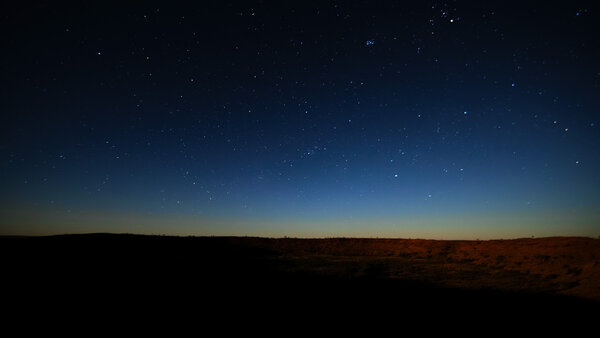 During the past 15 years, the veteran German filmmaker Werner Herzog has collaborated occasionally with Clive Oppenheimer, a British scientist with a particular interest in how forbidding landscapes and strange geological phenomena affect human society. Oppenheimer appeared in Herzog’s “Encounters at the End of the World,” and co-directed “Into the Inferno” with him. In their latest documentary, “Fireball,” these two endlessly curious friends travel the world, looking for meteorite fragments in and around giant craters. As Herzog notes in his typically deadpan narration, he’s less interested in the scientific particulars of these rocks than he is in how they’ve shaped communities across the planet. For centuries, people have created art and have even developed religious observances, based on their encounters with these strange artifacts from the sky. Herzog, Oppenheimer and their interview subjects ponder the meaning of this, considering how something so ancient and so alien might have made us who we are.

If nothing else, it may be worth watching the zingy white-collar melodrama “Industry” for its talented young cast of British and American newcomers, some or all of whom could be stars someday. Even if none of these actors ever break through, this is still a fast-paced and enjoyably soapy take on the modern world of high finance, following a diverse group of interns at a high-powered London investment bank, as they work too much — and party too hard — while trying to impress their superiors enough to get a permanent position. The details of big business are fairly up-to-date, but otherwise this is a timeless story about ambitious youngsters, learning their limits as they race headlong toward a future they’ve been imagining for themselves.

As a teenager, Madison Hamburg, then an aspiring filmmaker, learned that his mother had been murdered in their upper-middle-class neighborhood in Madison, Conn. — and that his estranged father, a scandal-plagued international wheeler-dealer, was a prime suspect. Years later, as the local police proved ineffective at cracking the case, Hamburg picked up his camera and started interviewing family members and friends, investigating not just the crime but the mysteries of a childhood that seemed privileged and idyllic, but was more troubled behind closed doors. The result of his project is the four-part docu-series “Murder on Middle Beach,” which combines home movie footage with at-times harrowing personal confrontations. This is a different kind of true-crime story, where the endpoint isn’t so much “whodunit” as “Who am I?”

“The Big Bang Theory” actress Kaley Cuoco is both an executive producer and the star of the paranoid thriller “The Flight Attendant,” a mini-series adapted from Chris Bohjalian’s novel of the same name. Cuoco plays Cassie, a free-spirited flight attendant who typically spends her layovers in exotic ports of call, getting drunk and sleeping with handsome passengers — that is, until she wakes up one morning in a luxury hotel, in bed with a corpse. The show’s plot is gripping, following Cassie as she tries to scurry back to her life before anyone notices the death. But what makes the series more than just an exercise in Hitchcockian suspense is Cuoco, a gifted comic actress who here shifts her skills to drama without losing her vivacity.

“Between the World and Me”

‘Eater’s Guide to the World’

Before the pandemic changed the nature of food writing, the columnists for the website Eater often focused as much on the overall vibe of the restaurants and bars they covered as they did the food or the chefs — or on how they were going to stay open during the shutdown. The series “Eater’s Guide to the World” was mostly shot pre-Covid; and it is a welcome reminder of how things used to be. Each half-hour episode offers little vignettes from different regions — the Pacific Northwest, Costa Rica, Tijuana and more — that emphasize the décor, the customers and the funky specialties of local hangouts. Much of the show’s appeal is attributable to its narrator, Maya Rudolph, who mixes an occasionally offbeat observation into her otherwise evocative and poetic descriptions, delivered in a cheerily lilting voice.

This ripped-from-the-headlines action series covers multiple aspects of the ongoing Syrian civil war, shown from the perspective of a Frenchman named Antoine (Félix Moati) as he tries to solve a family mystery. When he sees someone who looks like his dead sister in a news report about Kurdish freedom fighters, Antoine upends his cozy domestic life and heads to the Middle East, where he meets rebels and mercenaries, all while trying to determine if his sister is alive. Though the current Syrian political situation provides the backdrop — with the work of the all-female militia known as the Women’s Protection Units as the show’s specific subject — “No Man’s Land” is mostly about the confusion and the life-and-death frenzy within a war-torn region.

When the original “Animaniacs” series debuted in 1993, the show’s combination of zany irreverence and pop-culture references won over both kids and their parents and helped lead a new wave of smart, creative cartoons. Hulu’s “Animaniacs” revival doesn’t stray too far from what worked the first time. The same core characters — the hyperactive trio of Yakko, Wakko and Dot, plus the would-be world-dominating mice Pinky and the Brain — have third-wall-breaking mini-adventures and sing smart-alecky songs, all in an animation style that hasn’t been tweaked or updated much since the ’90s. Older fans who tune into the new version for a nostalgia rush will find what they’re looking for — and in the first episode will be merrily mocked in song by the Warner brothers (and sister).

“The Mighty Ones” Season 1

Is It Safe to Fly During the Pandemic? Answers From the Experts

Shotgun once belonging to London socialite to be sold at auction