How Barry Jenkins and his band of indie filmmakers made television’s most ambitious take on American slavery since “Roots.”

Barry Jenkins and Thuso Mbedu on the set of “The Underground Railroad,” which took an emotional toll on the cast and crew. “This show has broken me, if not once a week, every other week,” Jenkins said.Credit…Atsushi Nishijima/Amazon Studios 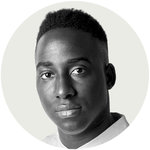