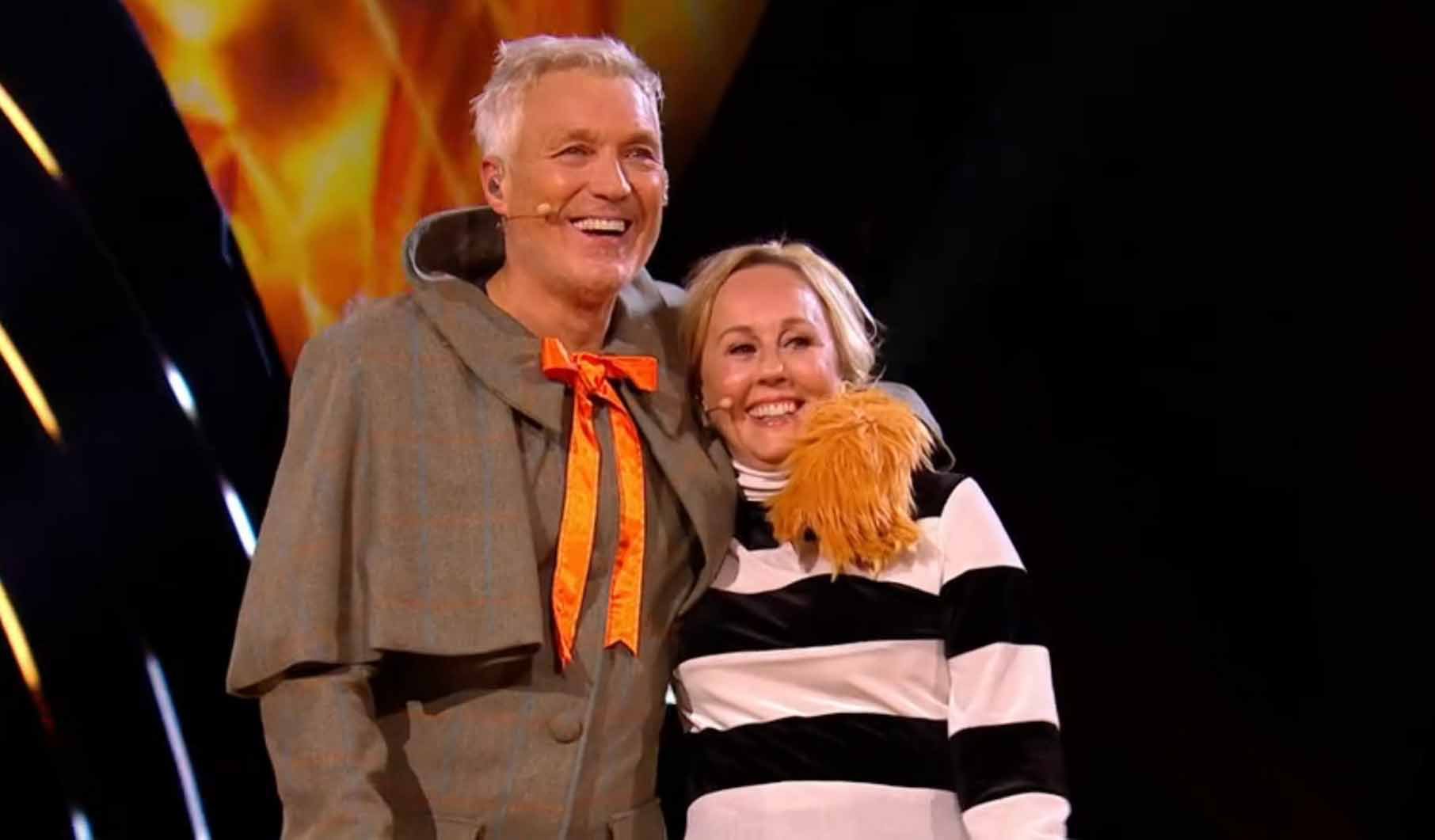 A third celebrity has been revealed on The Masked Singer UK – well, a third and a fourth, as duo Cat & Mouse have been revealed!

After failing to garner enough votes from the studio audience to keep their masks on for another week, Martin and Shirlie Kemp have been sent home despite four epic performances.

But, they had the last laugh and couldn’t help but chuckle when they revealed their identities, given that the panel had no idea who they were.

Judges Rita Ora, Davina McCall, Jonathan Ross, and Mo Gilligan were all gobsmacked when the masks came off, despite comedian Mo claiming to have been ‘so close’ by picking up on a reference to Celebrity Gogglebox, which Martin has starred on with son Roman.

However, viewers at home had started to piece together the clues from the VTs, as well as recognising the star’s voices.

One clue referenced Martin’s stint in EastEnders by featuring a shot in the Queen Vic pub, in which he played Steve Owen.

Another clue heard him say he was going to get ‘straight to the pointe’, of course, a nod to his time in Spandau Ballet in the 1980s.

Previous guesses from the panel included Danny and Dani Dyer, Tom and Giovanna Fletcher, and David Walliams and Amanda Holden.

Speaking about their decision to take part in the whacky singing show, Martin and Shirley joked that they wanted to embarrass their famous son, who was totally in the dark about what they were up to.

Asked if the Capital Breakfast DJ knew that they have taken part, Shirlie said: ‘No this is going to embarrass him. Most people say they are doing it for their kids.’

Asked if they enjoyed it, Shirlie said: ‘I’ve never done anything so nerve wracking in my life.’

In a Q&A following their exit, the showbiz couple said they chose Cat & Mouse characters so they could be something ‘cute’ but also to have a ‘story’ behind them.

Martin added that he’d always wanted to take part in the show because ‘it looked like so much fun.’

‘It is just so off the wall. It’s so much harder to sing in the mask than you imagine it will be,’ Shirley said.

Next Saturday, the remaining characters, Fawn, Jacket Potato, Pigeon, Rhino, and Rubbish will be taking to the stage to sing in disguise and stump the panel and viewers alike.