The New School, in New York City, is one of the most international universities in the country. Of its approximately 10,000 students, about 34 percent are from outside the United States, the majority of those from China.

The university, founded in 1919 as the New School for Social Research, comprises five colleges; the best known is Parsons School of Design. Parsons Paris, founded in 1921, draws students from around the world.

The university also has partnerships with the Indian School of Design & Innovation and the Dubai Institute of Design and Innovation, and smaller collaborations with institutions in 16 countries, including Israel, Japan, the Dominican Republic and the Netherlands. It is exploring the possibility of a Parsons Shenzen in China, which, like the one in Paris, would be a degree-granting campus with a focus on design.

David Van Zandt, who has been president of the university since 2011, plans to step down next year when his contract expires. He spoke to The New York Times about the globalization of education. This interview has been edited and condensed.

What has changed with global education and universities?

I think there’s been a shift away from “how do you change the experience for American students” to “how do you reach non-U.S. students?” That’s what we’re doing in Mumbai, in Dubai and in Shenzen in China. We help write the curriculum and offer other support. It’s all for the locals.

We get a fee for doing the consulting. If there’s an ongoing relationship using our brand, we get a regular fee. Sometimes it’s just one-off.

We actually almost had a deal with Saudi Arabia, which would have been great, but because of the Khashoggi thing, we put a stop on it. [Jamal Khashoggi, a Saudi dissident and journalist for The Washington Post, was killed in the Saudi embassy in Istanbul last year.] We would have been a partner, similar to Dubai. 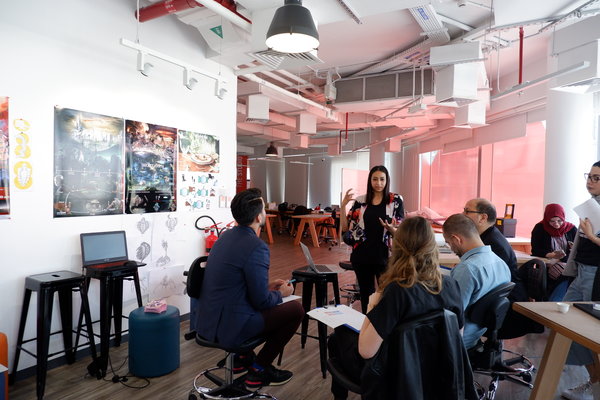 I would expect to.

Did you feel morally it wasn’t a good idea, or it looked bad for the New School?

There have been concerns by students and faculty at other universities about partnering with countries with questionable records on human rights. Do you have those concerns?

There’s lots of things not to like about China, for example. But when we talk to our Chinese students about opening in Shenzen, there’s a view that the larger the number of universities there, the more difficult it is for the Chinese government to clamp down on academic freedom or otherwise try to interfere with us.

I think it’s a question: Do you want engagement or do you want to be morally pure and isolate yourself? I tend toward the engagement level, particularly in the academic sphere. In China, we have very strict rules about academic freedom. We’re not going to stay if the government interferes, and so far it hasn’t.

Some university administrators say they’re taking a harder look at which Chinese students are enrolling in their graduate programs because of fear of spying. Are you concerned about that?

Since we’re not in the engineering/sciences fields, we’re not concerned about spying. The big issue is visas and that the doors might come down. If the doors come down, we, like a lot of other universities, are going to be in a difficult position. I don’t know how far these trade wars will actually go, and one of the biggest exports in our country — people don’t know this — is higher ed.

Also, from a sociopolitical standpoint — you’re educating people in other countries — you’re exposing them to the good and the bad of the U.S., which I happen to think is good, especially those from totalitarian regimes.

Do you think since the 2016 election, the New School has taken stands it might not have in the past?

That’s sometimes a complaint from members of the community, that we’re not outspoken enough. That’s a personal philosophy I have, which I think a lot of university presidents share. We don’t really take positions on external political issues unless it has a direct connection to higher ed.

We’re actually one of the four named plaintiffs in a lawsuit on a particular immigration policy that the Trump administration put out; it says if somebody overstays their visa, you start counting from the day they actually started overstaying, rather than from when they were accused of doing it. That means a lot more people won’t be able to get back in the country once they leave. Those are the kinds of cases where it’s very important to be a leader.

[Last year, the United States Citizenship and Immigration Services announced this change, for certain types of visa holders; this could affect international students and exchange scholars. The New School, along with three others, filed the lawsuit, Guilford College et al. v. Nielsen et al. in Federal District Court, and dozens of other universities joined in supporting it. On May 3, a preliminary injunction was issued stopping the government from enforcing the policy.]

About 5 percent of your undergraduates study abroad. Do you think study abroad can in any way counter the fear of foreigners that is being whipped up in this country?

I don’t have any hard evidence, but my opinion would be any exposure internationally is important. I think one problem is that, because the American colleges and universities are trying to scale up, they tend to create little pods of all-American students and lots of them even send their own faculty over to teach them. So you’re sitting in a place in Paris and you’re never really interacting with French people your age. I always thought it’s much better to go to a local institution. On the other hand, Parsons Paris does serve as a landing spot for students here who want to spend a semester abroad. The big advantage there is students at Parsons Paris are from all over the world.

How is the crackdown on undocumented immigrants affecting your school?

There’s certainly a lot of concern. One of our policies is that we don’t know who is undocumented. Our basic policy is we’re not going to cooperate with immigration officials absent some sort of valid legal authority. That’s a fairly standard thing. There’s a group of faculty and students who wanted us to declare ourselves a sanctuary campus. I decided I didn’t want to do that.

Why did you decide against that?

I said we’re doing all the things behind that — all I care about really is our students and supporting them. I didn’t see an advantage other than negative and saying we don’t like Trump. I don’t like Trump — many students didn’t vote for Trump, but we do have some conservative students and they tend to be quieter. I didn’t see the advantage of labeling ourselves in a particular way.

If there’s one thing about higher education that keeps you up at night, what is it?

This model just doesn’t work. The median family income in the United States has stayed the same, and at the same time our costs just keep going up. It’s harder and harder every year to give the faculty and staff raises. The cost of health care is going up at 3 percent every year and our ability to raise the tuition is going down. This place is in a very strong position — much more than other places — because we have a brand, but I’m worried about this place when it finally hits the wall.

We’re definitely worth $50,000. We’ve seen the value of a college degree over a high school degree, and the difference has only increased. The reason it costs so much is because of what’s demanded by the students and their parents. When I went to college, we had no orientation, my parents dropped me off, and today you can’t do that. Parents and kids expect much more special treatment.

A big issue on college campuses is mental health. The demands to have mental health services have only grown over time. There are jokes about climbing walls and sushi kitchens — but the higher costs are really more advisers, more support for students. And also, at many colleges, faculty salaries have been driven up because there’s a competition for faculty.

If parents were asked, “would you pay $20,000 less if you took all this support and the additions out — the orientations, the mental health?” — do you think they would say yes?

They would say yes if they were answering your question in the abstract, but if their kid needs some help that’s different. What we do is a high-touch full-time residential experience — not just teaching — for kids between 18 and 24, and that is very expensive.

Looking back, what has been the biggest challenge of being a university president?

The external political environment had a big impact. When I got here, the first year was Occupy Wall Street and I think what happens on the outside reverberates on the inside. The Donald Trump situation caused all sorts of angst. I think all universities are getting more vocal in their objections and willingness to take positions or say things or cause problems — or, put in the positive way, they want to be a part of the support of democracy.