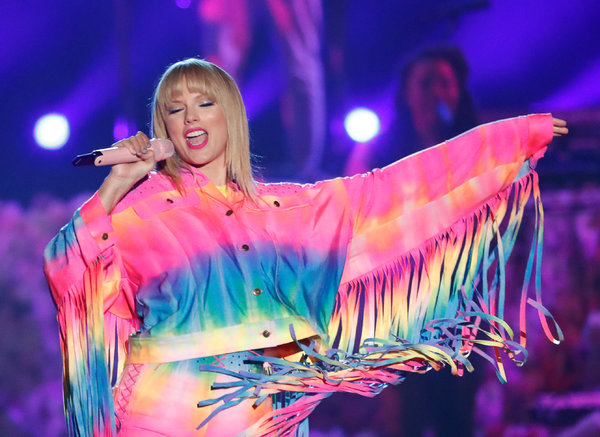 Taylor Swift, ‘You Need to Calm Down’

Taylor Swift looks around and sees enemies everywhere on the aggrieved but not triumphant “You Need to Calm Down.” Tsk-tsk is a familiar mode for her, and typically she inhabits it with cheekiness and a raw sense of indignation. But here, her singing is deadpan and heavily filtered and processed, compressing all the joy out of her voice. And the lyrics draw implicit parallels between mean trolls (“Say it in the street, that’s a knockout/But you say it in a tweet, that’s a cop-out”) and actual bigots (“Why are you mad when you could be GLAAD?/Sunshine on the street at the parade/But you would rather be in the Dark Ages”). This is the second song from Swift’s seventh album “Lover,” which she just announced will be released in August. Its groove is slow and deliberate, with shades of electro and dub, and the stacked vocals have a pleasant thickness. But Swift used to win battles with wit and savvy, not weapons of mass production. JON CARAMANICA

Madonna, ‘I Don’t Search I Find’

Madonna’s 21st-century albums have been wildly inconsistent: a single that touches a nerve alongside a lot of contrived collaborations. Her latest album, “Madame X,” fits that template, but it does include the techno-pulsed, thoroughly Internet-aware, “I Don’t Search I Find.” Steady beats per minute and synthetic stings accompany the sung and spoken vocals in this track, which insists, “I found love, I found something new/I found you.” She has more to say about life and death, but beat and hooks are her message. JON PARELES

Vagabon — the songwriter Laeticia Tamko — trades the guitar-centered indie-rock of her 2017 album, “Infinite Worlds,” for electronics in “Flood Hands,” from her album due in September. It’s a processional that circles ceaselessly through four chords, with their dense timbres changing but their cycle only interrupted, now and then, by a booming drum sound. She’s singing about an obsession — “I know even if I run from it/I’m still in it” — that, despite its sonic permutations, can’t be escaped. PARELES 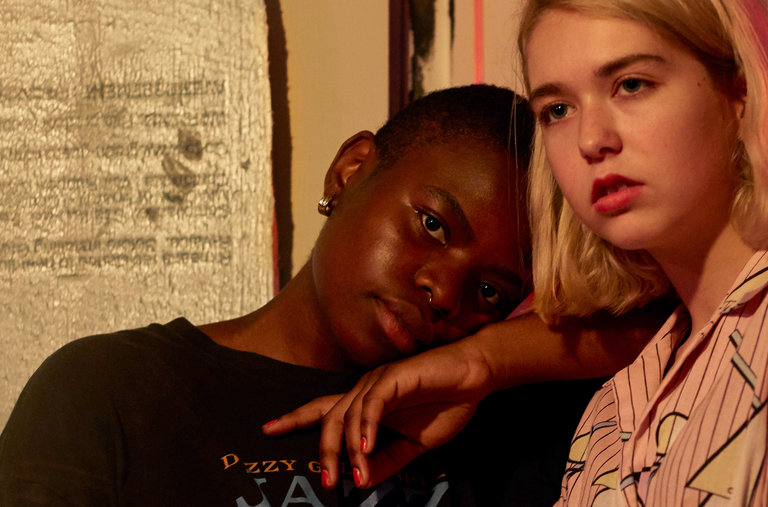 What emerges when the wry mystic Sturgill Simpson writes the title track for the new Jim Jarmusch zombie comedy is an elegant, elegiac hard-country song that’s notionally about the walking dead, but is really about how the dead still walk among us, in our hearts and minds: “Hearts break when loved ones journey on/At the thought that they’re now forever gone/So we tell ourselves they’re all still around us all the time.” CARAMANICA 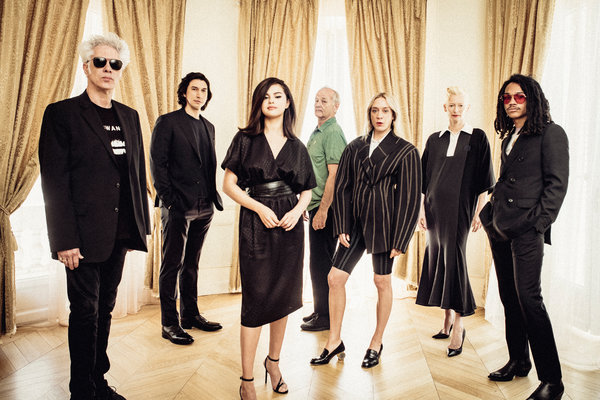 A pair of songs Julien Baker released on vinyl for Record Store Day were too richly wrought for such limited distribution; now they’re online. In “Conversation Piece” she sings about longing to be invisible: to “be a ghost and abandon the white sheet.” Ghostly sonic apparitions arrive and vanish around her voice and electric guitar; she can be surrounded and then all alone. In “Red Door,” she grapples with self-destructive rages and depression: “How far do you think I can go/Beneath before you won’t follow?” Her music rises to a resolute march, even as it copes with unpredictable surges and hollows. PARELES

Joan Shelley, ‘Coming Down for You’

“Coming Down for You” is a vow of compassionate devotion — “I’m coming down for you, to where you’ve fallen to” — set in a natural landscape: “Up the canyons and the valleys, I’ll call back to you.” The Kentucky-born songwriter Joan Shelley sets it to modal fingerpicking, acoustic and electric, that harks back to Appalachian roots, linking a personal bond to deeper tradition. PARELES

On this track, from the Israeli bassist Avishai Cohen’s latest album, each instrument seems to be doing a different dance — and even if they never cohere into a steady flow, together the five-piece band establishes a kind of boisterous, polyglot unity. When the pianist Elchin Shirinov’s Afro-Latin left-hand pattern syncs up with Cohen’s bass, his right hand keeps moving along on its own syncopated path. A trombone and flute eventually enter, draped over the rhythm section like a loosely stitched blanket, but they don’t offer a melody to guide your ear. The focus remains on the rhythm, frayed but adamant, like an instrumental hip-hop beat or an ancient rite. GIOVANNI RUSSONELLO

A tremendously infectious, potently throbbing, deliriously up-tempo song that blends mellow hyphy and mellow crunk. That said, why Lil Jon has chosen, in the year 2019, to release a collaboration with the Bay Area legend Mac Dre, who was murdered in 2004, is an utter mystery. But the seamlessness of the pairing — Mac Dre’s unearthed verse is refreshingly smooth — solves it. CARAMANICA

Stately, churchy, but slightly wavering chords support Raveena Aurora, a New York City songwriter in a subdued secular hymn about prying herself out of a toxic relationship. “I know you love to see me broken/You live to see me confused,” she sings. “Don’t talk too soon/I ain’t dead yet.” But her voice is calm, with a hint of Bollywood antigraivity; she has realized that, “I was so naïve to think a man could be stronger than me.” PARELES

Fabian Almazan puts his money — and his music — where his mouth is, advocating for environmental justice as both an improviser and an impresario. The Cuban-born pianist’s label, Biophilia Records, distributes CD-size booklets with no plastic discs (each package includes a download code instead), and encourages its artists to participate in sustainability activism. On Friday, Almazan’s trio released “This Land Abounds With Life,” the most inspired album in his already-impressive career, and an extended meditation on the imperiled majesty of the natural world. The centerpiece is a 13-minute-long epic titled “The Everglades,” which seems to chart the senescence of the Florida wetlands: It starts on a low lament, with open-tone electronics widening the space around his tolling piano, before the trio bursts into a driving fury — as brutal and uncontainable as the rising sea. Then comes a disappearance, an electroacoustic passage that sounds like the hum of radioactive rubble, and ultimately a return to that original lament. RUSSONELLO

An earlier version of a summary with this article misspelled the name of one of the musicians. It is Vagabon, not Vagabond.

Jon Pareles has been The Times’s chief pop music critic since 1988. A musician, he has played in rock bands, jazz groups and classical ensembles. He majored in music at Yale University. @JonPareles

Jon Caramanica is a pop music critic for The Times and the host of the Popcast. He also writes the men’s Critical Shopper column for Styles. He previously worked for Vibe magazine, and has written for the Village Voice, Spin, XXL and more. @joncaramanica