At the beginning of the second act of “Oklahoma!,” the audience is greeted with a dance: A young woman — bald, powerfully built and wearing a sequined shirt that says “Dream Baby Dream” — appears, surrounded by swirling fog, as if she were a mirage.

That dancer, Gabrielle Hamilton, runs, prances, twists violently from side to side and pauses to stare boldly at audience members. Her presence, uninhibited and raw, is meant to shake things up. This may be Broadway, but the dream ballet in Daniel Fish’s brilliantly reimagined “Oklahoma!” is ages from the usual step-ball-change kind of dance found there. And that’s wonderful.

[Read about how John Heginbotham created the dream ballet.]

Why has it stirred up such strong reactions, with audience members loving or hating it? Clearly, it strays from the norm. It’s unnerving. And it’s not afraid of looking ugly. That its choreographer, John Heginbotham, wasn’t nominated for a Tony Award seems both shocking and not at all surprising. 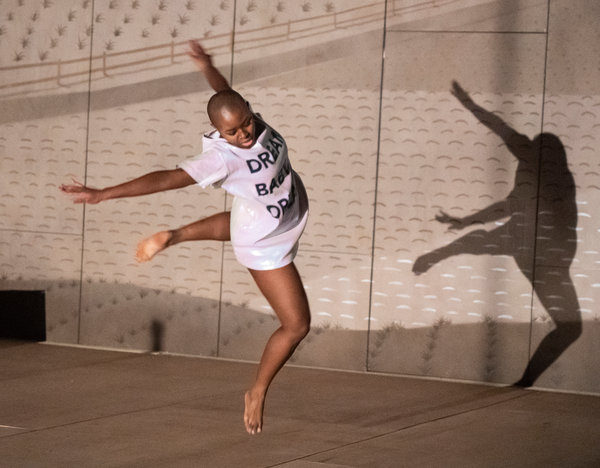 The frustrating part about Broadway dance isn’t that there is no choreography of quality, but that what’s excellent — “Oklahoma!” and, in another register, “The Prom” — isn’t being recognized. But standard fare, or worse, slight fare, receives nominations. The main exception is Camille A. Brown’s defiant choreography for the play “Choir Boy.”

Ms. Brown shares the nomination for best choreographer with four others: Warren Carlyle for “Kiss Me, Kate”; Denis Jones for “Tootsie”; David Neumann for “Hadestown”; and Sergio Trujillo for “Ain’t Too Proud: The Life and Times of the Temptations.” The ceremony will be held June 9, and I’m rooting for Ms. Brown.

Like Mr. Heginbotham in “Oklahoma!,” Ms. Brown brings something urgent and fresh to Broadway dance. It’s fitting that both come out of the modern dance world. They aren’t commercially inclined; for each, the work is the work, an intimate process between a choreographer and dancers. They serve their shows, not by illustrating or commenting on the story, but by revealing the emotion behind the narrative in ways that words or music alone cannot.

In Tarell Alvin McCraney’s “Choir Boy,” Ms. Brown uses step, in which the body becomes a percussive instrument, to help tell the story of a group of African-American students enrolled at a private school. They don’t all get along, but when they dance, they form a brotherhood. When they dance, the seem like more than just characters; their synchronized movements remind us of the pain but also of the dignity of being black men in America.

In “Kiss Me, Kate,” Mr. Carlyle’s throwback to classic musical theater spotlights a lengthy number, “Too Darn Hot.” It’s spirited, but derivative, a lively centerpiece in a fairly tepid show; while it honors the idea of Broadway dance with its brush strokes of tap and jazz, it feels archaic — full of energy and smiles, but little substance.

The choreography in “Ain’t Too Proud,” which features the nimble Jeremy Pope — he also starred in “Choir Boy” — is affectingly seamless. Here, Mr. Trujillo gives the stylized steps more punch and intricacy than they had when the group was in its heyday, and it works: His synchronized movement knits the songs together with flair.

But the choreography, inextricably wedded to the music, happens in fits and starts; it hits the spot but carries none of the weight of the dream ballet in “Oklahoma!” or of the multitude of dances in “The Prom,” another show that wasn’t nominated for its choreography. In this delight of a musical comedy, the dancing is integrated from beginning to end as the movement switches between hip-hop and musical-theater forms. One elevates the other, and Casey Nicholaw, its director and choreographer, isn’t afraid of being funny. (Mr. Nicholaw was nominated for best director.)

In “Tootsie,” bodies swish — unremarkably — to a similar set of instructions by the fictional director Ron Carlisle (Reg Rogers) to his cast: “Bounce bounce bounce bounce, Fosse arm, Fosse arm, restless leg yeah, change the light bulb.” It goes on much longer, but you get the gist and are probably asking the same question: How does taking a choreographic idea from a film and putting it into a Broadway musical about another film warrant a Tony nomination?

And then there is “Hadestown,” the contemporary retelling of the myth of Orpheus and Eurydice. The mystery of that show — which, like “Oklahoma!,” made the leap from the downtown, more experimental world to Broadway — is its appeal. As far as movement is concerned, the only compelling performer onstage is the actor André De Shields, who can simply stand and make stillness gorgeous. When he walks, it’s as if he were gliding. The man floats.

The “Hadestown” choreography is by Mr. Neumann, who is also known for his time in the modern dance world. But his contribution is mechanical and overwrought. The dancers circle the stage like pieces of machinery; the way they use the weight of their bodies — even when they jump or flow from one side of the stage to the other — is sticky with melodrama. You sense everything coming before it has arrived.

As Orpheus, Reeve Carney, with his raised shoulders and arms held slightly behind his back, mirrors the stance of Mr. Neumann in his dancing days. You can sense how closely they worked together, but the effect is contrived, as is the busy choreography for the group known as the Workers Chorus. These are dancers trying so hard to be seen that they’re distracting.

That sort of look-at-me behavior happens in “Kate Me, Kate” and “Tootsie,” too. What Ms. Hamilton illustrates in “Oklahoma!” is diametrically different: The choreography grants her the ability to move like lightning, but also to be patient.

Mr. Heginbotham has said he was inspired by remarks made by Agnes de Mille, who created the original choreography for the show in 1943. Speaking to a group of dance students, she once said: “Take your time. Beginners are always afraid of taking time. They think nothing’s happening. Time is happening, and it works in suspense. Time can work for you as actively as a gesture if you know how to use it.”

The use of time is what makes the dream ballet so disconcerting for some and so riveting for others. In Ms. Hamilton’s dancing, what we’re witnessing is a sexual awakening. The choreography, stuttering and sensual, disrupts full-bodied runs and spins with stillness where we wait for Ms. Hamilton’s blood and breath to settle back into her body.

She has no partner, yet the dance is full of touch. Ms. Hamilton caresses her face and her neck, opening herself up to sensations. She makes eye contact with audience members and then flitters away. She is both tough and vulnerable as she makes private acts public. The solo can look messy, and that’s O.K. It’s a release. There’s a reason it feels warped; she’s not from the same universe as the characters in the play.

At the same time, she’s a container for all of them, including, of course, Laurey, the confused heroine torn between two men. Yet this choreography asks bigger questions: What side of yourself do you present to the world? Who are you really?

Ms. Hamilton’s movement brings the script to life: “Close your eyes and inhale. Ask your heart what you really want. Wait for the answer.”

As the dance progresses, that becomes something of a dare to the audience: Do it. And don’t be afraid of taking your time. Ms. Hamilton is paving the path. It might not be pretty or comfortable, but as she dances on the edge of a dream, she’s the spirit of a bold, new frontier. Broadway, please take note. 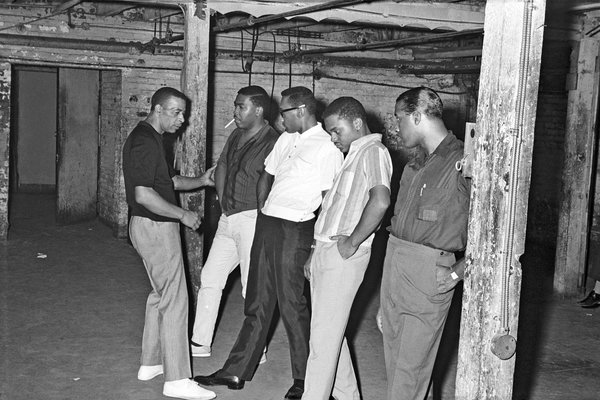 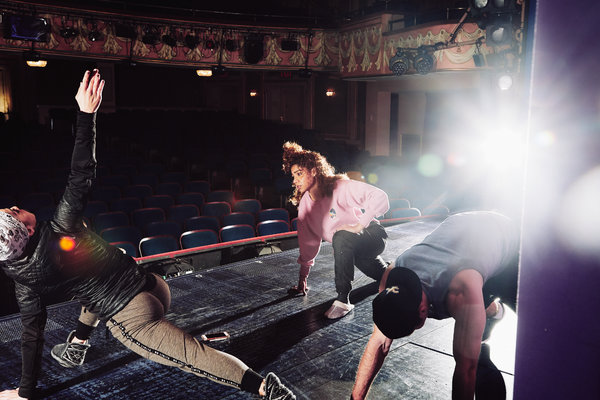 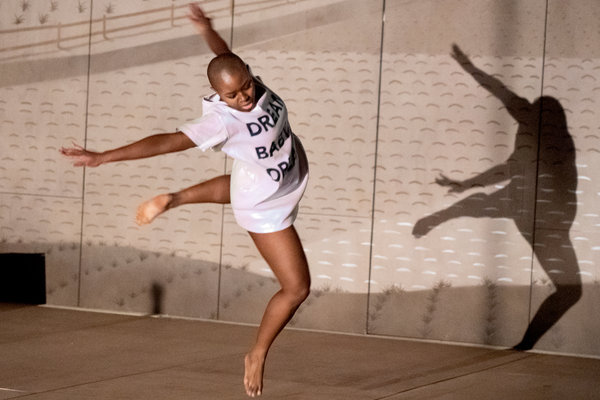