How did Raja Feather Kelly — known for his imaginative dance-theater excavations of pop and queer culture — end up as a go-to choreographer for Off Broadway shows?

One reason, an obvious one, had to do with a close friend. As soon as the playwright Branden Jacobs-Jenkins started to pass his name along to people in the theater world, Mr. Kelly found himself in demand. First, in 2016, came Adrienne Kennedy’s “Funnyhouse of a Negro.” Next was Suzan-Lori Parks’s “The Death of the Last Black Man in the Whole Entire World,” directed by Lileana Blain-Cruz.

“She said, ‘I have this ensemble, and I don’t want them to leave the stage so I need to think about their physicality and their bodies,’” Mr. Kelly recalled. “Then Branden had a show called ‘Everybody’ with 15-foot dancing skeletons and an idea that there would be a death dance. When I got the script, the page was blank.”

Soon, he found himself filling a niche Off Broadway. “I was working on new plays that wanted to have a physical life, but didn’t know how,” he said. “I walk in and it’s like, ‘We know we want movement and we want to bring the show to life and we want the bodies to be stylistic and particular, and we feel like working with a choreographer would help us do that.’”

Mr. Kelly, a slim, indefatigable 32-year-old with quick humor and a penchant for wearing artfully mismatched socks, added: “And then questions are like: ‘What do you do? What do choreographers do?’” 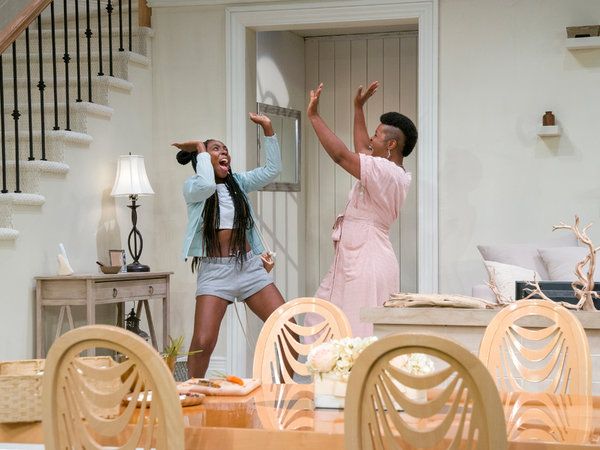 He laughed. But even though he is known as a figure in the world of experimental downtown dance, Mr. Kelly — who unveiled a new piece for his company, the Feath3r Theory at the Invisible Dog in Brooklyn over the weekend — loved musical theater as a teenager. Now his choreography constitutes a vital part of two important Off Broadway productions: “Fairview,” the Pulitzer Prize-winning play by Jackie Sibblies Drury, and “A Strange Loop,” a musical by Michael R. Jackson.

So how does he explain what a choreographer does or, more important, what he does?

“I like behavior,” he said. “I think of virtuosic behavior as what I like to do with my choreography. That’s where I can help: by making the behavior specific and virtuosic. I feel like I found a place — that directors and writers now are wanting to do something different and that makes a place for someone like me who is different. It’s cool.”

Mr. Kelly does incorporate dance steps, but his choreographic approach is also about finding subtle ways of getting to both the essence of a character and the universe of a piece.

In “Fairview,” directed by Sarah Benson at the Polonsky Shakespeare Center, Mr. Kelly’s work is so deeply woven into the play’s fabric, that it would be a completely different piece without him. It’s set in the home of an African-American family on the evening of a birthday dinner; the jittery Beverly, who is trying to make everything perfect, is having a hard time reining in her husband, sister and daughter.

Eventually, Beverly faints, and the stage is reset as it was at the start of the play; the actors perform the same movements they did in the first part, a finely tuned mix of everyday movements — peeling carrots, setting out a cheese plate, drinking wine — to a soundtrack of voices discussing what race they would change into if they could. It’s essentially a 40-minute piece of dance theater. (The last section is a surprise and should remain one.) “Fairview” deals specifically with the black body, and its relationship to movement is integral.

“Raja completely changed the process in terms of making dance such a central part to the show and how the play works,” Ms. Benson said. “The play is about making explicit structures of power, how we watch theater, who goes to the theater, how white people watch black people, how black people are watched by white people. The play is theatricalizing ‘embodying.’ Raja is putting those questions on the body.”

Along the way, there are references to sitcoms like “The Jeffersons,” “Family Matters” and “Moesha,” as well as to social dance forms like the Hustle and the Electric Slide. “It was always really important to me that it all looked really natural, so if you notice, everybody moves a lot,” Mr. Kelly said. “When the dancing comes, it doesn’t want to seem like a surprise. When they do a dance later, you’re not like where did this dance come from? You’ve been watching them move and orbit around.”

In the musical “A Strange Loop,” at Playwrights Horizons, the protagonist, Usher, a self-described “fat, black, queer” writer, works as an usher at “The Lion King” and is writing a musical — about a fat, black, queer writer. His parents would rather he turn it into a Tyler Perry-type gospel play. All the while, he is at war with the thoughts in his head; in the production, directed by Stephen Brackett, the Thoughts, numbered one through six, are characters.

For the Thoughts’ choreography, Mr. Kelly said he asked himself: “If I were being my most flamboyant self — which I sometimes am — and I kept turning that knob up, what would that look like?

“In the middle of a song, someone will just swing their hands around and it’s not necessary, but it is for me if I was expressing myself.”

In Mr. Kelly’s own artistic life, theater came before dance. He grew up in Fort Hood, Tex., and later moved to Long Branch, N.J., to finish high school where there was a performing arts program, the Westwood Players. “I did it all: musical theater, speech and debate, dance team,” he said.

His first encounter with musical theater was Bob Fosse. “I was like, I should probably do that,” he said, with a laugh. “It was super sexy, but so weird and if ever someone would call me sexy it would be in a weird way.”

He attended Connecticut College, where he studied English and dance and went on to choreograph and to dance for others, including Reggie Wilson, David Dorfman and Kyle Abraham. For now, he has stopped dancing; his recent show, “We May Never Dance Again®,” which returns to Invisible Dog in January, is, in part a meditation on that change in his life.

Focusing solely on choreography, which he sees as a visual art, is where his interest lies now. And he likes infusing plays with his take on dance.

“I have studied the difference between sitting across from you and sitting right next to you, and it’s huge,” he said. “By understanding a body’s relationship in space, you see how small tweaks make people feel differently. I think having someone in the room like that can really help develop an arc of a show.”

Would he like a shot at a Broadway musical? Absolutely. And what would he do?

“This sounds weird, but I think I would attempt to make it less dance-y but just as big,” he said. “Again, my thing is about behavior, so how can a dial be turned up so the dance is both expected and celebrated” — but not “now we dance and now dance over.”

He added: “It feels like there’s life missing from some of the things I’ve seen. I just want to care about people and why they’re dancing.”

At the moment, though, he feels lucky. “I choreograph full time,” he said. “I’m happy to do that for now. And Broadway isn’t going anywhere. Broadway will come.” 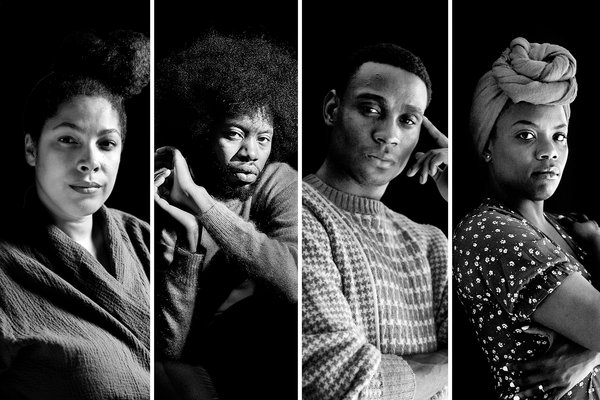 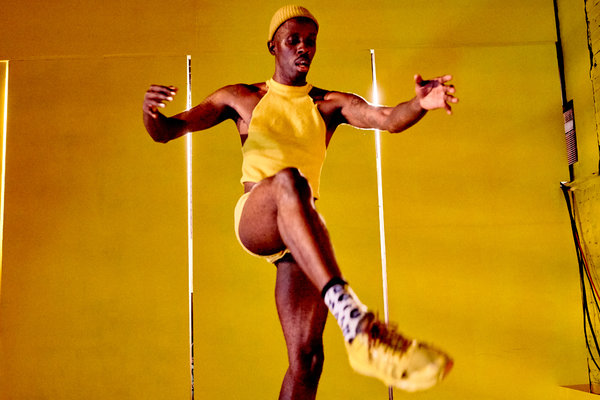