DJ Kool Herc, a pioneer of the breakbeat, is also a master of kites. 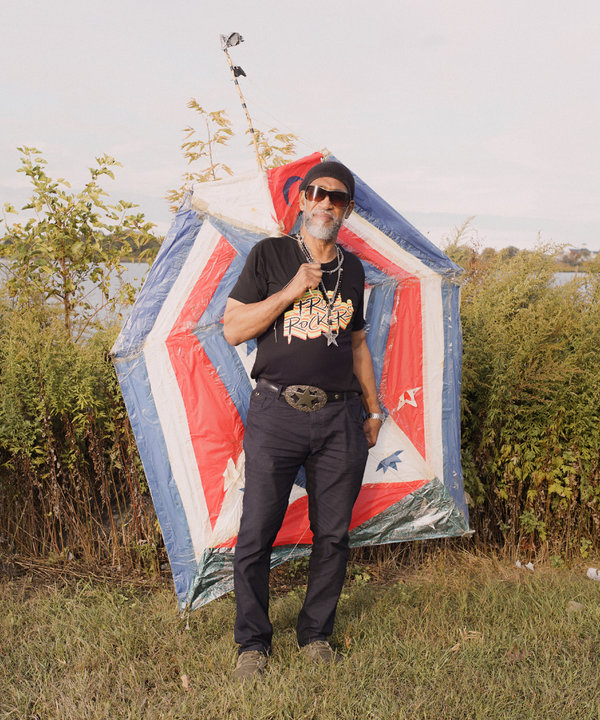 On a Wednesday in July at Clason Point Park in the Bronx, DJ Kool Herc, the internationally known D.J. and one of the fathers of hip-hop, was flying a kite. A few people walked up while his kite was in the air, and he pulled on the string to make it swoop and jink. “See, just like that!” he said. He was greeted by a group of middle-aged black men standing next to some Puerto Rican elders playing loud salsa music and sitting on beach chairs. “What’s up Herc!” someone else yelled from a distance. “All right!” he shouted back.

You can often find Herc at this grassy spot along the East River, a string in his hand tethered to a colorful assemblage of plastic and bamboo soaring above. The July afternoon flight was just across town from 1520 Sedgwick Avenue, where, in 1973, Herc, whose real name is Clive Campbell, hosted a back-to-school jam that is sometimes credited as the birthplace of hip-hop. He and his sister, Cindy Campbell, wanted to make money to buy new clothes for school, and in the process helped along one of the biggest cultural movements in the modern era.

Hip-hop continues to be a large part of Herc’s life. Kite-flying, too, has been a constant.

Kool Herc, now 64, was 12 when he moved with his family to the Bronx from Jamaica. Kite-flying was a way to make friends — and to stay out of trouble.

“We flew them in the middle of the bricks and concrete,” he said. “Right in between buildings and in any open field we could find.”

Herc remembered flying kites with his friends in Clason Point Park in the late 1960s and early 1970s; to get there, they would hitch rides or hop on various buses. In those days, they would build their own kites with bamboo, string and heavy paper. When they couldn’t afford bamboo, they used sticks. Today, Herc uses plastic instead of paper to make larger kites.

“I still use bamboo from the flower shops, man,” he said while trying to untangle some line.

This flight took place in the same area where the group used to meet. Back then it was “filled with bushes and unpaved,” he said. Now manicured walking paths wind through well-tended patches of green.

Kite-flying is a centuries-old part of Caribbean culture. In countries like Barbados, Grenada and Trinidad and Tobago, it’s a popular tradition during Easter celebrations. In Jamaica, there is the St. Ann Kite Festival, also known as the Jamaica International Kite Festival, which features competitive events for children and adults.

When Kool Herc was growing up, he said that tensions between several Caribbean groups in the neighborhood were frequent. That shared heritage helped provide common ground.

“The answer was to put the gangs down and the kites up,” he said while gazing out onto the nearby harbor.

These days, there are fewer kite-fliers in the area than Herc remembers from his childhood: “There’s a lot more drones in the air.”

Still, he hopes that young people will want to carry the tradition into the future. Whenever he sees them while he’s flying, he tells them so. “I want to make more kites for the kids,” he said. “I prefer to see kites over drones.”

In the meantime, there’s plenty of room for him in the skies above the Bronx.

“I will always love the Bronx, no matter what,” he said. “And I eventually want to fly a kite in heaven. I want to fly a big kite there one day.”

Surfacing is a weekly column that explores the intersection of art and life, produced by Alicia DeSantis, Jolie Ruben and Josephine Sedgwick.