The artist Do Ho Suh created his first “Hub” sculpture as a fabric version of his home that could collapse to fit into a suitcase.

“The idea was how to take your memory and your culture with you in a suitcase and give yourself some comfort when you’re in another country,” explained Rachel Lehmann, co-founder of the Lehmann Maupin gallery, which is bringing one of his hubs to Art Basel, in collaboration with the gallery Victoria Miro.

But over the years, Mr. Suh’s “Hubs” have grown. The one he’s going to present at Art Basel in the fair’s Unlimited section traveled to Switzerland in several crates.

The work, “Hub, 260-7 Sungbook-Dong, Sungbook-Ku, Seoul, Korea,” of 2017 is 33.5 feet long, and in spite of its delicate appearance, isn’t lightweight either, because of the very thin stainless steel frame that gives it structure.

Creating space for such ambitious, monumental works was the primary idea behind Unlimited, the 156,000-square-foot exhibition space at Art Basel devoted to art that simply can’t fit into a standard gallery booth. 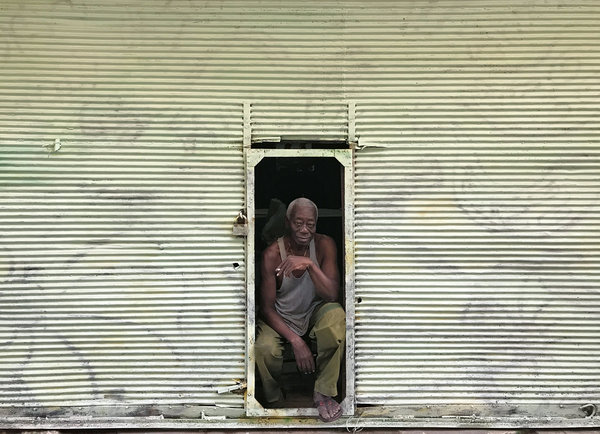 Since it was begun in 2000, Unlimited, which is offered only at the fair in Basel, has proved to be a particularly popular draw. Most people attending the fair — there were 95,000 last year — are expected to visit the section, not only for the sheer wow factor of the works, but also for the relevance of its offerings.

“I often tell people that Unlimited is to some extent curated by the zeitgeist,” Marc Spiegler, global director of Art Basel, said in a telephone interview.

This year, 75 large-scale projects, including film, video and virtual reality installations (which can’t be shown in a booth), are on view, with pieces by established names such as Larry Bell, Duane Hanson, Fiona Tan and Franz West, along with work by emerging artists such as Kapwani Kiwanga and Bunny Rogers.

Mr. Suh’s work isn’t necessarily the largest piece in this year’s Unlimited section. The artist Valentin Carron’s 2018 “Dust Mint,” at 21 feet high, may be the tallest, according to organizers of the fair, and Vajiko Chachkhiani’s 2018 piece “Flies Bite, It’s Going to Rain” is probably the heaviest, weighing in at 11 tons.

Other works surpass the limitations of a booth for other reasons: An installation by the Brazilian artist Hélio Oiticica, “Projeto Filtro-Para Vergara” from 1972, is made up of several compartments in which visitors experience color; one of them contains gallons of orange juice.

“Ovoid Solitude,” a new work by the Kosovar Albanian artist Sislej Xhafa, features a nearly 80-year-old Cuban egg seller, who will work from a replica of his real shop in Havana. The artist arranged for all the necessary visas to get the egg seller out of Cuba for the first time in his life and explores issues “about walls, borders, divisions,” said Lorenzo Fiaschi, director of Galleria Continua, which is presenting the piece.

Unlimited “shows you what is possible, basically,” said Gianni Jetzer of the Hirshhorn Museum and Sculpture Garden in Washington, who is curating the section for the last time.

Unlimited also reflects the fact that contemporary art, over the years, has grown larger and is often far more complicated to display than a classic oil painting or sculpture. But as the number of private art foundations and private museums has increased, pieces no longer have to fit into a living room.

“Partially because we put this into play, people started to think of this more as something that you would put into your home,” Mr. Spiegler said. “More and more collectors either have built private museums or have moved from the classic Fifth Avenue apartment into former industrial spaces, which are much larger.”

Ms. Lehmann agreed that the pieces her gallery brings to Unlimited tend to end up in the hands of private collectors. “Our experience is that private foundations are more likely to buy these works,” she said. “We have not sold out of Unlimited to public museums as much.”

Peter Freeman, who has galleries in New York and Paris, said he had presented in Unlimited about 10 times. Most of the work has been sold to museums or private foundations, including a 98-foot-long Mel Bochner painting that was bought by the Guggenheim Abu Dhabi and a Robert Rauschenberg work from 1970 of about 59 feet, purchased by the Los Angeles County Museum of Art.

This year, his gallery will present new video works by Ms. Tan, as well as a major installation by the German artists Anna and Bernhard Blume, a couple who worked together until Bernhard’s death in 2011; Anna is now 82.

The multipanel piece, “Im Wald (In the Forest),” is one of the largest they made together, consisting of a series of 22 black and white gelatin silver prints, each about 8 feet by 4 feet, arranged in a row that is more than 98 feet wide.

“They had a solo show at the Centre Pompidou in Paris, and they’re quite well known in Germany, but they don’t get shown so much because it does take up so much space,” Mr. Freeman said. “It’s another example of why you need a space like Unlimited to be able to show that work.”