Years of addiction and struggle followed his breakout role in “American Beauty.” He lived to tell the tale, and get a major role on TV’s biggest show. 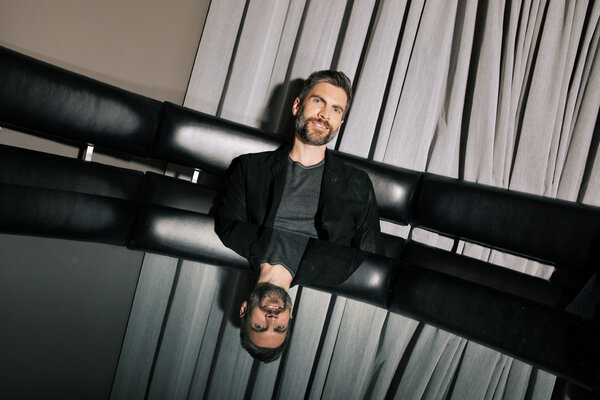 It’s not easy being Jamie Dutton.

The adopted son of the ruthless rancher John Dutton on Paramount Network’s wildly popular neo-western series “Yellowstone,” Jamie just wanted to be a cowboy. Instead the man who raised him sent him off to law school. He wanted to be governor of Montana, but John stepped over him in humiliating fashion. His sister, Beth, eviscerates him on a regular basis. He has spent four-and-a-half seasons desperate for the paterfamilias’ attention while also hating his guts.

Nor is it easy playing Jamie Dutton. Wes Bentley can tell you all about that. Jamie has taken him to some dark places, the kinds of places he knows all too well.

“He’s incredibly sad,” the actor said over brunch recently at an outdoor cafe in Los Angeles. “I’ve always dealt with my sadness with things like comedy, or humor, or drugs at one point, or trying to just ignore it and finding another way out of it. But you can’t do that when you’re trying to portray someone’s sadness. You have to let it be there. That’s been the hardest part of it all, and it’s weighed on my life a little bit.”

Bentley, 44, makes it clear that he’s not complaining. He’s grateful to be a key part of the most popular drama on television, which had its midseason finale on Sunday amid a fresh batch of potential familial murder plots. More than that, he’s grateful to be alive.

And yet, “The regrets are always going to be there,” he added.

Most people are likely to have first encountered Bentley as Ricky Fitts, Kevin Spacey’s pot-dealing neighbor in the 1999 film “American Beauty.” He was 21 when the movie debuted, and he seemed like a handsome, soulful young man with a future. But he grew disillusioned with the roles that came his way next — “It was all vampires and underdeveloped young people,” he said — and found himself drifting into addiction. Heroin. Cocaine. Lots of booze. In 2008, he was arrested and pleaded guilty to heroin possession and trying to pass a counterfeit $100 bill. He was falling toward his bottom fast.

He remembers taking a job on a cheapie Stephen King adaptation, “Dolan’s Cadillac” (2009), and mapping out his next steps: “This is probably my last acting job,” he told himself. “I’m going to be a drug dealer and a D.J.”