This article contains news about what happens in the game being broadcast on Monday. It began airing in some cities on Monday morning.

For weeks, the “Jeopardy!” phenomenon James Holzhauer has been unstoppable.

He has set the record for the most money won in one episode, holds the second spot on the list, and the next 14. Eleven times during his winning streak, he has gone a whole game without buzzing in incorrectly. For fans, the question was not whether he would surpass the $2.52 million Ken Jennings won during his record 74-game winning streak in 2004, but when.

In the episode airing on Monday, Holzhauer’s “Jeopardy!” reign is coming to an end with his 33rd game, a tantalizing $58,484 shy of Jennings’ mark. The number of the day turned out to be $22,002, the amount that separated him from the winner, a librarian from Chicago named Emma Boettcher.

“Nobody likes to lose,” Holzhauer said in an interview. “But I’m very proud of how I did, and I really exceeded my own expectations for the show. So I don’t feel bad about it.”

(The interview was conducted under the condition it not be published until the prerecorded episode was broadcast.)

As he racked up wins, Holzhauer, a 34-year-old professional sports bettor who lives in Las Vegas, gained a celebrity status that, besides Jennings, few game show contestants ever reach. Clark County, Nev., declared a “James Holzhauer Day,” and he was given a ceremonial key to the Las Vegas Strip. A minor-league baseball team in upstate New York offered him a chance to work as its general manager (for a day). His success rubbed off on the show itself, which drew its best household ratings in 14 years, according to Nielsen. 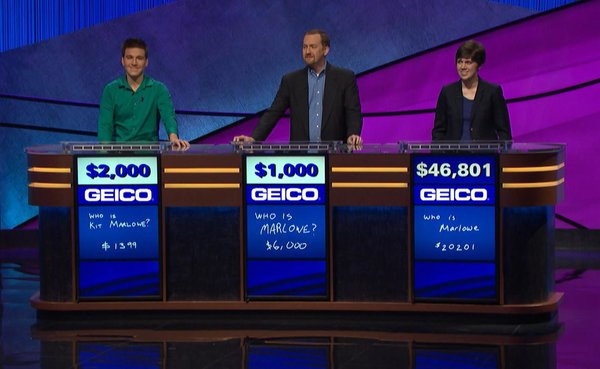 Though he eventually lost, Holzhauer’s statistics will be tough to beat: He won an average of $77,000 per game, more than double Jennings’s rate.

[Read more about Holzhauer’s childhood as a slacker with a gift for math.]

The host, Alex Trebek, who has continued to moderate the show despite living with Stage 4 pancreatic cancer, said in a television interview in May that Holzhauer appeared to have no weaknesses as a player. It helped that Holzhauer was a beast with the buzzer, having practiced at home with a mechanical pencil.

Despite a workmanlike efficiency and a practiced smile that invited comparisons to cyborgs, Holzhauer allowed some charm to break through. He often calculated his Final Jeopardy wager so his total winnings for the game matched meaningful dates, like his 4-year-old daughter’s birthday. He also wrote greetings to his friends and family on his Final Jeopardy answer, a habit that other contestants picked up on; the show eventually began enforcing an existing rule prohibiting such messages.

Online, he bantered with fans in a dryly humorous Twitter feed and even trash-talked with Jennings while knowing (but unable to reveal) that he would fall just shy of his record.

Holzhauer dominated the game with a strategy that made some commentators wonder whether he “broke the game” and was draining the show’s prize budget. (The show said he was not.)

Others proclaimed him to be an inspiration for investors, entrepreneurs and others who must take calculated risks.

Holzhauer went for all of the high-value questions first, hunted for the Double Jeopardy items, and when he found them, bet all he had.

“A lot of the opponents have adjusted to the strategy,” he said in the interview, “but not all of them have had the guts to actually back it up with a big bet.”

Boettcher did. The 27-year-old University of Chicago librarian said in an interview that she has watched “Jeopardy!” religiously for years, playing along with a pen as a makeshift buzzer and documenting her scores in a notebook. For each row on the “Jeopardy!” board, Boettcher said, she had calculated the percentage of times she answered correctly. She did the same for the Daily Doubles.

“I knew going in that Daily Double hunting was something that I could do and feel confident doing,” she said. “I don’t need to be cautious around that.”

Holzhauer said that one turning point during the game was when he picked a clue worth $1,200 from a category with clues about capitals.

“The answer to this question occurred to me a second too late, so she was able to out-buzz me,” Holzhauer said.

The next clue Boettcher chose was a Daily Double, and Holzhauer said it was the same box he would have chosen next. Boettcher was behind at that point, so she wagered everything. And she got it right.

That’s when Boettcher thought to herself, “I’ve got a shot now.”

By the time the show reached Final Jeopardy, Boettcher was leading. Then, the final clue: The line “A great reckoning in a little room” in “As You Like It” is usually taken to refer to this author’s premature death. Boettcher, who was an English major at Princeton, Holzhauer, and the third contestant all answered correctly. (Who is Marlowe?)

“What a game! Oh my gosh!” said Trebek, usually a dispassionate host. Holzhauer immediately walked over to give Boettcher a high five.

“I lost to a really top-level competitor,” Holzhauer said. “She played a perfect game. And that was what it took to beat me.” 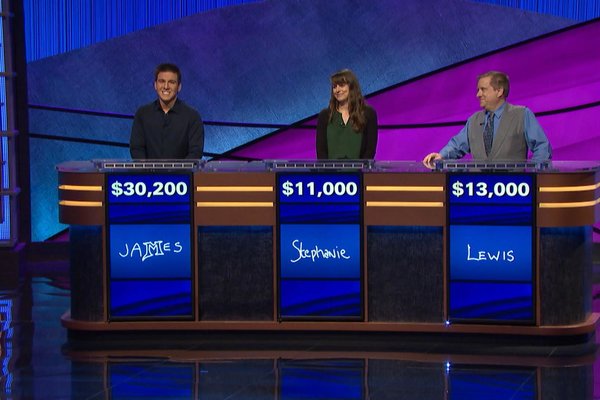 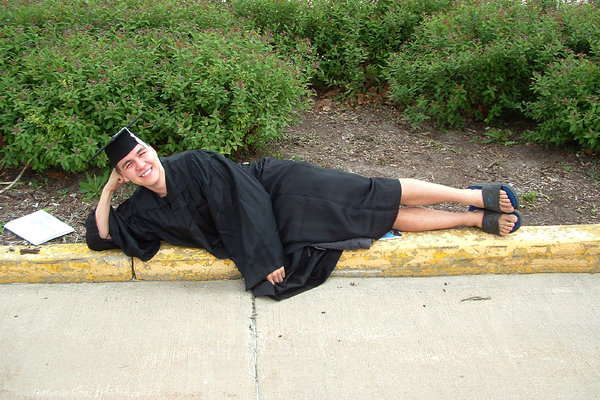 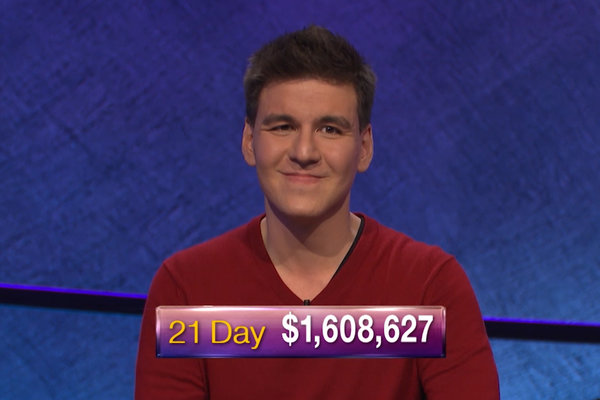